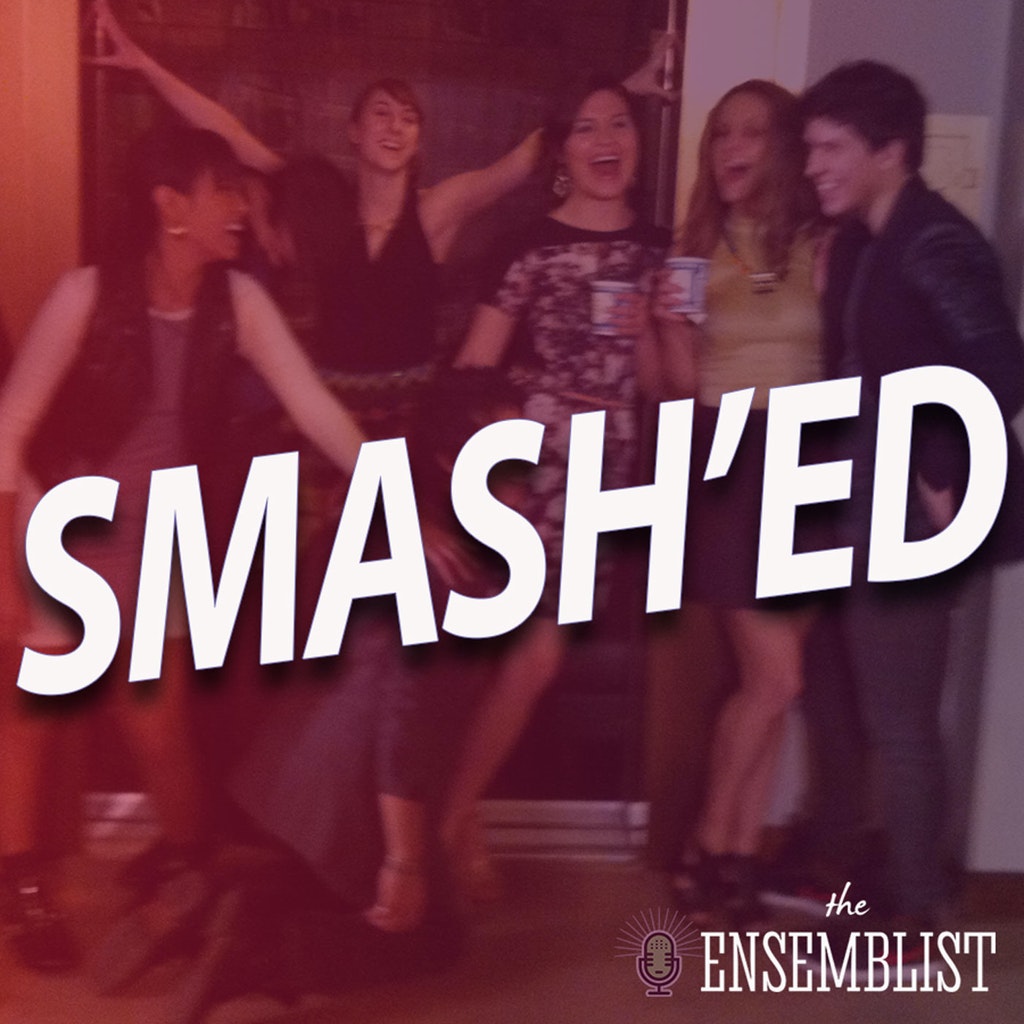 “The Transfer” premiered on May 11, 2013. It was written by Justin Brenneman and Julia Brownell; Brenneman is a Smash rookie, while Brownell last penned last month’s episode, “The Dress Rehearsal.” The episode was directed by Holly Dale, also a newcomer to our Smash world. The viewership fell for its last time in the series, dipping by 270,000 to a total of 2.01 million viewers.

We had four original songs in the episode this week. Our two from Hit List included “Pretender,” written by Lucie Silvas and Michael Busbee, and “I’m Not Sorry,” written by Andrew McMahon. Marc Shaiman and Scott Whitman penned our remaining two for the Houston/Levitt revue, which were the punny “Grin and Bare It,” performed by Megan Hilty, and “The Right Regrets,” sung by our now-defunct music team Christian Borle and Debra Messing.

Audiences are literally running to see Hit List on Broadway with Derek’s former assault-ee Daisy now understudying Ana but something about the show isn’t working uptown. Derek is worried that the problem is Ana’s performance as the Diva, so he tries putting Daisy on for the role. Jimmy wants a posthumous Tony Award for Kyle, so he and Julia get to work on finding a solution that brings some of the downtown magic Hit List had off-Broadway up to 46th Street.

The great Lindsay Mendez guest stars as the great Lindsay Mendez performing in a one-night concert of Huston and Levitt songs designed as a ploy for Tony nominations. You see, as Eileen knows “the Tonys are not just about a great show, but a great story.” And Bombshell’s story is that Tom and Julia are a great, yet so-far unawarded pair of song writers so she asks the semi-estranged duo to perform a duet at the concert.

Ivy and Karen make a Times Square promise that although award season is bound to get a little crazy, they promise to be adults about it. Ivy’s pill-popping past is catching up with her, so she has to start fixing her reputation from difficult diva to sweethearted star. But the player with more on the line is Derek, who is being blackmailed by a “Not Sorry” Daisy in exchange for taking over Ana’s role.

Everyone who’s anyone shows up for the Huston-Levitt concert, including pre-icon Lin-Manuel Miranda playing a twitter-obsessed, Jonathan Groff-obsessed Lin-Manuel Miranda. That is, everyone except for Julia who is too busy reworking Kyle’s ideas into ways to save Hit List. Covering for Julia missing in action, Ivy throws caution to wind and doubles down on her bawdy reputation in a burlesque performance of “Grin and Bare It.” And in the 11th hour, Julia finally arrives to perform a nostalgic duet with Tom as they both decide to say goodbye to their writing partnership.

When Ivy is confronted by Ana about Derek, the leading lady takes on Karen saying”you play this naive, just-off-the-bus routine to get exactly what you want, but deep down you’re just as calculating as the next person.” In a parting shot, Ivy tells Karen that she’s glad Hit List made it to Broadway because now she can beat her fair and square for the awards. Also, she’s pregnant.