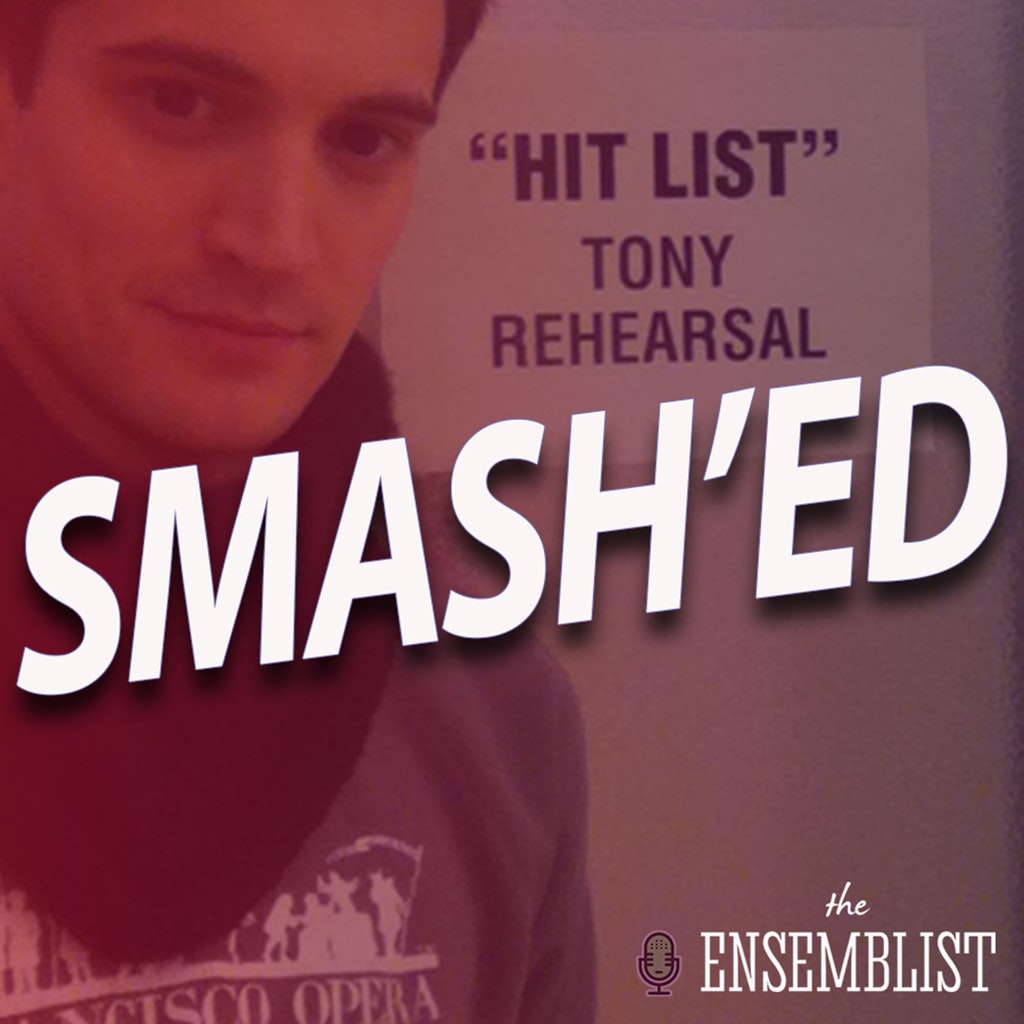 The penultimate episode of season 2, “The Nominations,” premiered on May 26th, 2013. It was written by Bryan Goluboff, who last penned “The Dramaturg” earlier this season, and was directed by Michael Morris, who has written a number of season 2 episodes. The viewership jumped up by .43 million viewers from the last episode, bringing the total viewership to 2.44 million.

We had three featured songs this week, with our only original song being an excerpt of Hit List’s “Rewrite This Story” written by Pasek & Paul. Our two others included a cover of Traffic’s “Feelin’ Alright” sung by Megan Hilty, and “If You Want Me” from Once, performed by Krysta Rodriguez.

It’s just days until Tony Award nominations come out, and nobody’s feeling alright: Eileen wants more nominations than Hit List, Tom wants a win to cement his future as a director. Oh, and Ivy Lynn is puking in the bathroom between scenes because she’s pregnant. Jimmy is worried that Kyle won’t be recognized with a Tony nomination for Best Book, but Hit List’s producer Jerry says he’s worried about the wrong thing: Ana is filing a wrongful termination suit against Derek.

The Outer Critics Circle deems “Best Director” a tie between Derek and Tom, and Julia Huston wins “Best Book” for Bomshell. But Hit List walks away with the rest, including acting awards for Karen, Sam and Daisy. The win for Daisy lights a fire under Karen’s ass to protect her roommate, igniting her to storm into Daisy’s dressing room demanding she quit Hit List. But Daisy’s been working too hard for ten years to give up this opportunity.

At the Outer Critics Circle luncheon, Julia gives a touching tribute to Kyle, and Tom dedicates his joint win to Derek, but afterwards tensions fire as Jimmy interrupts the proceedings to give Julia a lecture in theatrical ethics. Burning the candle at both ends and with his voice failing, Karen encourages Jimmy to call out of that night’s show and watch the fruits of Kyle’s labor from the audience. Teary-eyed after sitting in the Barrymore, Jimmy realizes that theatre lovers will remember Kyle for his work onstage, not because he did or didn’t win a Tony.

The morning of the nominations are announced, everyone from the Bombshell and Hit List camps are crowded around their screens to watch them live. Bombshell gets 12 nominations, including those for Ivy, Leigh, Derek, Julia, Tom but Hit List gets 13 with nods for Karen, Daisy, Derek, Jimmy and Kyle. But all is not peachy, as Julia being dragged to court by her soon-to-be-ex-husband and Derek publicly acknowledges that he wrongly terminated Ana and gave the part to Daisy after sleeping with her.