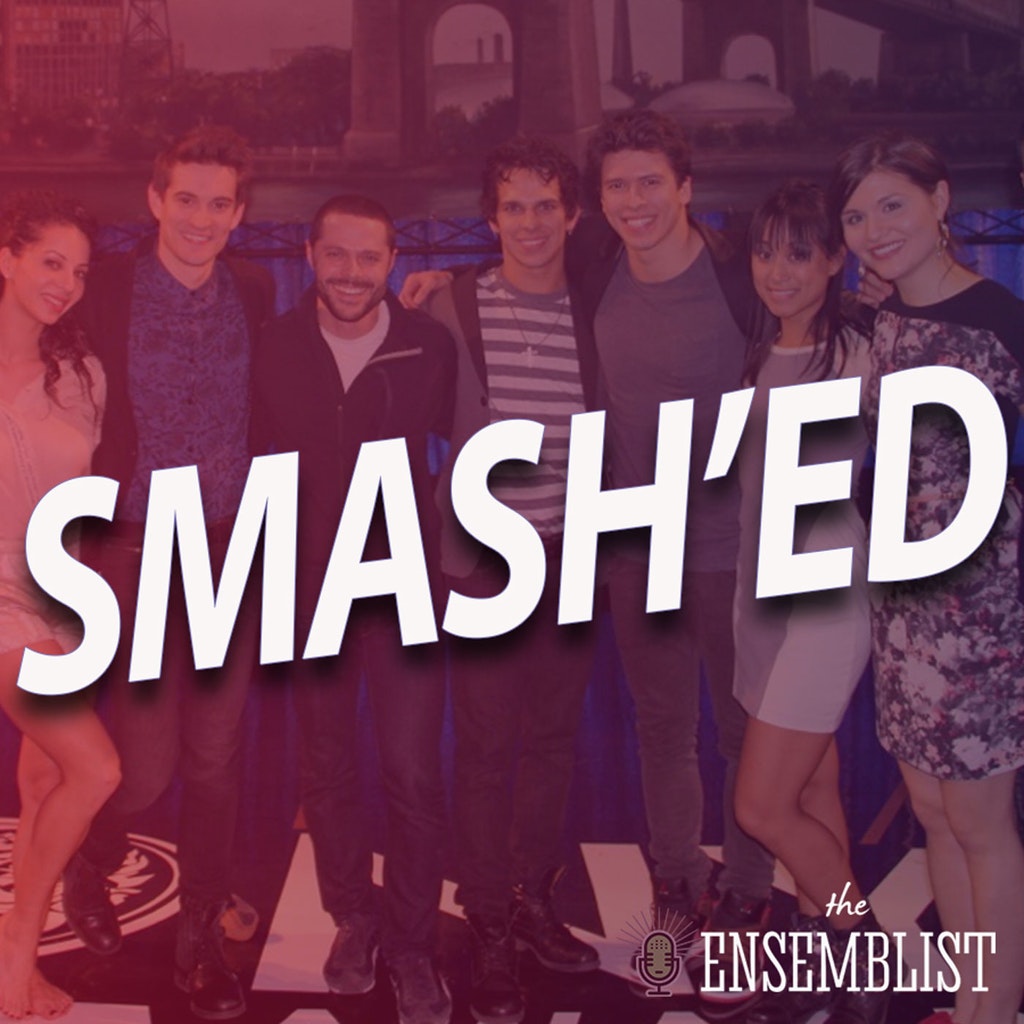 Smash’s series finale “The Tonys” premiered on May 26th, 2013. It was the second part of a two-part series finale event that night. The finale was written by season 2 showrunner Joshua Safran, and directed by Michael Morris, who directed the previous episode as well (again, two-parter). And surprise, surprise, the viewership stayed the same from the previous episode (which was an hour ago) which came in at a steady 2.44 million viewers.

Our finale’s set list was comprised of three songs: one cover and two originals. Our cover featured the majority of our principal cast singing “Under Pressure” by Queen. For our originals we were treated to a very Pitch-Perfect-esque Tony Performance of the Hit List staple “Broadway Here I Come,” written by Joe Iconis and performed by the full Hit List Cast (sans Mara Davi), and as our finale ultimo, in-house team Marc Shaiman and Scott Whitman took the series home with their original song “Big Finish” sung by our leading-lady duo, Megan Hilty and Katharine McPhee.

After two seasons, the companies of Bombshell and Hit List are both “Under Pressure” as they march toward the Marquis Theatre – home of this year’s Tony Award ceremony. With only 12 hours until the big show, Tom and Julia are writing their possible acceptance speech, Derek is drinking to forget that he publicly admitted casting Daisy in exchange for sex, and Leigh and Ivy discuss how the other one has better chances of winning.

Gabe and Lexi are furious that they’ve been called in to perform at the Tony Awards to support Daisy, until Ivy reminds Karen and company that they can refuse to perform with her. When they do, producer Jerry counters by giving Daisy the chance to perform “Reach for Me” instead. But following her win for Best Featured Actor, Derek decides to make it right and take Daisy out of the Tony performance, putting in Karen, Jimmy and (surprise) Ana in an a cappella performance of “Broadway, Here I Come.”

After winning for Best Score, newly minted Tony winners Tom and Julia decide to stay together as a writing team. Ivy gives a touching ode to live theatre in her acceptance speech for Best Actress and while Hit List walks away with most of the initial awards, Eileen Rand’s Bombshell takes home the prize for Best Musical.

In its closing moments, the cast of Smash couples up – Ivy with Derek, Julia with Michael Swift, Eileen with her formerly imprisoned bartender, Karen with a prison-bound Jimmy- and the series finale ends with as much of a non-sequitur as it began: an out-of-time duet performance by our two divas giving the show a “Big Finish.”