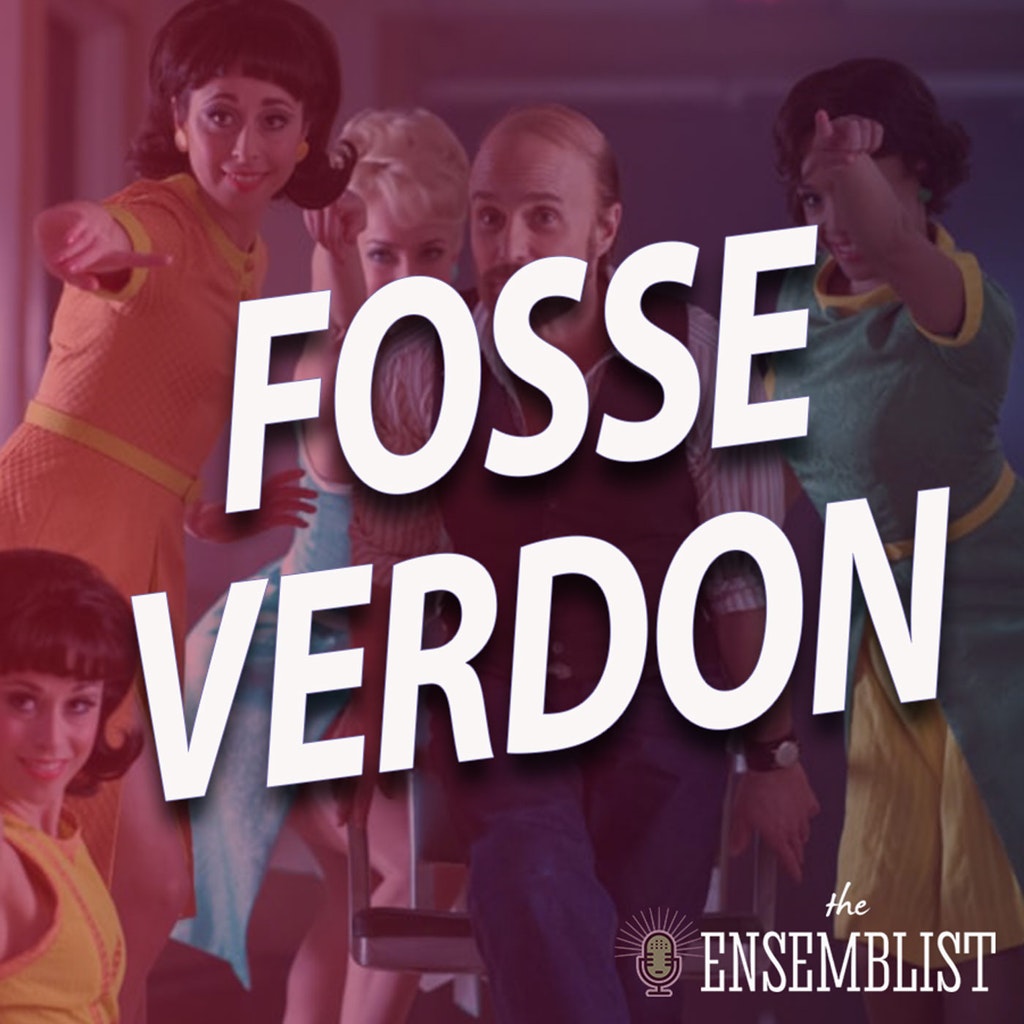 “Me and My Baby” premiered on April 23rd, 2019. It was written by Debora Cahn, and directed by Adam Bernstein. In this episode we are treated to our first numbers not originally choreographed by Bob Fosse: the opening dream sequence to “Wilkommen” and the Jack Cole revue number, both choreographed by Andy Blankenbuehler. Portraying a bevy of beautiful secretaries are Mackenzie Bell, Anna Noble, Sam Farrow, Mindy Wallace and sisters Leigh-Ann and Sara Esty. In a flashback to Gwen’s early career in Los Angeles, we also see a quintet of Broadway’s best: Adrian Lee, Ricky Ubeda, Ryan Steele and Reed Luplau, all centered around the flawless Eliza Ohman.

While the titular song from Chicago does not appear in the episode, the featured music that does all comes from the musical Cabaret, with music and lyrics by Kander & Ebb. We are treated to Ethan Slater portraying the legendary Joel Grey in “Wilkommen” and “Two Ladies” accompanied audibly by Alysha Umphress and Morgan Weed, and visually by Lindsay Dunn and Kaitlyn Edgar, as well as footage of Kelli Barrett singing “Mein Herr” from a previous episode.

Bob ends his vacation early to begin the editing process of the Cabaret film, but is not happy to find that the editing team has already created an “unwatchable” rough cut that makes him feel like the world is falling apart. Bouncing into Gwen’s apartment with Chinese food, he asks Gwen to join him in the editing room because he’s “feeling a little lost right now.” However, Gwen isn’t available to assist Bob because she’s going to be in rehearsals for a play – a straight play – called Children! Children!

The two play power struggle with their daughter Nicole, both claiming that they can’t be responsible for her while they are working. When Gwen passes her off to Bob for a dinner meeting with her manager Mel, Bob passes her off to his friend Paddy. When Gwen finds out, she explodes at Bob who considers watching his own daughter a favor.

Being taken advantage of by Bob reminds Gwen of her teenage self living in Culver City, California, when caught the eye of James Henaghen, a prominent theatre critic who rapes, impregates and then agrees to marry the young Verdon. Filling in for her deadbeat husband, he reviews a performance of the Jack Cole dancers and realizes she needs to perform for him, leaving her bastard infant son with her parents to go on tour.

In addition to playing wife and mother to Bob, the writers of Children! Children! want Gwen, two-time Tony Award winner, to audition for the role. She pretends to love the audition process: “it’s like a first date with a new crush,” and gets the part, although Mel confides in her that she was “not everyone’s first choice.” In rehearsal Gwen gets singled out with more notes and adjustments than she’s used to, a sharp juxtaposition to how she was lauded for her performance in Can Can. Feeling inept at her work in the rehearsal room, Gwen offers her services in Bob’s editing bay where she is subservient but shines.