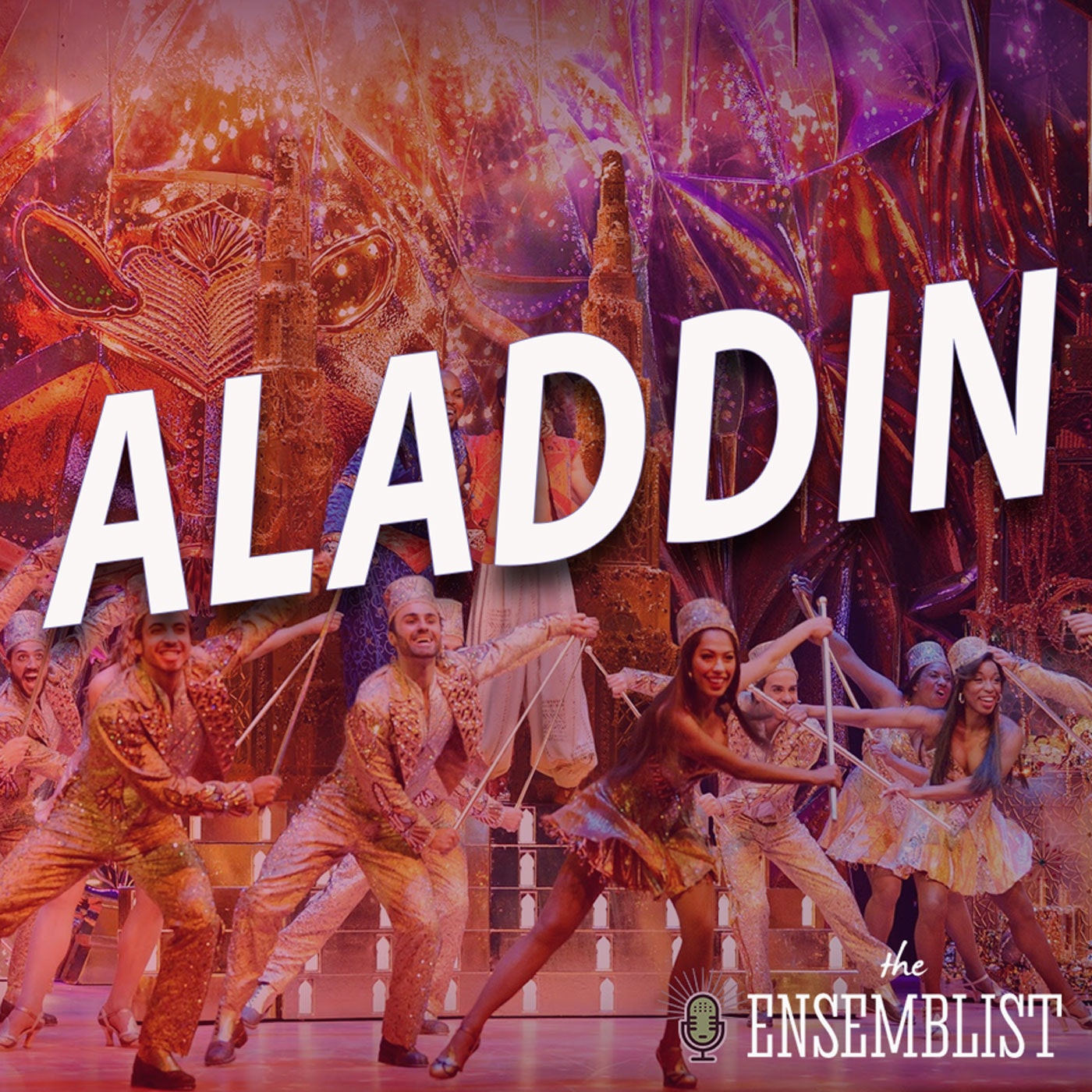 Disney’s Aladdin, beloved animated classic turned hit musical, opened on Broadway at the New Amsterdam theater in March of 2014, directed and choreographed by Casey Nicholaw with score by Alan Menkin, Howard Ashman, Tim Rice and Chad Beguelin. Featuring both iconic songs originally written for the animated movie as well as some brand new tunes, it received five Tony nominations, and gave James Monroe Iglehart his first Tony win. Ho  Audiences have been dazzled, not only by 100,000’s of swarovski crystals, but the timeless story of street-rat to prince, and trapped princess turned independent woman. Since then the magic of Agrabah has been brought all over the world and to every corner of North America!

On today’s episode, we share some of our favorite stories from members of the Broadway and national tour casts of Aladdin, originally shared on the podcast or on our blog.