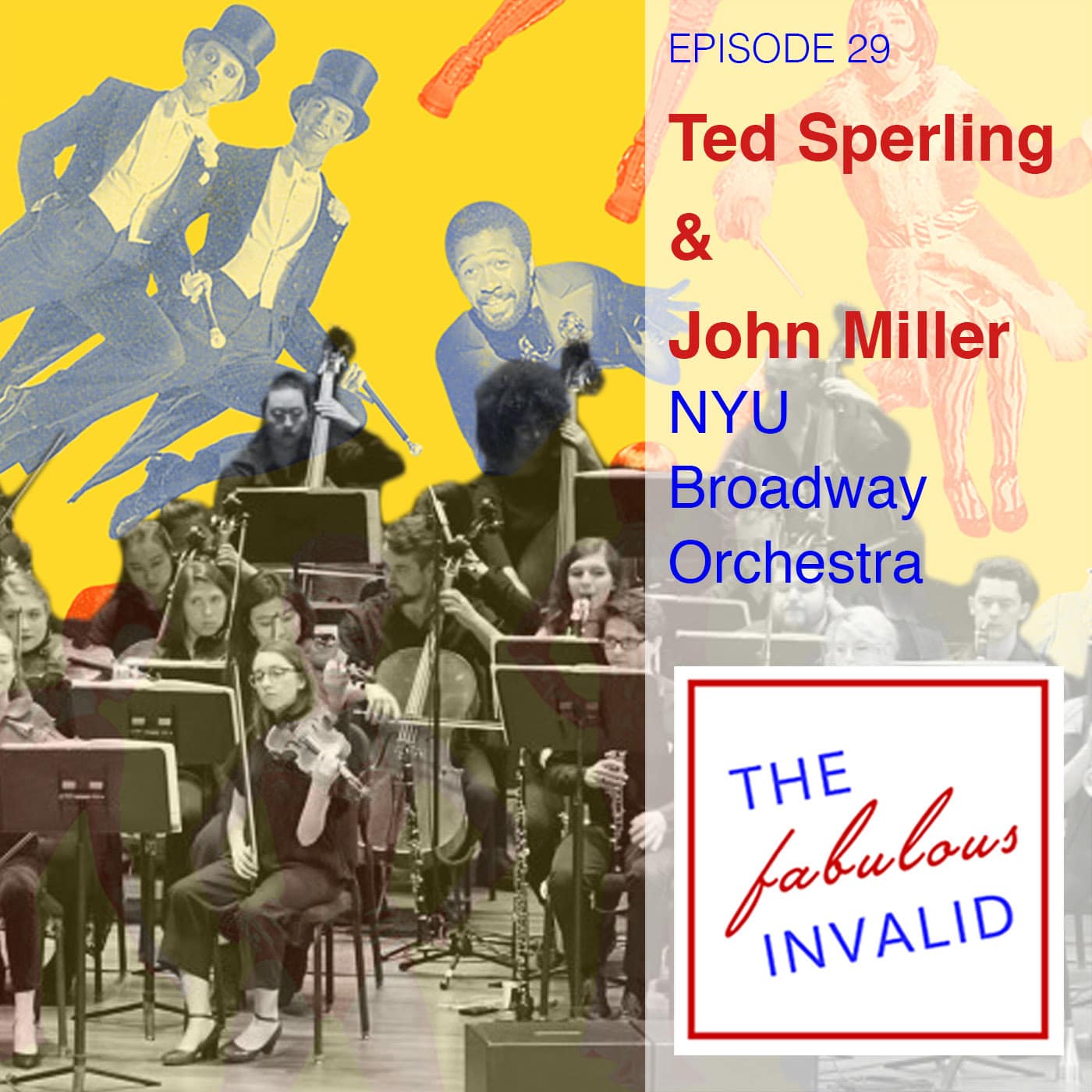 This week, Jamie and Rob are joined by Ted Sperling and John Miller, the music director and artistic advisor, respectively, of the new NYU Broadway Orchestra, a program to train the next generation of pit musicians. Ted is a musical director, supervisor, conductor, arranger, composer, and orchestrator extraordinaire with 15 Broadway credits under his belt, including the current revival of My Fair Lady. John is a legendary bass player, music coordinator, and occasional actor and vocalist who has worked on more than 130 Broadway shows! Before the interview, Jamie and Rob argue about 1776 the musical and a bit later, Rob gives us a little more information about the size and locations of Broadway pit orchestras.

This week’s music: “Opening Doors” from Merrily We Roll Along, the Overture to Gypsy, “Come Follow the Band” from Barnum, and the NYU Broadway Orchestra’s Anything Goes Overture.