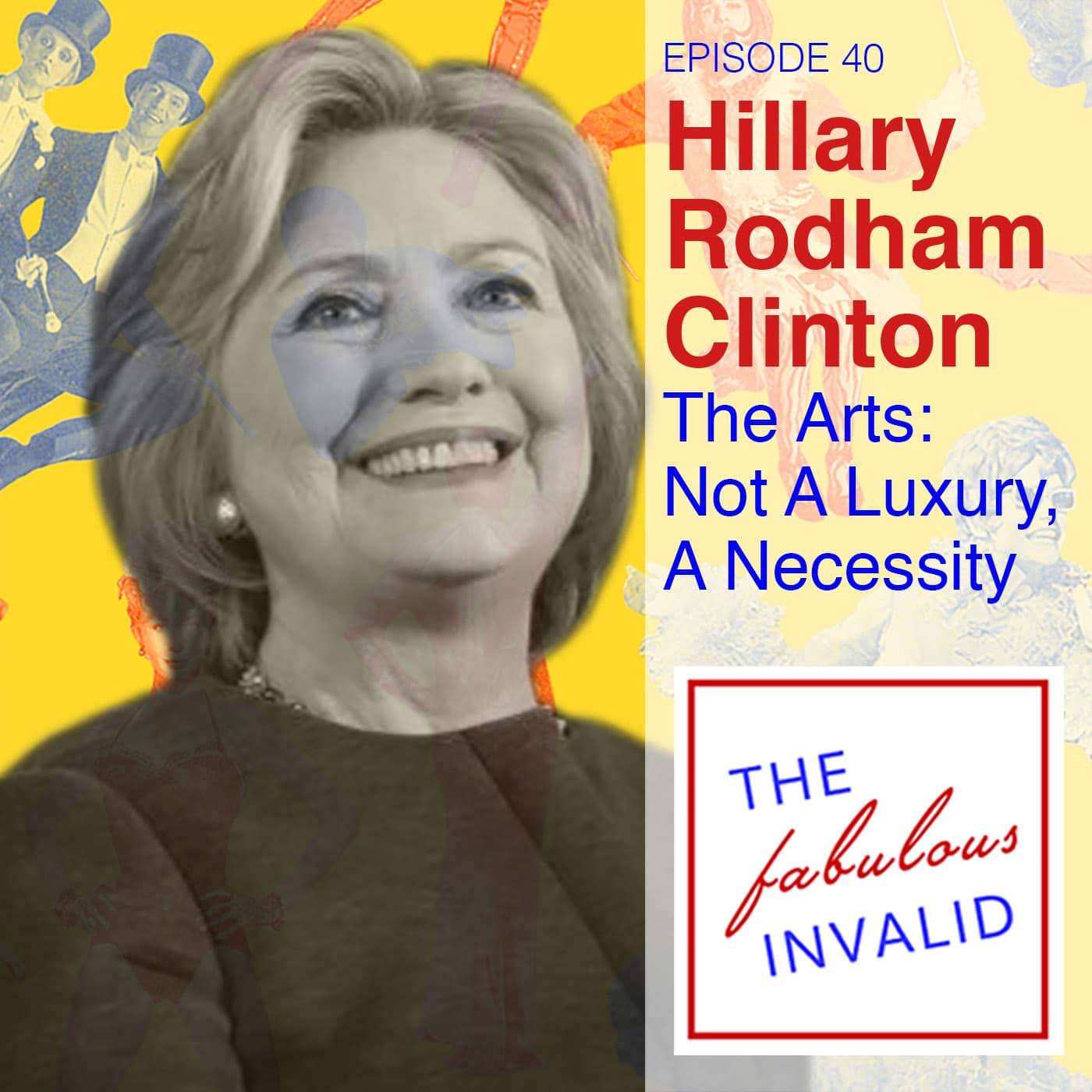 Episode 40: Hillary Rodham Clinton: The Arts – Not A Luxury, A Necessity.

For the season one finale, Jamie, Rob, and Jennifer sit down for an exclusive interview with former First Lady, Senator, Secretary of State, presidential candidate, and Broadway’s biggest fan Hillary Rodham Clinton. They discuss theater and politics (what’s the difference?) and dive deep into Secretary Clinton’s lifelong love of the arts. Then, Jamie gives us a little background on Rob. And that’s a wrap for season one!

This week’s music: From “Hair, the New Broadway Cast Recording”, “Hair” and “Good Morning, Star Shine,” “Camelot” from the original cast recording of Camelot,, “Overture” from The Band’s Visit, “The Room Where It Happens” from Hamilton, and “Why We Build The Wall” from Hadestown.