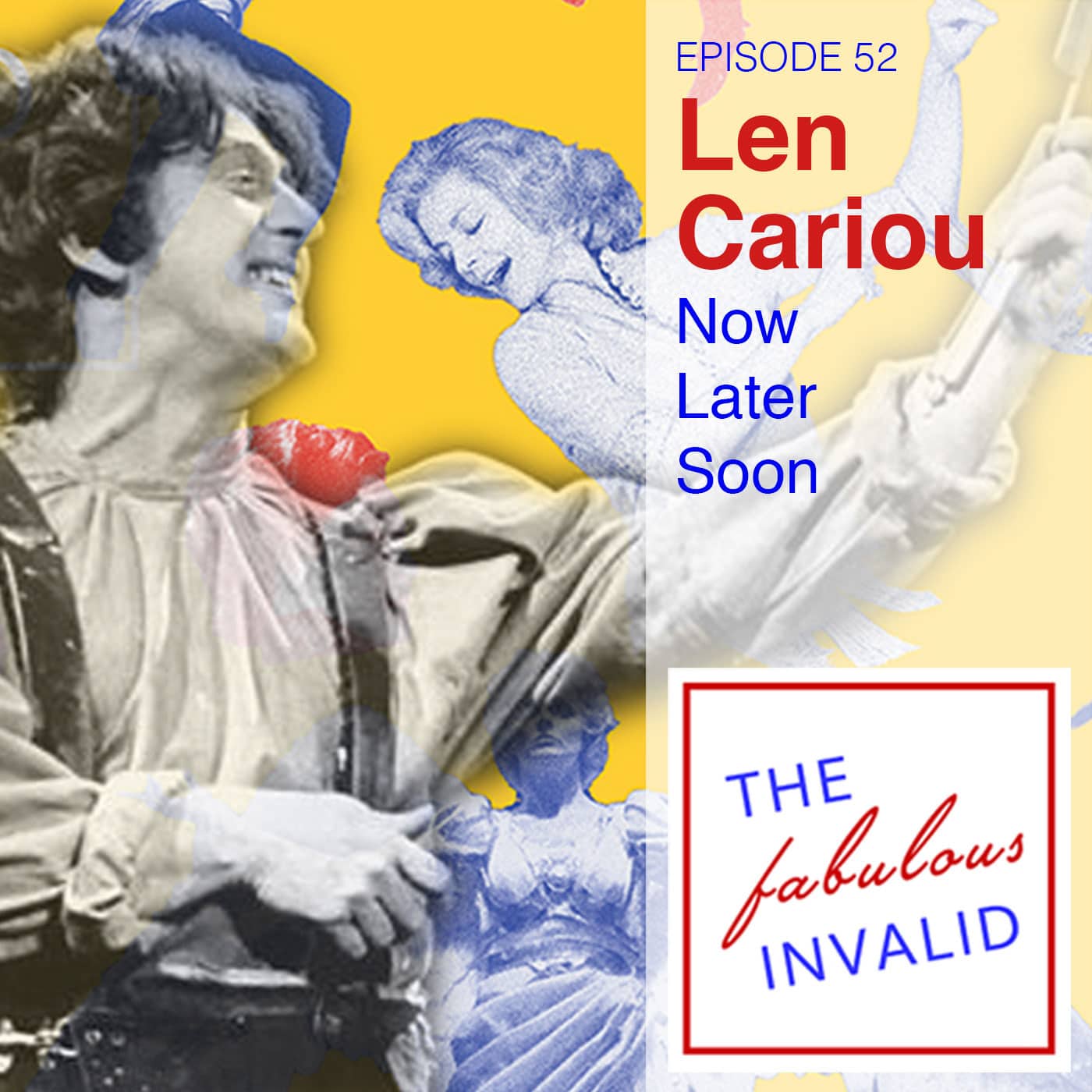 On this week’s show, Jamie and Rob are back at Orso Restaurant with legendary actor Len Cariou. With a career spanning over five decades, Len created roles in “Applause” and “A Little Night Music” before his Tony and Drama Desk Award winning turn as the title character in “Sweeney Todd”. Len is currently starring Off-Broadway in “Harry Townsend’s Last Stand”, and can also be seen on CBS’s hit drama, “Bluebloods”. Following the interview, Rob gives us a bit more information on the legend of “Sweeney Todd”, and before we sit with Len, Jamie and Rob talk about winter, sweaters, and Rob’s swan-like neck.

This week’s music: “But Alive”, and “Think How It’s Gonna Be”, from “Applause”, “Now, Later, Soon” and “A Weekend In The Country” from “A Little Night Music”, and “Act 1 Prologue”, “Prelude”, “The Barber And His Wife”, “Pretty Women”, “Johanna”, and “Epilogue: The Ballad Of Sweeney Todd”, from “Sweeney Todd: The Demon Barber Of Fleet Street”.