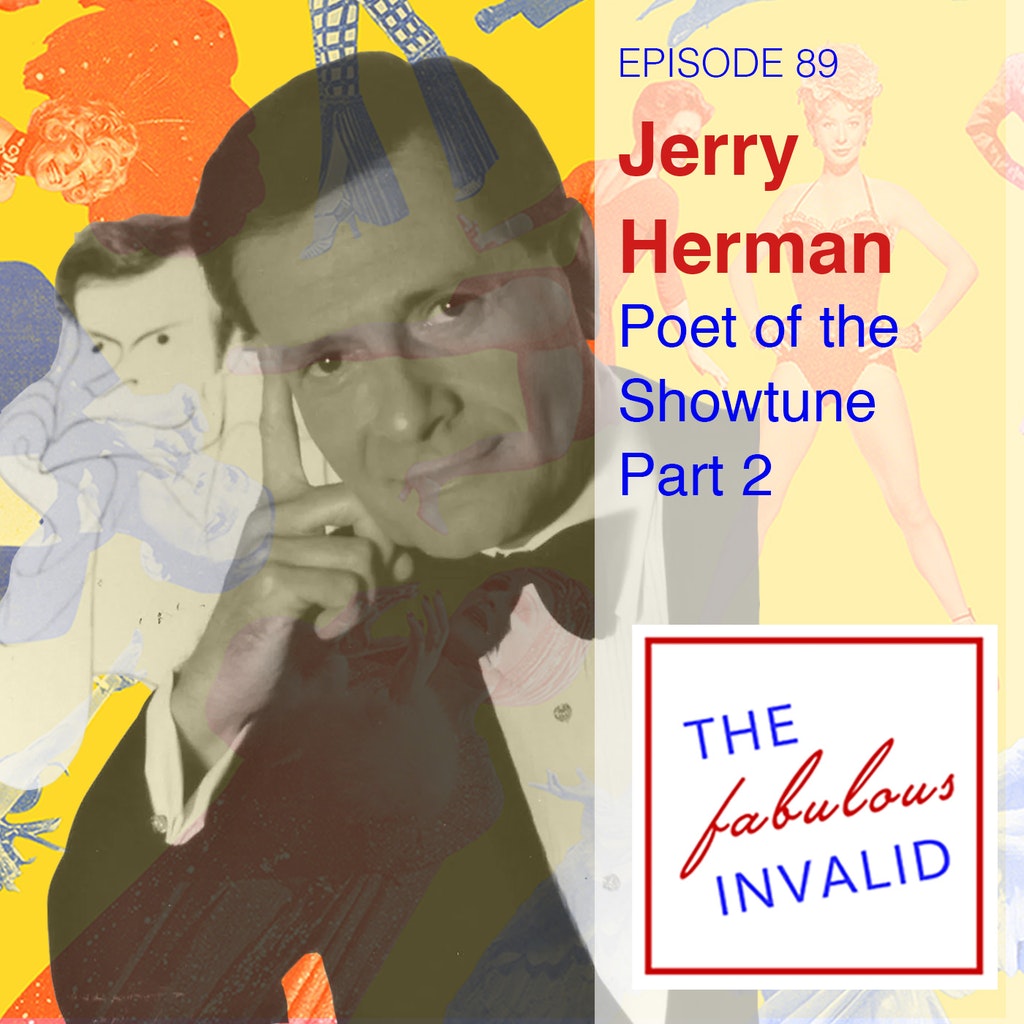 For a special, two-part show, Jamie and Rob take an in-depth look at the life, work, and legacy of Broadway composer and lyricist Jerry Herman—“the poet of the showtune”. They chat with performers Joel Grey, Florence Lacey, Lee Roy Reams, and Alix Korey, music director Andy Einhorn, producer Barry Brown, and actress and cabaret star Molly Pope. Part two focuses on his lesser known shows, “Milk and Honey”, “Dear World”, and “Mack and Mabel”, and his ultimate comeback hit: “La Cage aux Folles”. Tune in to discover why there really is no tune like a showtune!

This week’s music: “Overture”, “Milk & Honey”, Shalom”, “Let’s Not Waste A Moment”, all from “Milk & Honey, Original Cast Recording”. “Overture”, “Each Tomorrow Morning”, “I Don’t Want to Know”, “Dear World”, all from “Dear World, Original Cast Recording”. “I Promise You A Happy Ending” from “Gifts of Love”. “Look What Happened to Mabel” from “Mack & Mabel, 1995 London Cast Recording”. “Just Go to the Movies” from “A Day In Hollywood/A Night in the Ukraine, Original Cast”. “Two A Day”, and “Kiss Her Now”, and “Jerry’s Girls” from “Jerry’s Girls”. “It’s Today” from “An Evening with Jerry Herman”. “Finale”, “Prelude”, “A Little More Mascara”, “The Finale”, all from “La Cage aux Folles, Original Broadway Cast”. “The Best of Times” courtesy of Molly Pope. “I Am What I Am” and “Look Over There”, from “La Cage aux Folles, Original Broadway Cast”. “Miss What’s Her Name”, from “Miss Spectacular”. “I’ll Be Here Tomorrow” sung by Jerry Herman.