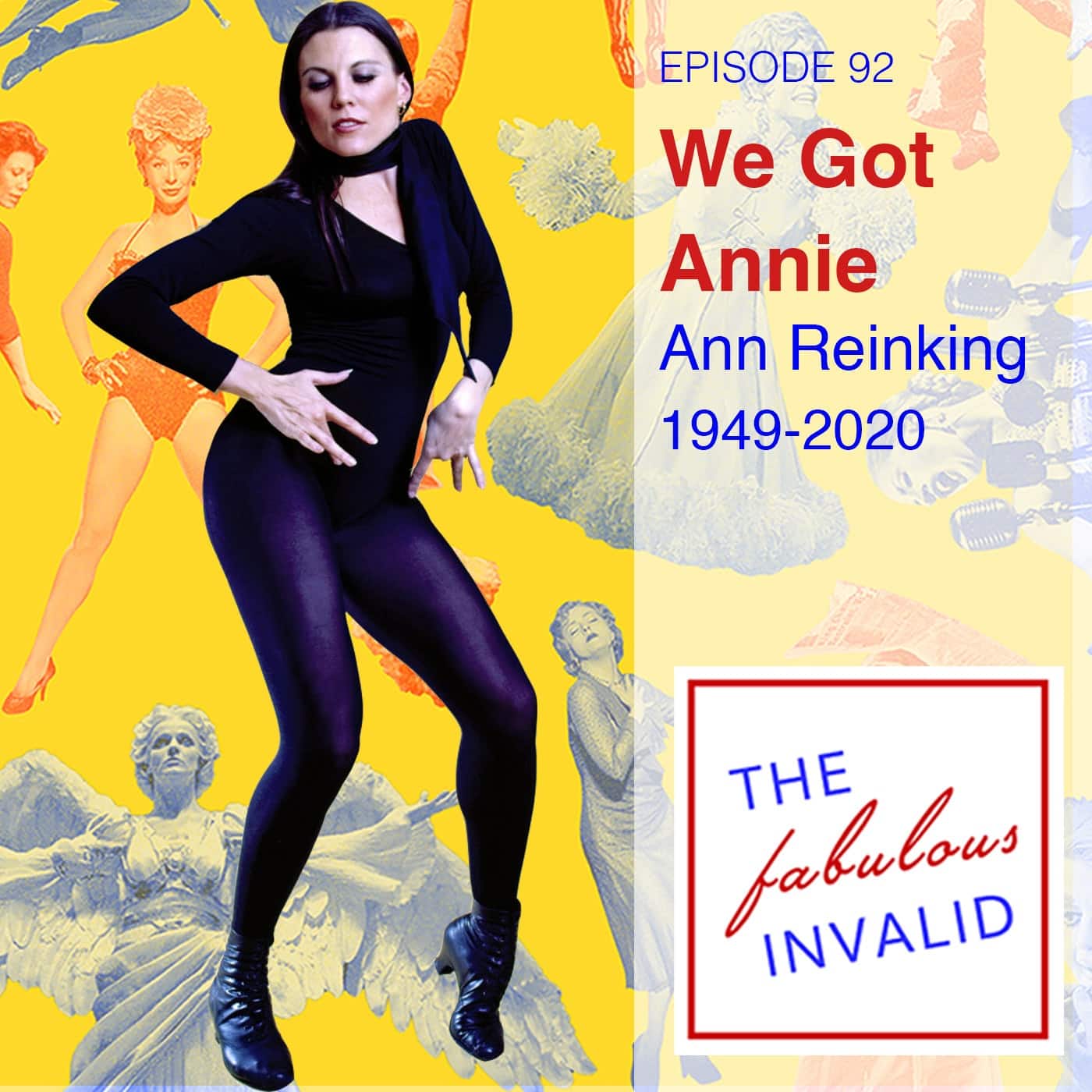 On this week’s episode, Jamie and Rob continue their season-long theme of their “favorite things” by paying tribute to the singular life and work of Broadway dancer, actor, choreographer, director, and Fosse muse Ann Reinking, who passed away in December 2020. In addition to sharing their own reflections on Ann’s remarkable career, Jamie and Rob are joined by Candy Brown (“Pippin”), Marilu Henner (“Over Here!”, “Chicago”), Bebe Neuwirth (“Sweet Charity”, “Chicago”), and Michael Berresse (“Chicago”) who share their own intimate remembrances of their dear friend and colleague. “We Got Annie” is a celebration of one of Broadway’s greatest legends, the unique gifts of her talent, and the indelible impact she made upon theatre history.