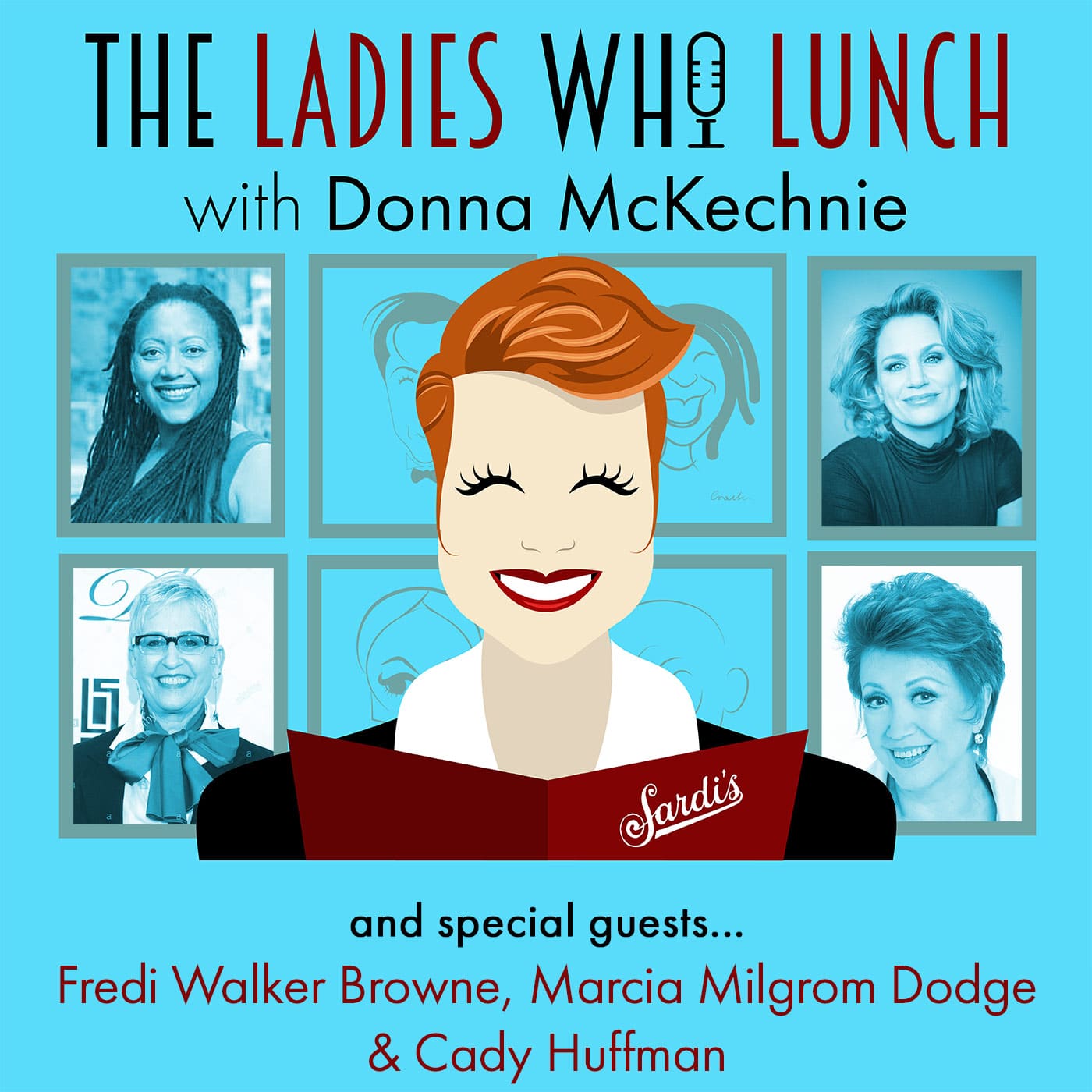 Joanne Jefferson, in the original cast of RENT on Broadway, Fredi Walker-Browne is an actor, director, singer, producer and teacher. Fredi toured nationally with THE LION KING in the role of Rafiki. She is the founder and president of Big Spoon Productions.

Cady Huffman, Tony, Drama Desk and Outer Critics-winning star of THE PRODUCERS for her role as Ulla. She is also acclaimed for her unforgettable recurring role on CURB YOUR ENTHUSIASM and as a judge on the Food Network’s “Kitchen Stadium”.

Tony-nominated Director and Choreographer of the RAGTIME revival, Marcia Milgrom Dodge is also a playwright and a teacher. Marcia has directed and choreographed Off-Broadway and Regional productions for over 30 years.

Every episode is recorded live at the legendary Sardi’s restaurant, 234 W 44th St, New York, NY 10036. Thank you so very much to Max Klimavicius, Sean Ricketts, Beth Shafeman and the entire Sardi’s family for your tremendous kindness and delicious cuisine!