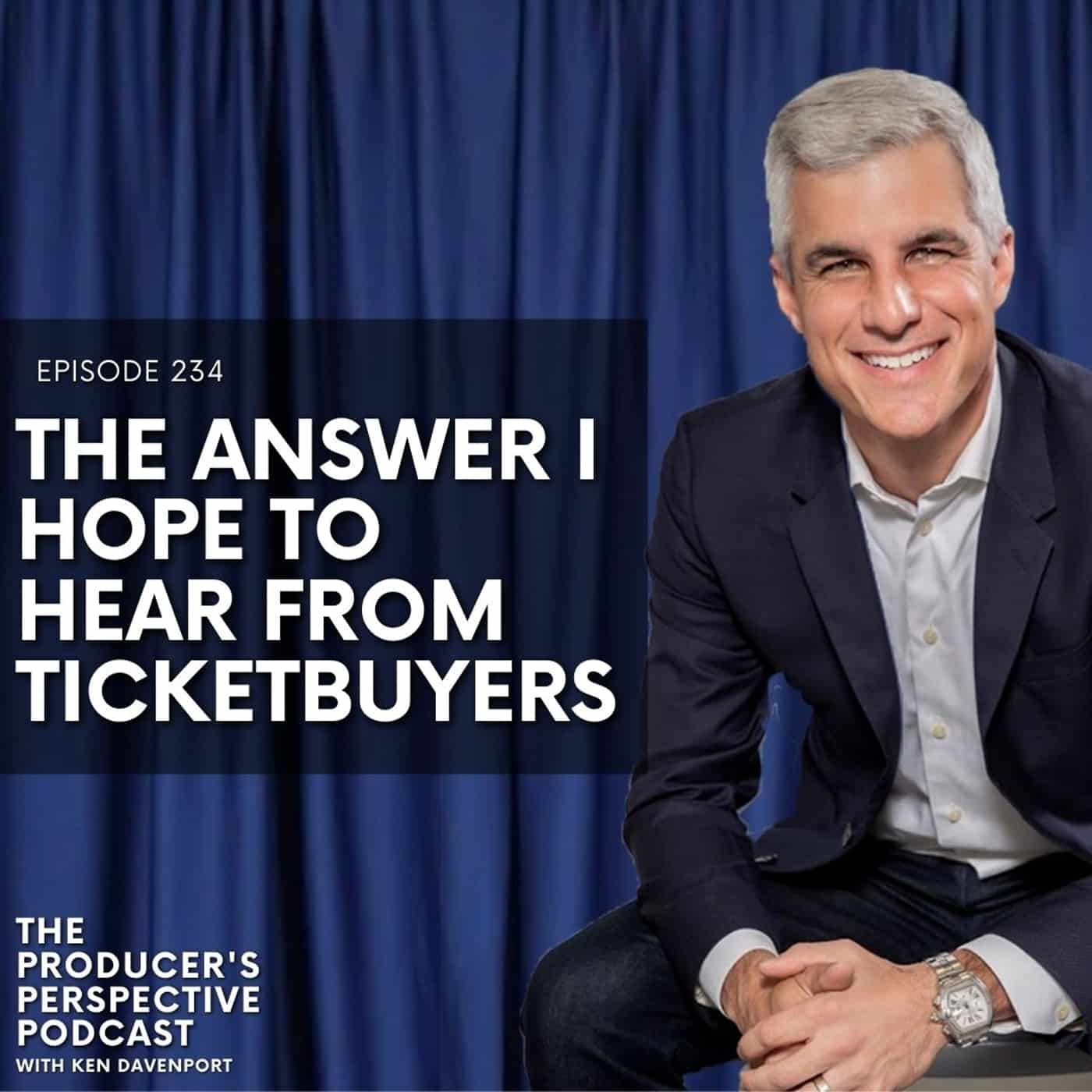 234 – The Answer I Hope To Hear From Ticketbuyers

As the theater comes back to life, marketing is going to be more important than ever before. But before we start advertising, there are things we need to do first: ask our audience how they’re feeling about returning, what’s on their minds about the return of theater, what type of theater they are in the mood to see, etc.