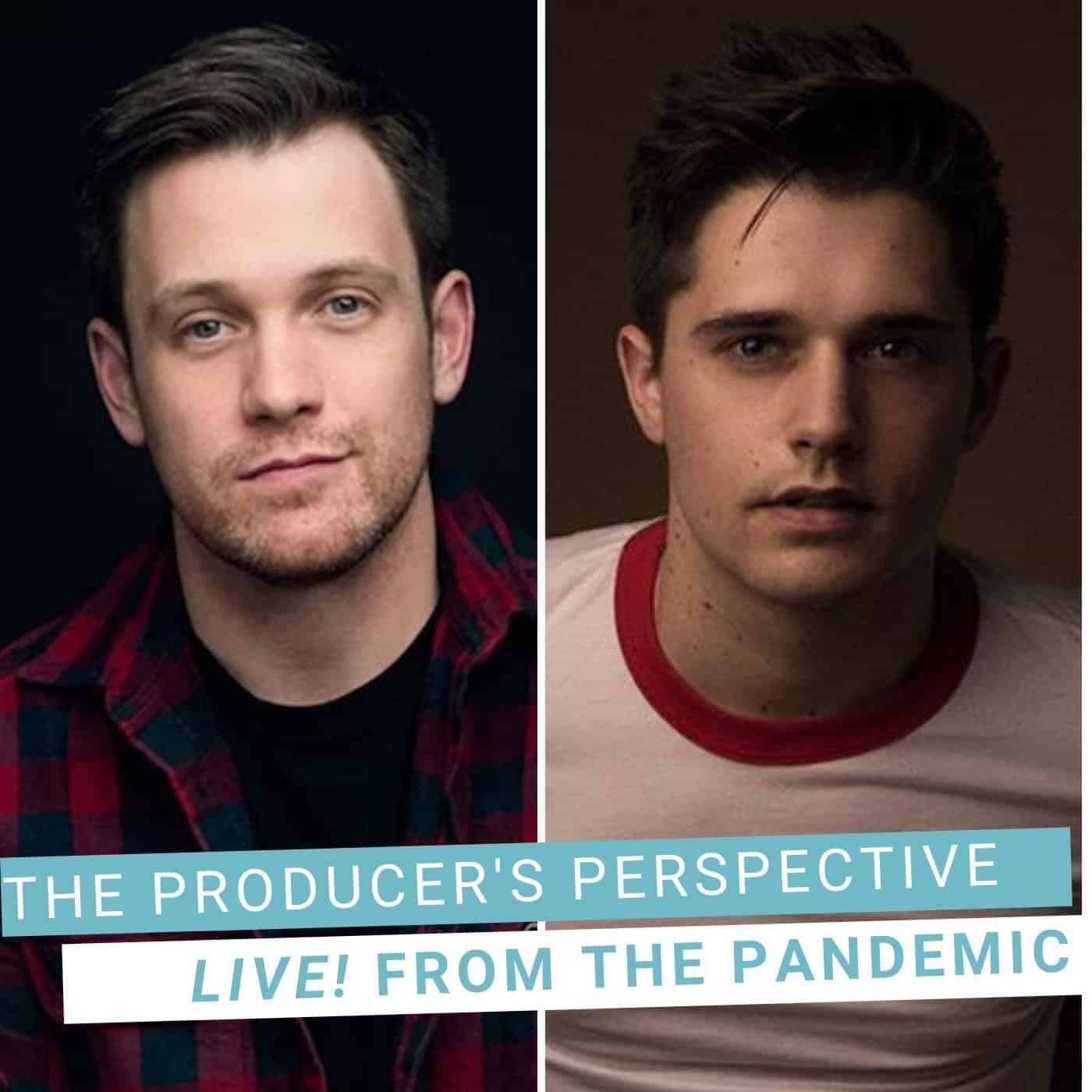 Welcome to the miniseries, The Producer’s Perspective LIVE! From The Pandemic.
Inspired by my podcast and check-ins with friends, I started The Producer’s Perspective LIVE! I started going live every night at 8pm with a superstar TheaterMaker to check in with them and see how they were doing and how this pandemic has affected them.
Many shared how they’ve been keeping those creative juices flowing, sharing many fun memories, raising money and awareness for The Actors Fund and other charitable organizations needing our support. We even started sharing ‘something to make you smile’ by featuring a new music video one of you in the community produced, directed, wrote, performed in!
In this episode, I catch up with Tony-nominated Director MICHAEL ARDEN and Broadway and TV Actor ANDY MIENTUS. In this episode, we talk about Andy’s book series “The Backstagers”, what Zoom rehearsals and readings look like as a Director vs an Actor, and Michael teases the early ideas of a his drive-in theater experience (now called: The Forest of Arden).

Watch the replay of this episode: https://youtu.be/XPB65hkluC4
Follow me on Instagram: www.instagram.com/kendavenportbway
Catch the next livestream LIVE: www.theproducersperspective.com/live

About Michael Arden:
MICHAEL ARDEN is a Tony-nominated director for his revival of Spring Awakening. The acclaimed production transferred from Deaf West Theater in Los Angeles to Broadway in fall 2015. He also won the Outer Critics Circle for Outstanding Director of a Musical and was nominated for a Drama Desk award for the production. Michael made his Broadway debut in Deaf West Theater and the Roundabout Theatre Company’s production of Big River. Other directing credits include My Fair Lady at Bay Street Theater; Merrily We Roll Along at the Wallis Annenberg Center in Los Angeles, where he is currently the Artist in Residence; LA Ronde for his company, the Forest of Arden; and For the Record: John Hughes in LA and NYC. His production of The Pride opened at the Wallis Annenberg Center in June 2017. Other theatre credits include The Hunchback of Notre Dame, The Times they are a Changin’, Ragtime (Avery Fisher), It’s Only Life, Swimming in the Shallows, Ace, Juno, As You Like It, The Winter’s Tale, The Secret Garden, Pippin (Mark Taper Forum), and Aspects of Love at the Menier Chocolate Factory in London. Michael’s film work includes Source Code, The Odd Life of Timothy Green, Bride Wars and So B It. He has also worked extensively in TV, most notably on FX and Fox’s “Anger Management.” Other TV credits include “GCB,” “Nurse Jackie,” “Royal Pains,” “Unforgettable,” “Off the Map,” “Kings,” “The Closer,” “The Forgotten,” “Bones,” “The Return of Jezebel James,” “Cashmere Mafia,” “Grey’s Anatomy,” and “NUMB3RS.” Concert work includes singing with Barbra Streisand, Chris Botti, and performances at 54 BELOW, Feinstein’s at the Regency and Joe’s Pub. Michael is an alum of The Interlochen Arts Academy and The Juilliard School.

About Andy Mientus:
Andy Mientus makes his theatrical writing debut with Burn All Night. Together with his husband, Michael Arden, he conceived Deaf West Theatre’s Tony Award-nominated revival of Spring Awakening, in which he also acted at the Wallis Annenberg Center in Los Angeles and the Brooks Atkinson Theatre on Broadway. As an actor, he has appeared on Broadway, Off-Broadway, at theaters such as The Mark Taper Forum and The Kennedy Center, and on television. He has twice been named in Out Magazine’s list of the 100 most compelling LGBT people of the year. Education: Pennsylvania Governor’s School for the Arts, University of Michigan.

The Producer’s Perspective LIVE! and this podcast episode was produced by Mary Elizabeth Dina.
Learn more about your ad choices. Visit megaphone.fm/adchoices