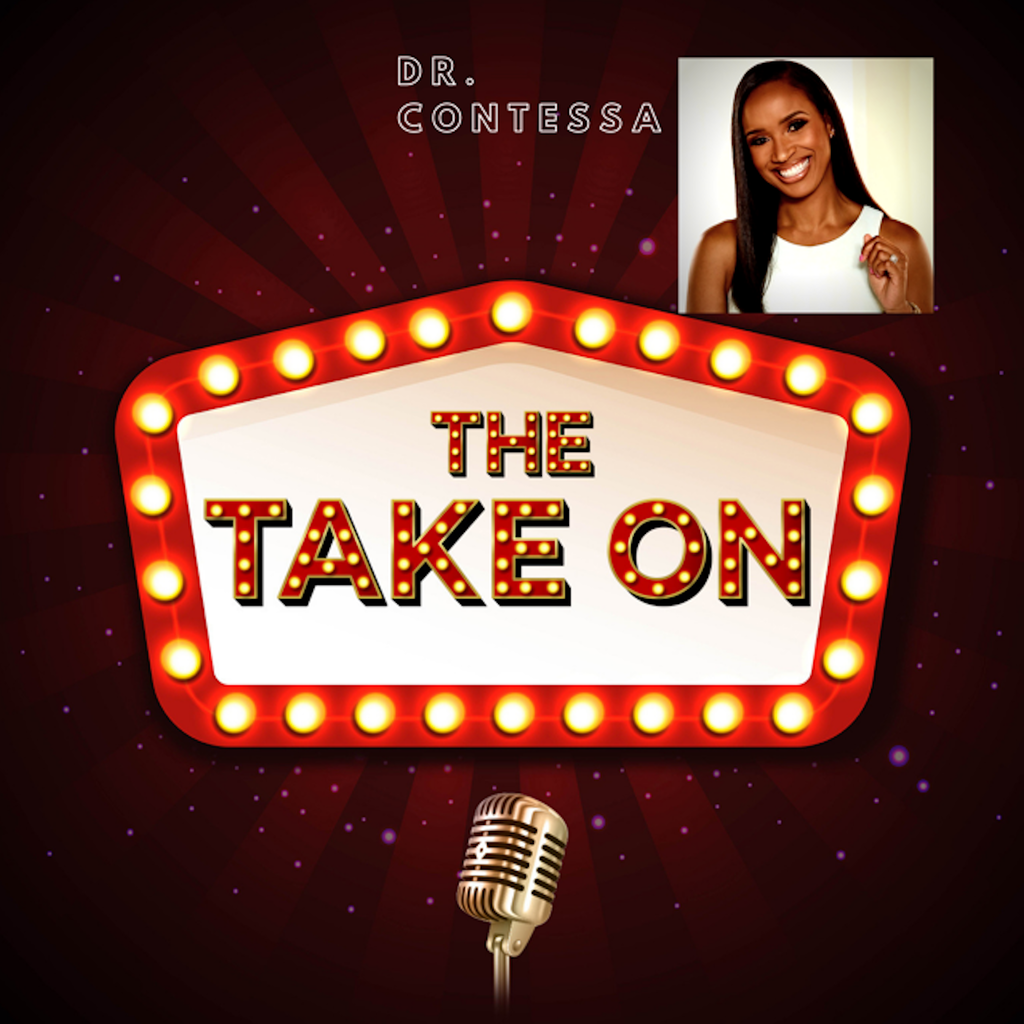 DR. CONTESSA joined The Take On and no topic was off the table! We dived right into how reality TV has changed her life she since joined the cast of Married to Medicine. She blessed us with her black girl magic as we talked about what it takes to keep a family together with as demanding careers as being a doctor and reality star. Feeling uninspired? This is the episode for you because Contessa has the roadmap to living your best life. Hello Doctor. Hello Navy. Hello Wife. Hello Mother. Should I keep going? Contessa addresses the firing of Mariah Huq, and you know she is the villain of Married to Medicine. Tune in to this episode because it will elevate your blood pressure, but good thing Contessa is a doctor.

Contessa Metcalfe was born and raised in Kansas City, MO. She grew up being involved in every activity imaginable from debutante to cheerleader to even being crowned as her high school homecoming queen. Dr. Contessa attended Xavier University where she earned her undergraduate degree and for medical school she attended St. Louis University. While in St. Louis, Contessa knew she had a calling beyond medicine along with an inner desire to do more and she decided to join the Navy as a flight surgeon. During her residency at the National Naval Medical Center, she also learned to how to fly planes. Dr. Contessa’s adventurous personality allowed her to travel the world and while on the road she fell in love and decided to settle down with her husband, Scott. Contessa now focuses on occupational and preventive medicine in addition to owning a medical concierge service called Acute Face MD where she provides VIP services for her patients. She also owns a restaurant in Atlanta, and is a real estate entrepreneur. When Dr. Metcalfe is not on the clock she enjoys riding motorcycles, traveling, and spending quality time with her family. She and her husband, Scott have three kids and she considers them her heart, soul, and by far her greatest accomplishment. Contessa lives by the motto, “Prevention is the key to healthy living.”