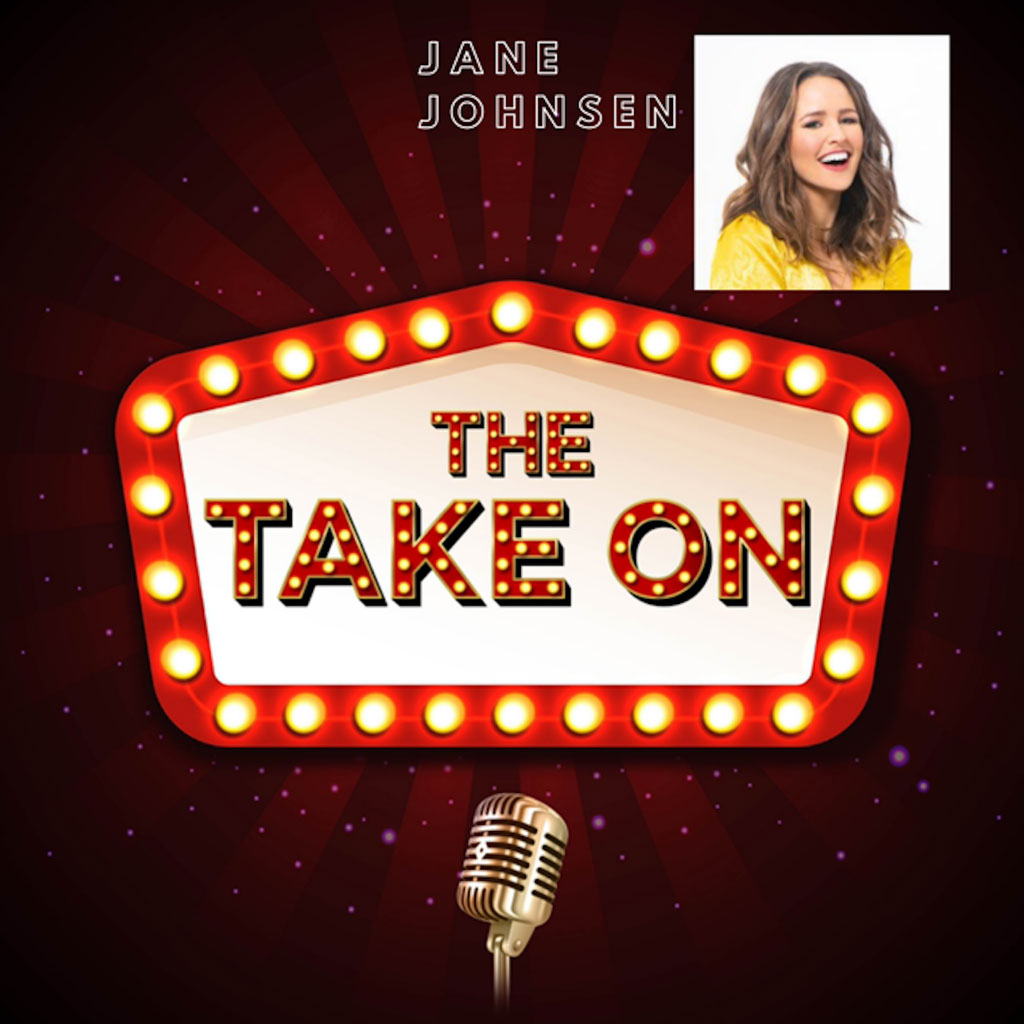 Finally my besty, my best Judy, JANE JOHNSEN joined The Take On! What is the point of having a podcast if you can’t have your hilarious friends on it?! We laughed so much SO if you don’t like to laugh then don’t listen to this! We talk all things from Kanye West to Real Housewives and everything in between. We get SHADY of course, so put on your sunnies today. This episode will renew your belief in comedy being a cure for everything….including Miss Rona.

As an Entertainment Professional, Jane Johnsen parlays her extensive background in creative advertising, marketing and sales into her work as an Entertainment Host, Producer, Writer and Comedian. Passionate about building brands through creative expression, she channels her distinct POV and digital acumen into producing relatable creative work that engages broad audiences.

Jane’s original comedy videos have gone viral with millions of views online, earning her features on both Will Ferrell’s popular comedy network Funny Or Die and Elizabeth Banks’ female-focused counterpart, WhoHaha, for which Jane works as a Creator. As an avid pop culture and entertainment fan, she shares her fresh comedic commentary on YouTube weekly both as a host for Maria Menunous’ AfterBuzz TV Network and on her own show and podcast “Totally Relevant with Jane Johnsen”.

As a top young rising comedian in Los Angeles, Jane regularly performs at world famous clubs like The Comedy Store, The Laugh Factory, The Hollywood Improv and headlines both in LA and nationally, connecting with audiences across the US at venues like the New York Comedy Club and Laugh Factory Chicago. Jane has toured Europe performing for sold out crowds in Dublin, London and Paris. She has also opened for stars like Theo Von (Netflix) and Erik Griffin (Comedy Central). Most recently, Jane became a recurring player on the Comedy Store’s widely viewed show and live stream, Roast Battle, presented and judged by Jeff Ross. She is currently undefeated.