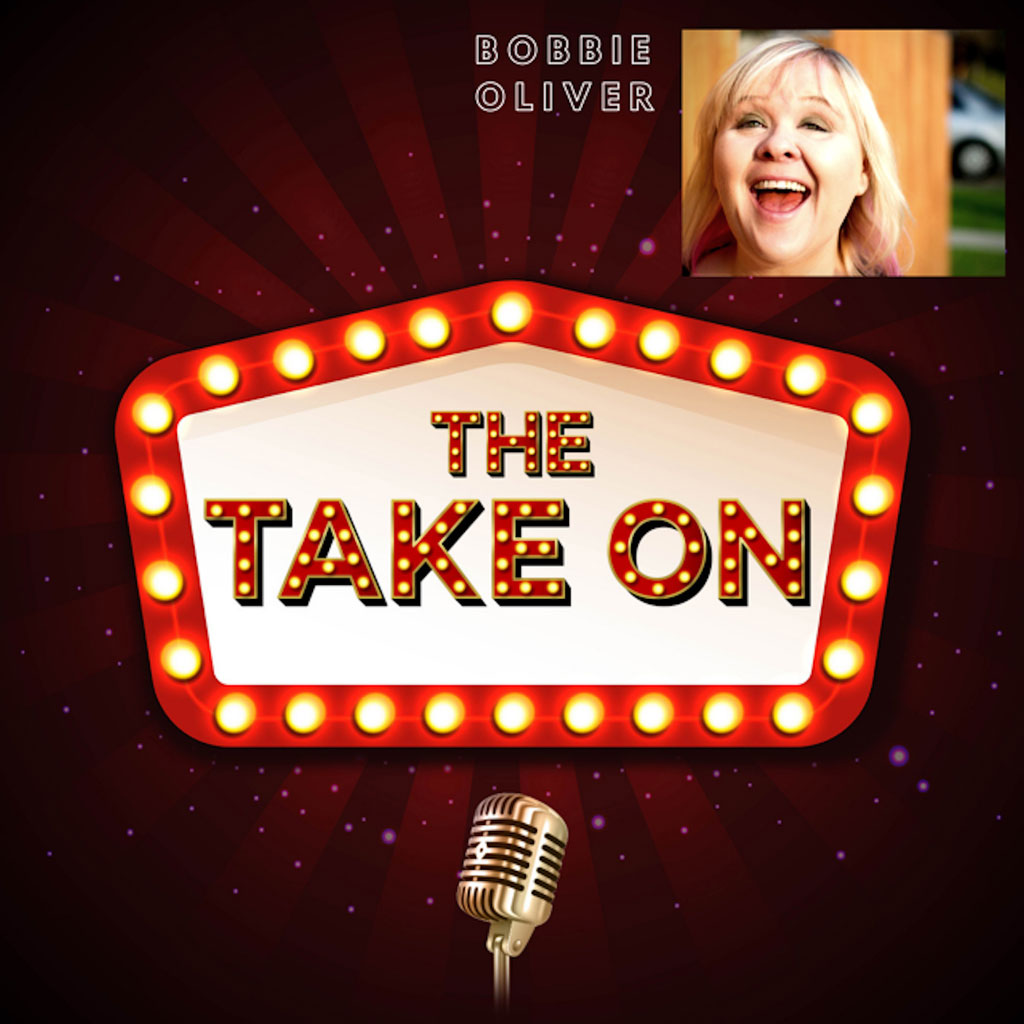 Bobbie Oliver joined The Take On and I didn’t stop laughing the entire time! Bobbie has made herself a name in the male-dominated world of stand-up comedy, and she shares her tips on how to navigate this misogynistic world. We also talked all about our thoughts of Trump as President and how to navigate in a family of Trump supporters. Bobbie has an educated twist to her jokes so when you’re laughing, you’re also learning something. She has created her own space called Tao Comedy Studio that has created a safe space for newcomers, people of color, LGBTQIA and women to feel comfortable to do their first stand-up set. Fun Fact: I did my first stand-up set at Tao and it was such an amazing place to do a first open mic. Looking for a laugh during these crazy times? Then this is the episode for you!

Los Angeles comedian Bobbie Oliver is one of America’s funniest comics. Her act is smart and irreverent, and she never shies away from personal experience or edgy material. A native of Covington, GA, the city where the Dukes of Hazzard tv series was filmed, by way of Athens, GA, the hippest little city in the South, Bobbie’s Southern charm wins over audiences wherever she performs, never catering to the stereotype of “Southern comedy.”

Bobbie has appeared on ABC, TNN, The Style Network, WeTV and Entertainers with Byron Allen. Bobbie was called one of the “best comics in America” by the New York Post. A regular on the Los Angeles comedy scene, Bobbie has performed at The Improv, The Ice House, The Comedy Store, Jon Lovitz Club, Flappers Comedy Club and clubs across the country, including Zanies, The Punchline, Nick’s Comedy Stop, The Laughing Skull and The Riviera in Las Vegas, and has been heard on Sirius XM Comedy Radio.

Bobbie has performed at tons of colleges (including UCLA, USC, UC Irvine, UGA, Cal Tech, GA Tech and more) and corporate events (such as NASA, IBM, City of Hope, Congressional fundraisers and more). Bobbie has won many comedy contests and festivals including the Hollywood Ha Ha Festival, LA Superbowl of Comedy and was one of the LA winners in the national World Series of Comedy. Bobbie has appeared on billboards in Hollywood and on the cover of Pasadena Weekly twice.

Bobbie owns Tao Comedy Studio in Los Angeles and published The Tao of Comedy: Embrace the Pause in 2013, recommended by Maria Bamford and Wendy Liebman.