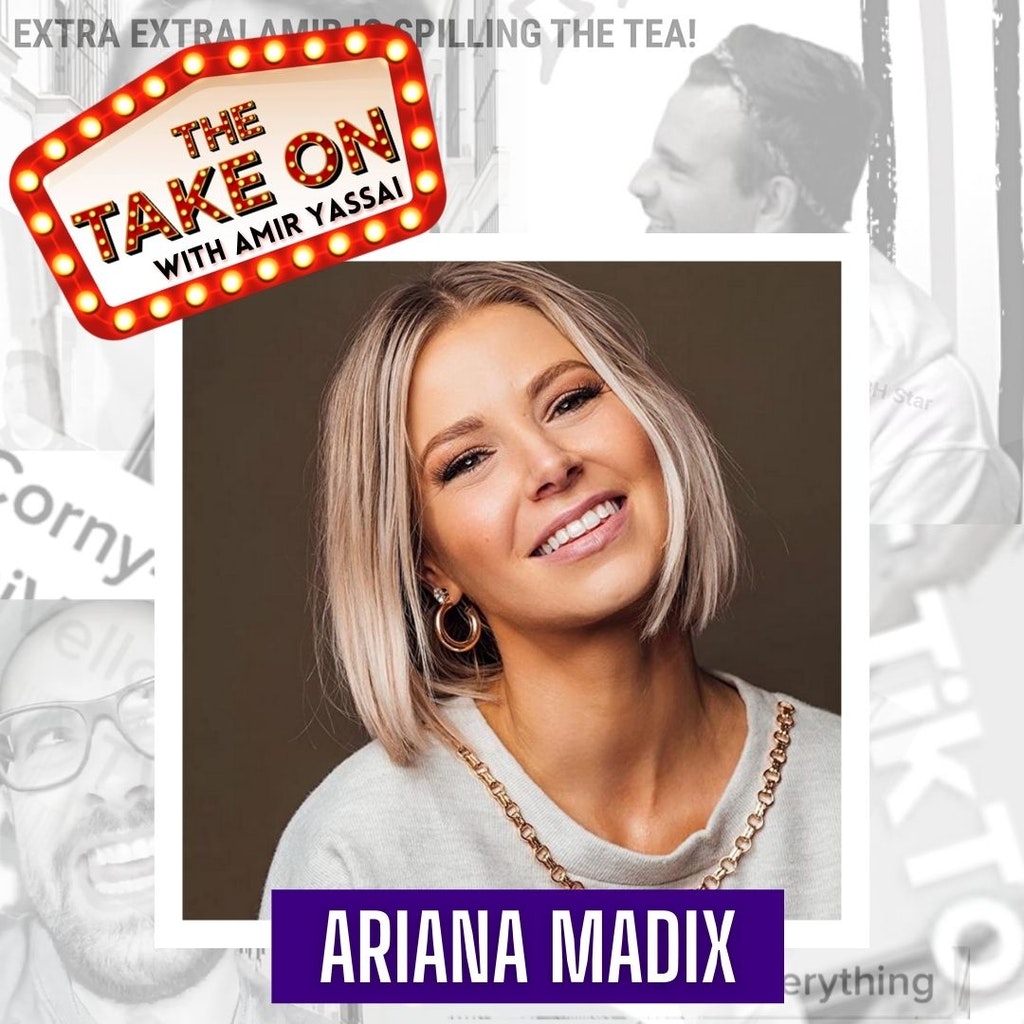 ARIANA MADIX is the heart and soul of Vanderpump Ruled and she joined THE TAKE ON for a supersized episode! I was thrilled to sit down with her and we are now definitely friends. From coming out as a proud bisexual woman to sharing her struggles with depression and anxiety to author of Fancy AF Cocktails we dive into all of it. Ariana has a way of being on Vanderpump Rules from the jump without getting in the muck with everyone else. Lots of Vanderpump Rules cast members have been fired but Ariana is still the fan favorite because of her loyalty and kindness. We all can’t wait for a new season of Vanderpump Rules or a TomTom spinoff to see more of Ariana and Tom Sandoval. Ariana was one of the best guests we’ve had on The Take On and trust me you’ll be gagged! And trust me their house is fully furnished it; I saw it on video!

Ariana Madix has paved her own unique path in the world of entertainment and reality tv. Born and raised in Melbourne, FL, Ariana began performing as soon as she could walk. After a successful competitive equestrian career and winning two national dance championships, this talented newcomer received Bachelor’s degrees in Theatre and Broadcast Communications from Flagler College. It wasn’t long before Ariana set out to pursue her dream and moved to New York City where she became a part of the sketch comedy world. Working extensively with College Humor, MTV, and ESPN helped to solidify Ariana’s quick dry wit and biting sarcasm. Madix is now based in Los Angeles, has a diverse resume in film & tv including Bravo’s Vanderpump Rules. Turning her “survival job” as a bartender into an enterprise, Ariana’s path is truly unique. Ariana is also known as an advocate for mental health, the LGBTQ+ community, and anti-racism. Her best-selling book Fancy AF Cocktails can be purchased anywhere books are sold.