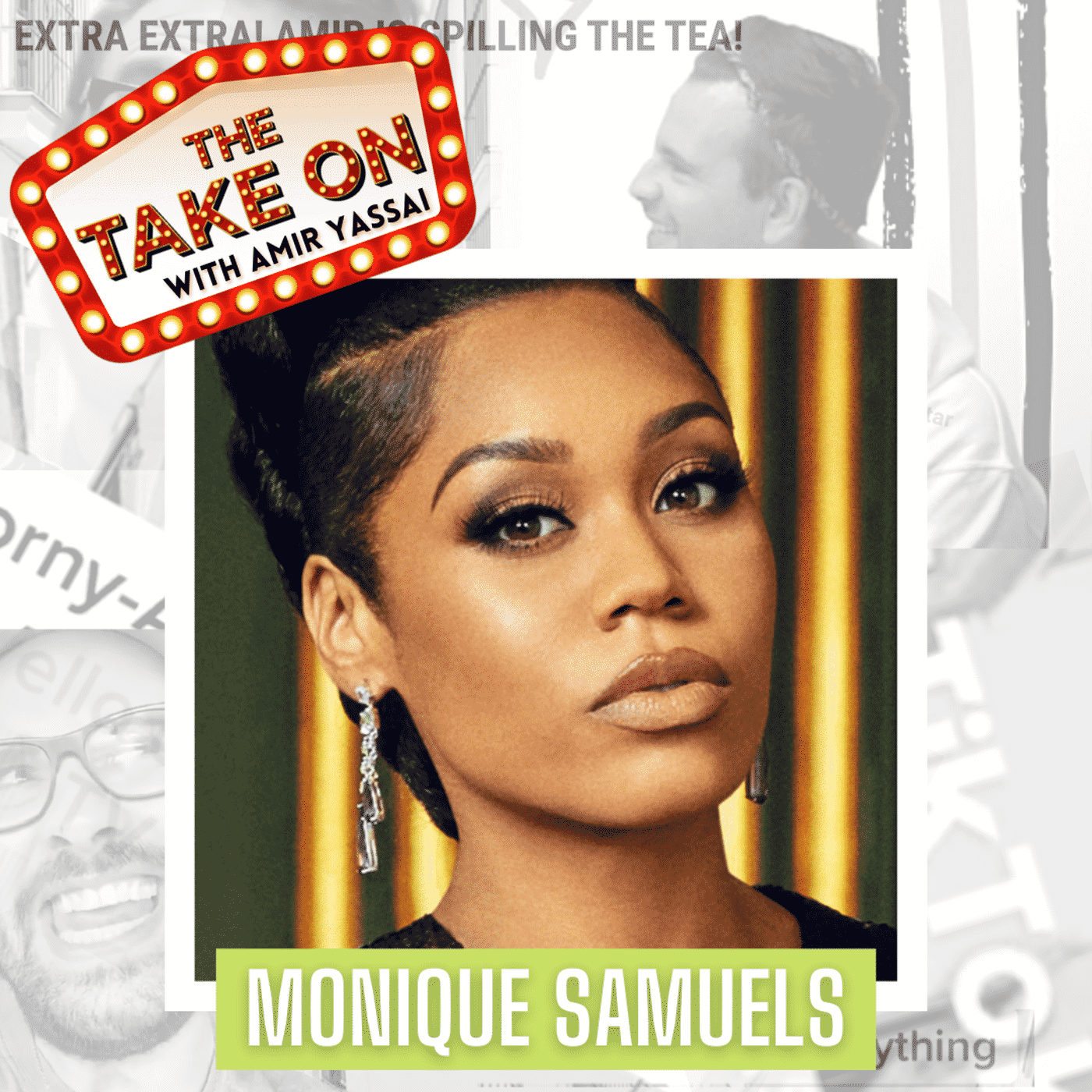 Monique. Monique. Monique Samuels. The Queen Of Potomac herself in the flesh joined The Take On. Former Real Housewives of Potomac star came to talk family, essential oils, her Not For Lazy Moms Podcast, and her departure from Bravo TV. Monique said she’s too busy focusing on her family and music and podcast and business to come back to Bravo TV. But she’s not opposed to coming back to reality TV in some capacity, but for now “she’s happy the cameras are no longer in her house.” Of course we talk about the pink elephant in the room miss Candiace, and she believes that things escalated between them and that the physical altercation came out of left field. Monique is a kind sweet soul and I’m so happy she joined me. If you live and breathe RHOP this is the episode for you!

Monique Samuels has proven that she isn’t afraid to speak her mind and that she is driven by her passion to stand up for what she believes in. As an entrepreneur, wife, mom, and philanthropist, Monique is out to prove women can have it all. Monique grew up in Pleasantville, New Jersey, with her close-knit family. She grew up a tomboy, and her father instilled a sense of strength and independence into her. When Monique was a teen, her father would not let her drive a car until she knew how to change a tire and check under the hood. Growing up, she was taught very early on to be strong, persistent, and independent.

Monique was the salutatorian of her high school graduating class. After graduation, she moved to Pittsburgh to attend Duquesne University on a full academic scholarship. After a few semesters, Monique decided to pursue her true passion, a career in music. She packed her bags and moved to Washington, DC where she met her future husband, Chris Samuels, a six-time Pro Bowl left tackle who played for the Washington Redskins. Chris and Monique’s friendship has blossomed into a marriage of eight years and their beautiful seven-year-old son, Christopher, four-year-old daughter, Milani, and one-year-old son, Chase. Monique is a boss in every sense of the word, as she manages businesses, including, a real estate investment company, a business enterprise, and the Chris Samuels Foundation, which she and her husband share. As if that weren’t enough to keep her busy, her entrepreneurial spirit has led her to create and launch her brand, Not for Lazy Moms, and the associated website notforlazymoms.com. In 2018, Monique launched her Not for Lazy Moms podcast, which further addresses topics that everyone can relate to but are rarely discussed. Monique’s desire to make a difference and help others is fueled by the love and support of her family.