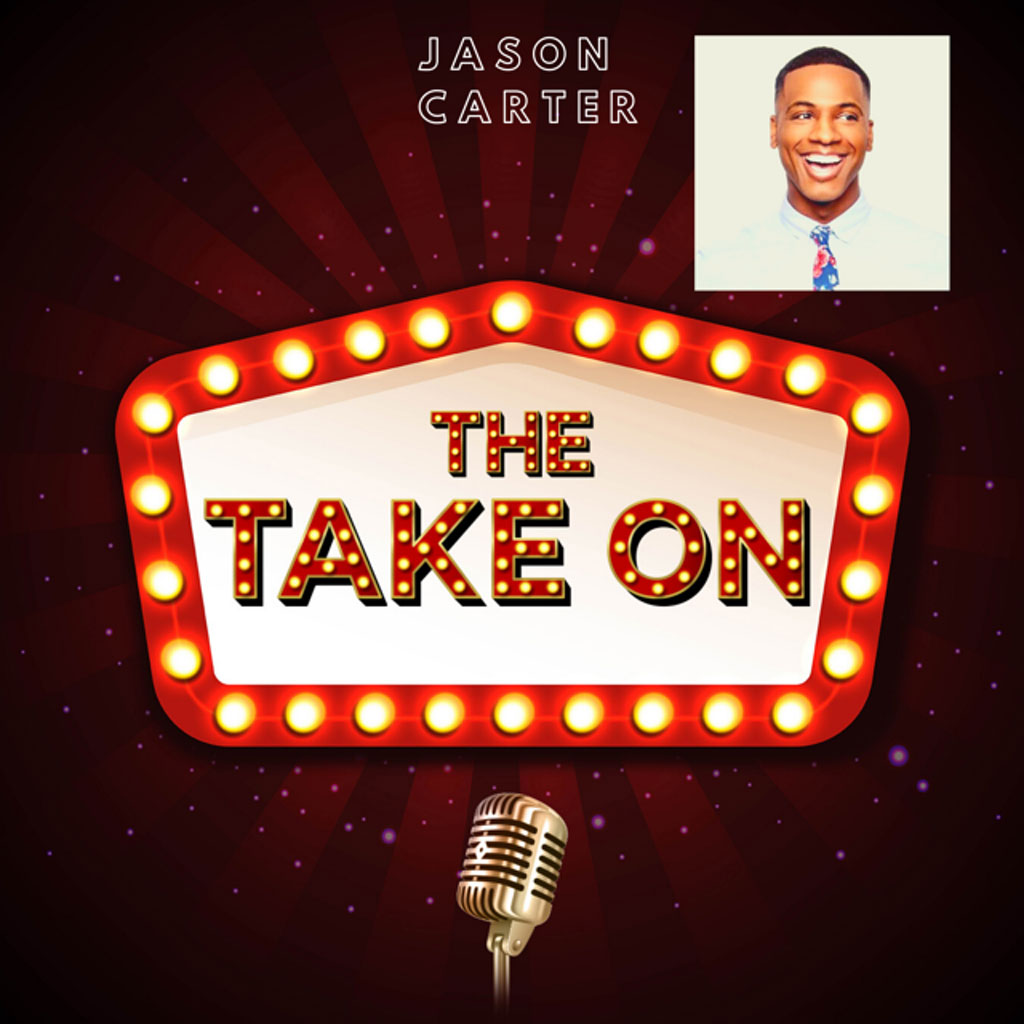 JASON CARTER joined the The Take On for PART 2 because we had so much more tea to spill! We continue down the rabbit hole of celebrity gossip. We complete the conversation around Lea Michele. We break down Britney Spears and her conservatorship. All Hail Britney! We also talk reboots that don’t need to come back like Glee, Will & Grace, Full House. We talk about how queer people are always put in a one dimensional box, and don’t need to be defined by a narrow definition of what it means to be queer. And how people of color are making their own way in Hollywood during the #blacklivesmatter movement, and creating their own shows and taking up space. According to Jason, making it in Hollywood means having interests outside of your job.

For Jason J. Carter, personality is everything! This funny guy is known for being the life of the party, and for bringing the energy to the stage and small screen as a host; emcee and personality.

Originally from Albuquerque, Jason got his start in entertainment very early. As a child prodigy at 15, he landed his first job hosting the iconic teen dance show, “Dance, Dance, Dance, It’s A Teen Thing!’ for FOX. For seven seasons, Jason was a weekend staple in homes all across the Southwest. The show garnered massive ratings and earned Jason a 2001 Telly Award for Outstanding Television Broadcast. In addition to television, Jason has also lent his talents to radio. From Top 40 to Urban and even Adult Contemporary, he has cracked the mic and connected with thousands as an on-air personality in various markets. Jason’s real passion lies in television. In the spring of 2006, Jason relocated to Los Angeles and embarked on his journey of becoming a world class TV personality. Since then, he has appeared on several networks, including: CBS; Entertainment Tonight; REELZ Channel; VH1; NBC; LOGOTV; HLN and CNN as well as producing and creating online content with the #Saywhat!? Webshow. Jason also hosts live events around the US for brands such as Nike; Macy’s; Absolut and more. ​

In 2010, Jason was cast a member of the pit crew for the revolutionary EMMY Award winning LGBT competition show, “RuPaul’s Drag Race,” giving him global notoriety and the ability to connect with audiences across the world, and speak and host live events with thousands in attendance. In the summer of 2016, Jason joined The Young Turks, the largest YouTube news show in the world as correspondent and host of TYT’s pop culture show PopTrigger allowing him to truly showcase his expertise.In the fall of 2018 Jason signed on to anchor and launch Entertainment Tonight’s 24/7 digital news platform ET Live.

Jason’s infectious and dynamic energy, outgoing personality and boy-next-door charm are just a few of the reasons why Jason is a one-of-a-kind talent.