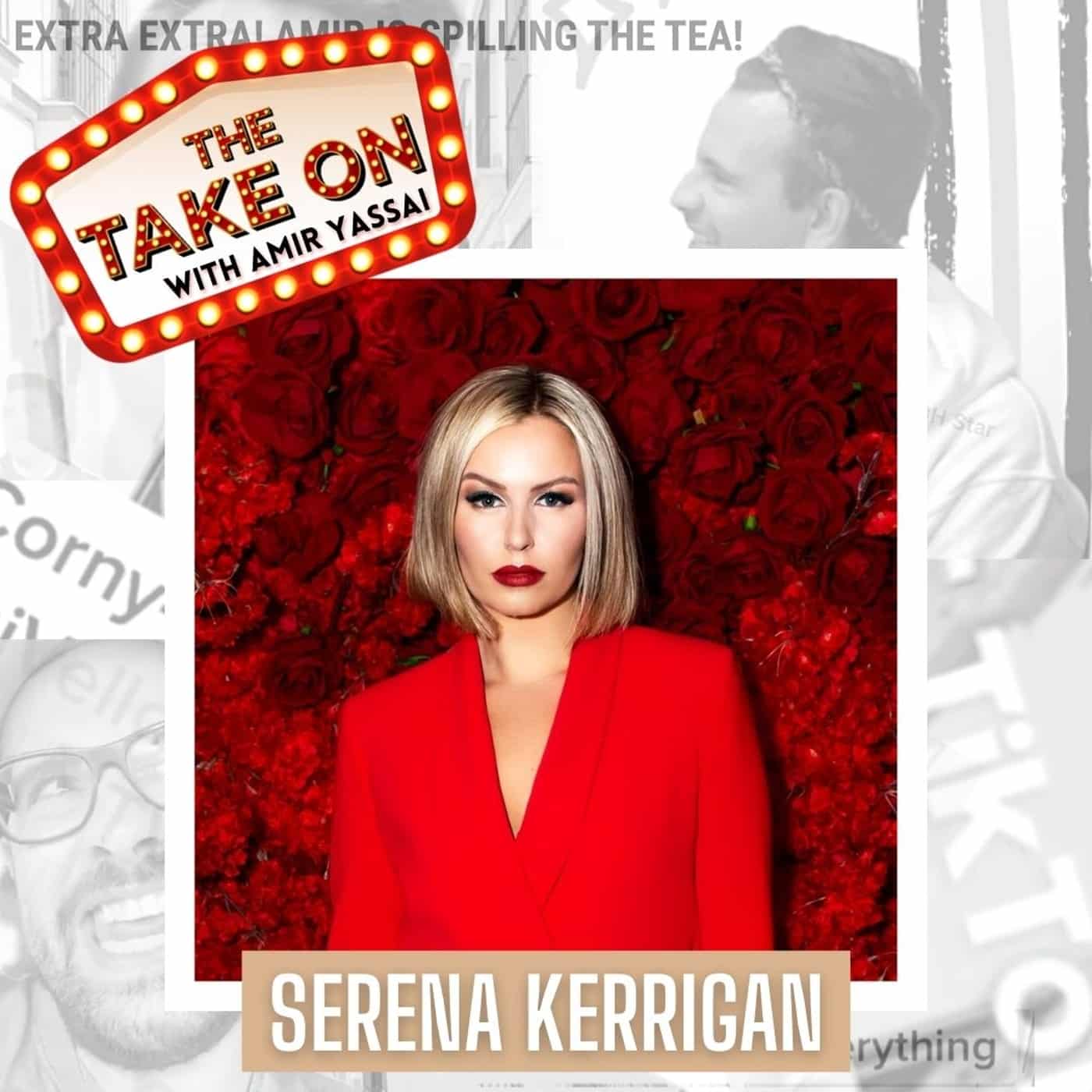 Serena. Fucking. Kerrigan. I mean with a middle name that is Fucking she does NOT disappoint. Serena Fucking Kerrigan joins The Take on and I’m gagged! We have a ball! She has built an empire during a pandemic. Dating Show. Card game. Confidence coaching. And the list goes on. When does she sleep you ask? She’ll sleep when she’s dead. Serena has a way of creating a fantastic persona that she parlayed into a dating show on Instagram Live called Let’s Fucking Date. And that’s just what she did. Now having completed the second season with various sponsors on deck she has created a monster hit. And it has a lot to do with the way Serena engages her fans in a very organic and intimate way. I’m in awe of what she has created and you will be too! If you’ve been looking for something to encourage you to stop looking for perfection and just do the damn thing, then this is the episode for you!

Born and raised in New York City, Serena Kerrigan is an entrepreneur, CEO and internet personality. In 2020, Serena launched her own production company, SFK LFG LLC, dedicated to empowering women to be the best version of themselves.

At the start of the pandemic, Serena observed the changing digital dating landscape and seized an opportunity to create, produce and host the first reality show entirely on Instagram Live: Let’s Fucking Date, where Serena goes on a set-up, blind first date while thousands of her fans and friends watch in real time. Immediately following the date, Serena hosts a live after show, allowing her friends, celebrity guests and followers weigh in and discuss what they’ve just witnessed. The show became an instant sensation, amassing over 2 million views, capturing six figure sponsorship deals from major advertisers including Bumble. It has been picked up by the likes of Forbes, CBNC, The Today Show, Elle and InStyle Magazine. She also created a dating card game based off the show, which has sold over thousands of decks within months of launch. Let’s Fucking Date is a clear example of the power Serena has to mobilize her highly engaged fan base, even during times of unprecedented crisis and tumult.