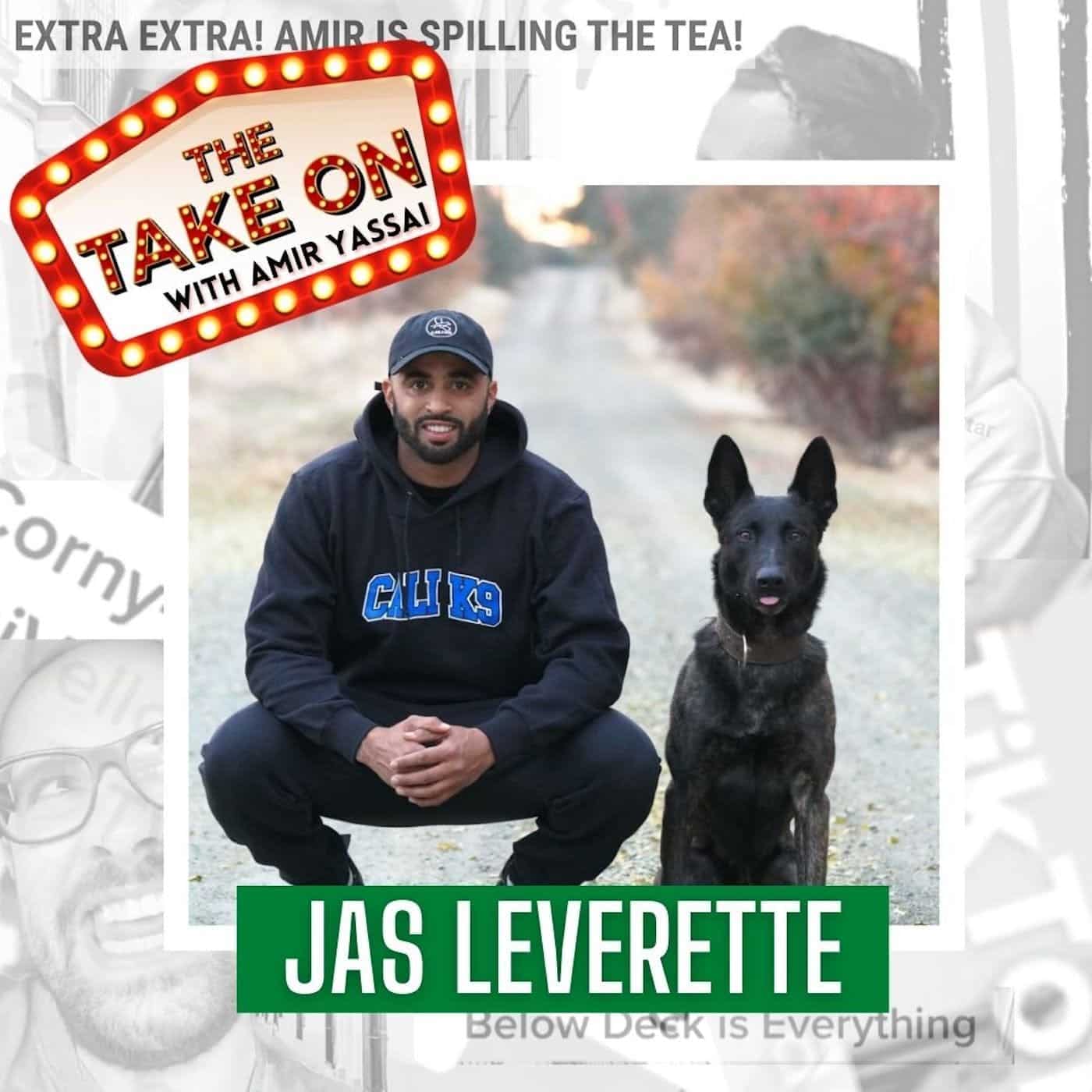 The handsome and magnetic Jas Leverette from Netflix’s Canine Intervention Joins The Take On. Jas’s energy is infectious and it will feel like you had 3 cups of coffee after listening to this episode! We discuss his early days in Oakland and how he has become one of the premier dog trainers in the world. We dive into what it means to be Black and Muslim in America and how his story speaks to many intersections and generations. We also talk a second season of the show and how haters/online trolls have tried to cancel Jas for practices that are widely used in the dog training profession. I smell the haterade from here. If you’re a fan of Canine Intervention or hearing from a kind heartedly amazing human then this is the episode for you! Woof Woof.

Dog trainer Jas Leverette was born in New York and grew up in Oakland, and is Cali K9® founder, owner, dog trainer, and canine behavior expert. As a child, he owned and trained dogs and horses, played youth football with the Oakland Dynamites, and participated in equestrian sports, including jumping, dressage, vaulting and trail riding. At Oakland High School, he played football and was an Oakland Athletic League wrestling champion for four years. Jas Leverette is the star of Canine Intervention, streaming worldwide on Netflix. He has appeared on the Ellen DeGeneres Show, TMZ, and numerous news and lifestyle shows. Visit CaliK9.com for more info.