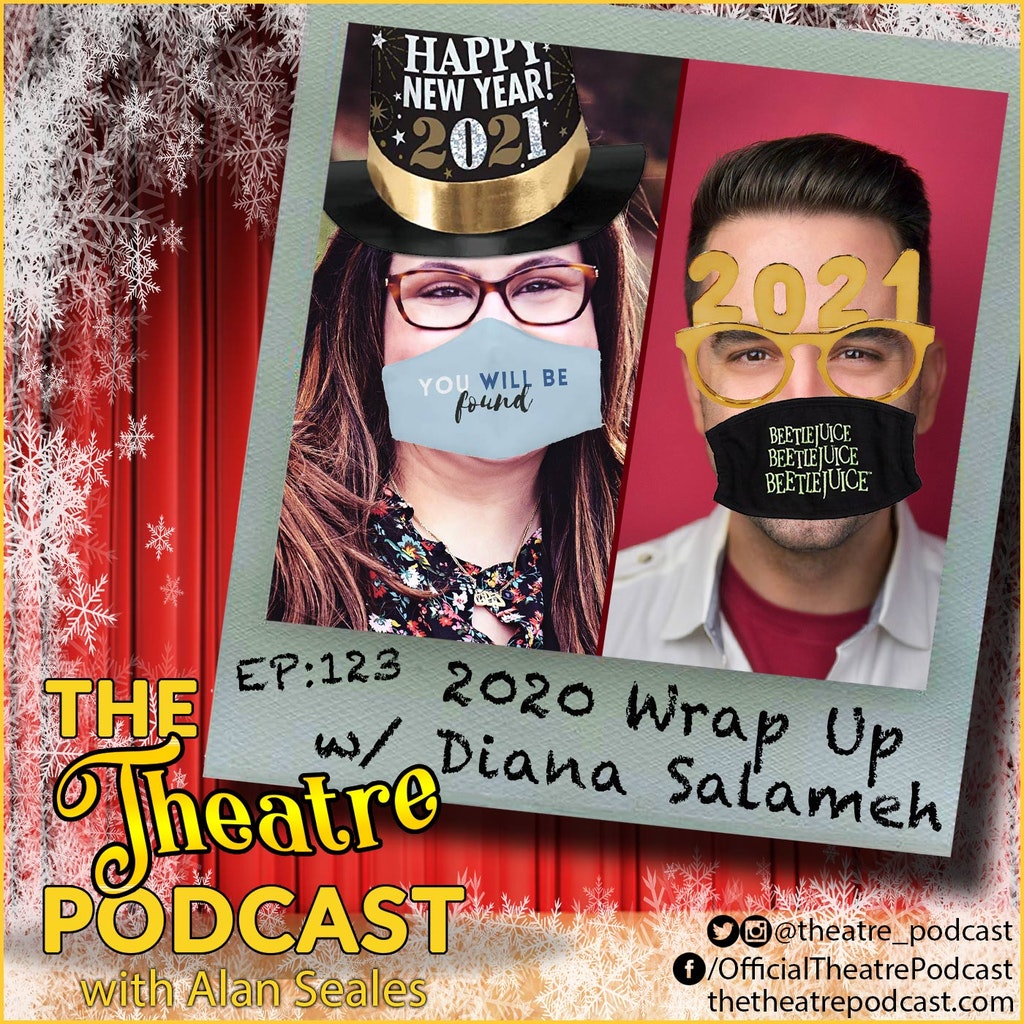 Let’s face it — 2020 was a dumpster fire, at best. In this episode, Diana Salameh, the Director of Marketing and Communications at Serino Coyne, co-hosts the final episode of the year – a year which has been unprecedented for the theatre industry. And not only for performers. Serino Coyne, the nation’s longest-running theatrical advertising agency, was just embarking on the beginning of the Spring theater season – openings, etc – when Broadway suddenly shut down.

Diana and Alan discuss everything from their favorite shows they were able to see before everything closed, the blossoming of virtual storytelling mediums, and missing the shared experience of seeing live theater in general. Reminiscing on seeing SIX in early March, Diana shares her excitement for Broadway to reopen because SIX is “the kind of show that New Yorkers and tourists, everybody is going to need to lift our spirits… and help us escape.”

Like all theatre lovers, Alan and Diana both agree there’s nothing quite like sitting in a room full of strangers and going on an emotional journey with them. But in lieu of live theater, they discuss two productions from this year that were able to recreate this sort of communal shared experience really well – Hamilton and What The Constitution Means To Me. Diana also opens up what she has been doing in order to remain connected with her clients and their fans. She shares “the thing that has been the biggest rock for me is the Broadway Women’s Alliance”, a community of women on the business side of Broadway. Founded officially in January of this year, and focused on connection and empowerment, the Broadway Women’s Alliance has held about a dozen events for over 500 women in the industry during the course of the lockdown.