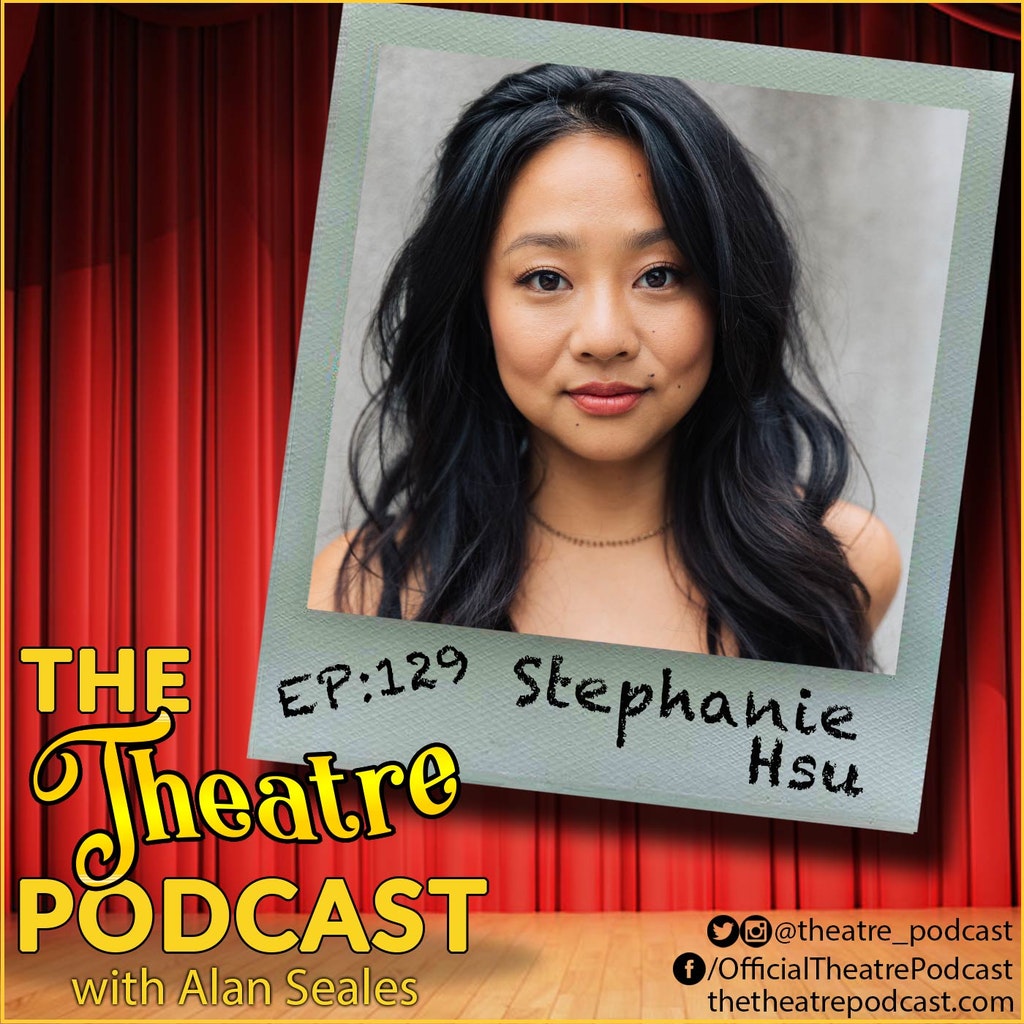 Stephanie Hsu is a familiar face on both the stage and screen, maybe best known for originating the role of Christine in Be More Chill at Two River Theater, and then on Broadway. She previously made her Broadway debut as Karen the Computer in the original cast of Spongebob Squarepants: The Broadway Musical. Her TV and Film credits include The Path (seasons 1-3), Set It Up, Unbreakable Kimmy Schmidt, Awkwafina is Nora from Queens, Asking For It, and Mei in The Marvelous Mrs. Maisel.

Born in Torrance, CA, Stephanie shares that it was mostly just her and her mom growing up. The two clashed at times – her mother was not sure America was built for her as an immigrant, while Stephanie was “adamant about being an American.” As a child, Stephanie was very into basketball, and fought against the urge to become a “drama geek”. But when a fellow classmate in high school arranged an audition for her with the drama teacher, it “launched everything”, including heading to NYU to study acting.

Stephanie stresses the importance of visibility in the arts, and candidly talks with us about her role on The Marvelous Maisel – Mei, who as a bilingual, strong and independent Chinese American woman in the 1960’s, was “unlike any character” she’d ever seen in her life. During our conversation, Stephanie continues to bring us back to themes of “love”, sharing, “Love has always been my favorite thing in the whole world,” (her college thesis was about love). When she was recently commissioned by Works & Process, the performing arts series at the Guggenheim, to create a piece of self expression, she found herself in the silence of the pandemic trying to understand “if being in love is ok”. Stephanie walks us through the creation of her piece “Another Love Letter”, where she battled between feeling the desire and responsibility as an artist to be productive and to make something big, but also feeling drawn to explore the poetic parts of quiet simplicity.