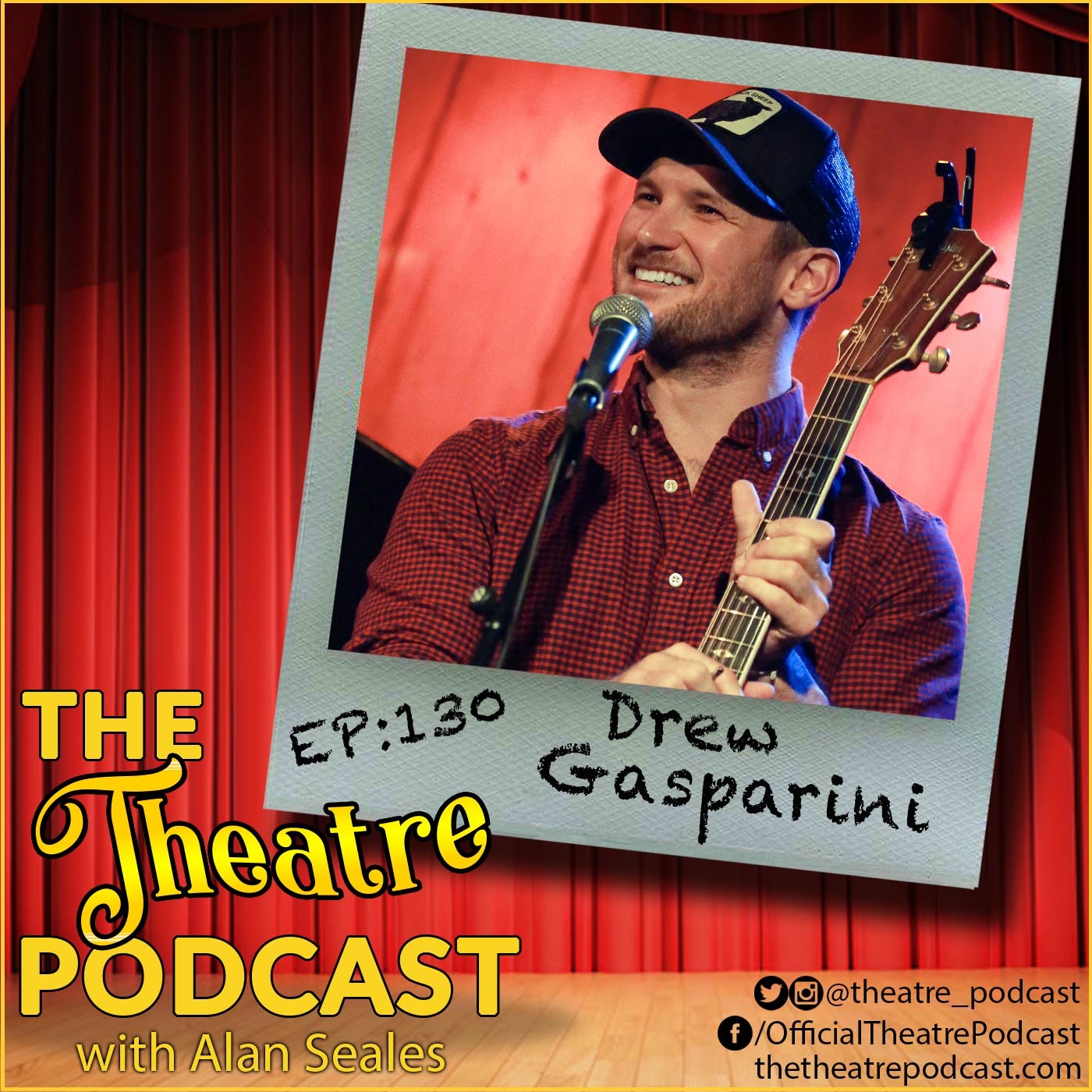 “I only ever want to be Ben Harper famous.” Drew Gasparini is an award winning musical theatre songwriter and performer. Currently he is writing the scores for a number of new stage musicals including the Broadway-bound adaptation of The Karate Kid, an adaptation of Night Shift for Warner Bros. Theatre Ventures, and an adaptation of the Ned Vizzini novel/film It’s Kind of a Funny Story for Universal Theatrical Group (book by Alex Brightman), among others. Some of Drew’s original musicals include Crazy Just Like Me (winner of “Best Of Fest” and runner up for “Best Book” in the New York Musical Theatre Festival 2011), and Make Me Bad (book by Alex Brightman, Bloomington Playwrights Project, winner of PACE New Musicals). Drew was a contributing composer for the fictional musical Hit List on the NBC series Smash, and in 2019 wrote the music for Skittles Commercial: The Broadway Musical, a highly publicized PR stunt starring Michael C. Hall for Super Bowl LIII. He has released several of his own albums, and on January 13th, Drew launched his new podcast “Now We’re Talking with Drew Gasparini” on the Broadway Podcast Network.

Born and raised in southern California, his father a drummer and his mother a music teacher, Drew recalls that “music was like water, food, and oxygen” in his household. But it was ultimately his music teacher in high school who, after listening to some of his original songs (which he began writing when he was 12), challenged him to work harder and inspired him to dedicate his life to songwriting.

Drew chronicles the journey which took him from living out of his car in LA, to writing his first musical and moving to New York City; where a few years later, he put up a concert of his songs starring Titus Burgess, Jeremy Jordan, and others. He shares that some of the best education he’s had has come from failing in New York, and reiterates that there are going to be down moments for all artists, but if you love it, you have to stick with it. Drew has signed 5 contracts for projects which were Broadway bound but never made it, which he says only makes him hungrier – “I want to write something that’s left behind in a big way.” This dream could just be on the horizon, as Drew recollects landing his current big project – writing the score for the Broadway bound adaptation of Karate Kid.