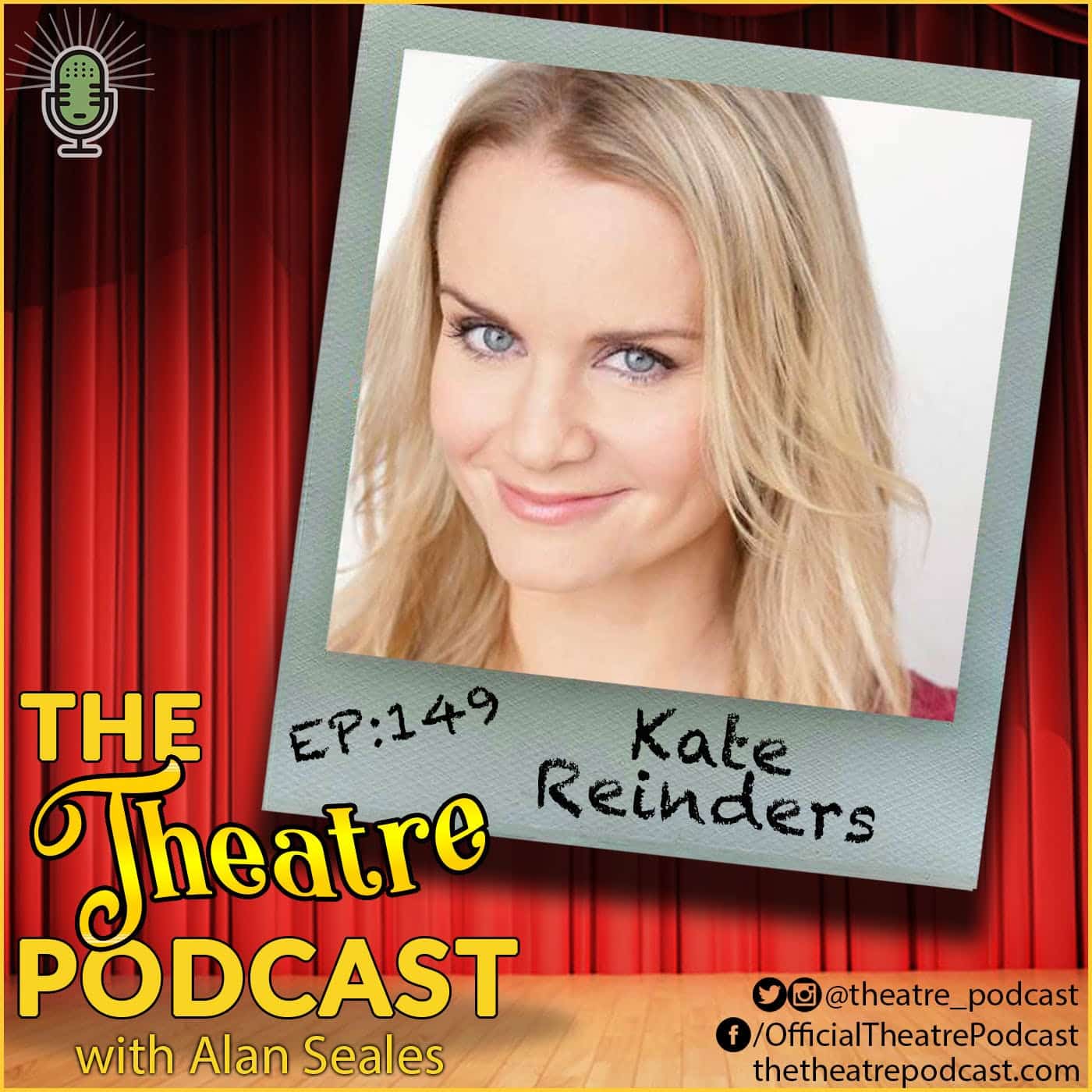 This performer’s life changed after being cast in a summer stock production starring Rita Moreno, and she’s been gracing stages ever since.

Kate Reinders is a multi-talented performer who originated the role of Portia in the Broadway musical Something Rotten!, as well as the role of Caroline in the Broadway jukebox musical Good Vibrations. Other Broadway credits include June in the 2003 revival of Gypsy starring Bernadette Peters, Glinda in Wicked, Into The Woods, The Adventures of Tom Sawyer, and most recently Cynthia Weil in Beautiful: The Carole King Musical. Kate’s TV credits include Ugly Betty, Modern Family, and Anger Management. As of 2019 she has been portraying drama teacher Miss Jenn in High School Musical: The Musical: The Series, currently finishing it’s second season on Disney Plus.

Kate grew up in small town Spring Lake, Michigan, knowing nothing about Broadway. But one summer while attending a theater camp, she was encouraged to audition for a nearby summer stock production of Gypsy (starring none other than Rita Moreno), and “that was the beginning of the rest of” her life.

Kate talks about growing up in a time before Broadway.com or podcasts existed; when her only knowledge of musical theater came from Fiddler on the Roof and Yentl, the first videotapes her father brought home after they bought a VHS player, and repeated viewings of Sound of Music which she taped from the TV. She candidly chronicles her career which began with a series of swing and understudy roles, and then “shot out of a canon” after landing the role of June in the 2003 Broadway revival of Gypsy. Kate also chats about growing up in a small Christian reformed Dutch community, and how her eyes were opened to the diversity and inclusion of the theater world, and the world at large, while briefly attending University of Michigan before moving to New York City.