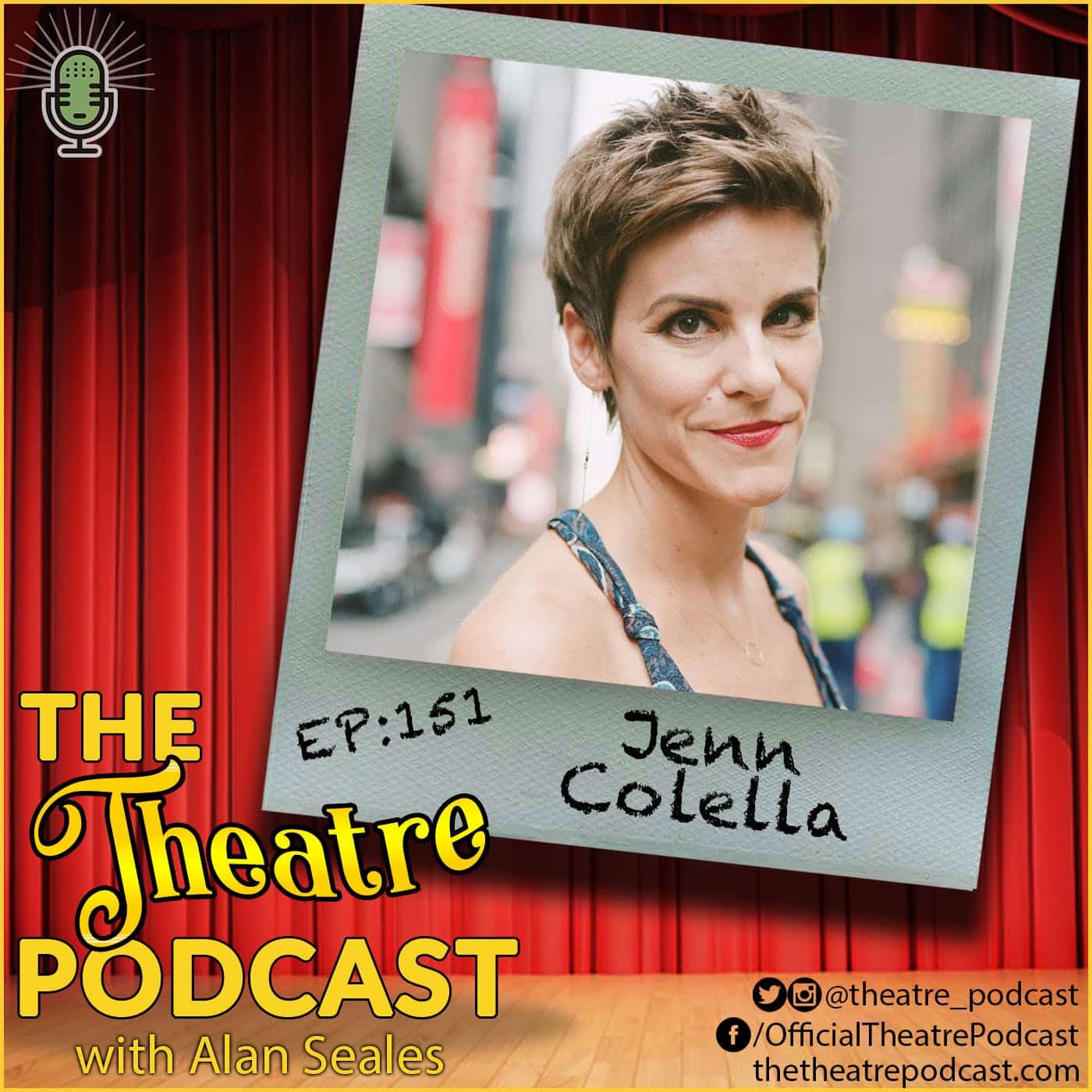 Ep151 – Jenn Colella: Come From Away, “The Flame: An Original Podcast Musical”

From a comedian in LA to a Broadway veteran in NYC, Jenn Colella is driven by connection and joy, and shares how she is moving through the shifts in her career as they come, including her latest podcast appearance on The Flame: An Original Podcast Musical.

Jenn Colella is a comedian, actress and singer perhaps best known for her Tony Award nominated performance as Captain Beverley Bass in Broadway’s Come From Away; a role she originated, earning her Outer Critics Circle and Drama Desk Awards. Other Broadway credits include High Fidelity, Chaplin, If/Then, and Urban Cowboy (her Broadway debut). Jenn’s Off-Broadway credits include Closer Than Ever, Slut! the Musical and Side Show. She also has several television credits, including appearances on All My Children, The Good Wife, and Elementary. Jenn can now be heard as one of the leads in The Flame, an original romantic comedy musical podcast on the Broadway Podcast Network.

Growing up just outside Charleston, South Carolina, where there wasn’t a great deal of theatre, Jen quickly became a “choir nerd” eager to sing anywhere she could. But while watching a production of Phantom of the Opera in high school, something clicked – she thought “I can do that. I need to do that”.

Jenn chronicles her time in undergrad at Columbia College, during which she worked at an insurance company, was the lead singer in a rock band, and a company member at the only professional theatre at the time called TrustUs Theater. She shares her journey from grad school to stand-up comedy, recalling trips to LA watching sets at the Comedy Store and Laugh Factory, and encouragement by people “to just write a set” and try to get up there, and how she did. Jenn also opens up about her process for developing a character based on someone who actually exists in real life (namely Captain Beverley Bass), and the immediate kinship she felt upon meeting Captain Bass for the first time.