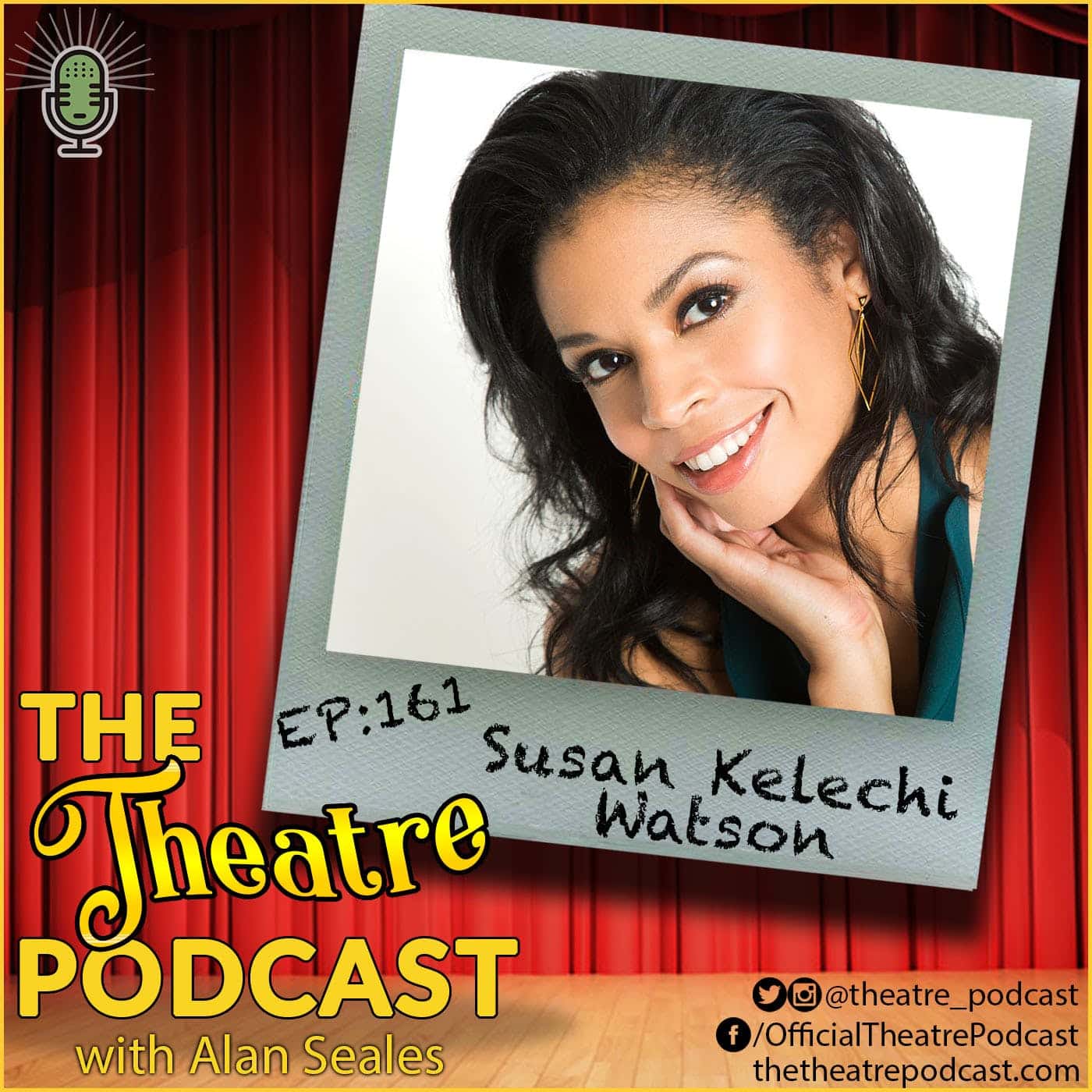 Ep161 – Susan Kelechi Watson: This Is Us, Merry Wives, A Naked Girl on the Appian Way

Opening up about her first live performance since the COVID pandemic began, this performer shares her joy in welcoming enthusiastic audiences back to the theatre, and says if people didn’t know it pre pandemic, they certainly know it now – “life without the arts is not living.”

Susan Kelechi Watson may be best known for her role as Beth Pearson in This Is Us, but she made her Broadway debut in 2005 in a Richard Greenberg play, A Naked Girl on the Appian Way. She later found her way to a successful TV and film career, with credits including Law & Order, The Good Wife, Blue Bloods, Veep, Billions, and recurring roles on Louie, NCIS, The Following, Third Watch, and The Blacklist. Additional Off Broadway credits include Twelfth Night and A Raisin in the Sun. Susan also starred as Andrea Vogel in the Fred Rogers biopic A Beautiful Day in the Neighborhood alongside Tom Hanks. She can now be seen in the Shakespeare in the Park production of Merry Wives, playing through September 18th.

Susan opens up about how her deep love and appreciation for her own Jamaican culture influenced and informed the work she put into her newest role as a Nigerian woman in Merry Wives. Part of her efforts to be as specific as possible included sending her script to friends for help with cadence and rhythm of language, as well as watching Nigerian movies every night for a month and a half. She calls theatre “magic”, and shares why she’ll keep coming back to it even in the midst of a successful film and TV career. Susan also talks about what it’s felt like to finally return to live theatre performance, and to be a part of a show which allows a crowd of people to laugh together once again.