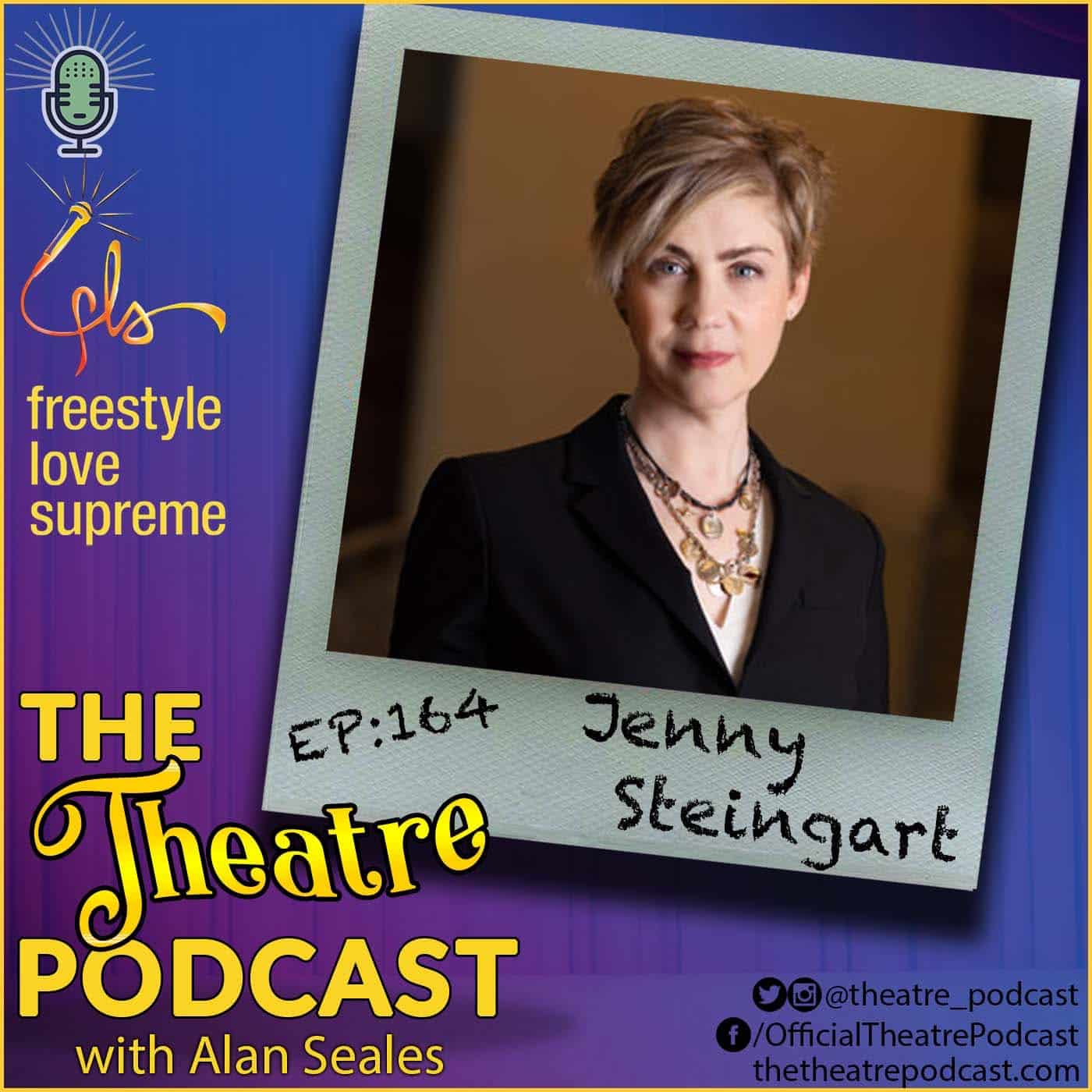 Jenny Steingart is a powerhouse producer for theater, film, and television. She has worked alongside some of the greatest names in the industry, including Tina Fey, Joel Grey, Sir Patrick Stewart, Josh Groban, and Lin Manuel Miranda. Recent productions include Freestyle Love Supreme on Broadway, a limited engagement of Sir Patrick Stewart’s A Christmas Carol, Fiddler on the Roof in Yiddish, Mean Girls and Natasha, Pierre & The Great Comet of 1812. She most recently produced the documentary We Are Freestyle Love Supreme, which premiered at the 2020 Sundance Film Festival. Jenny is the co-founder of Ars Nova, New York City’s premier theater for emerging artists and new work. She has also co-founded a Japanese animation studio called Ultra Super Pictures.

Jenny grew up in a creative household, where her mother, a singer and musician, and her father, a broadcaster, strongly encouraged her to pursue her passions. A theater kid, initially not able to conceive of doing anything else except acting, Jenny takes us back to her post college days when she realized performing was actually not going to be for her. She recounts her introduction to producer Margo Lion, for whom she became an assistant, and details how she began her own journey to producing. Jenny chats about the years she has happily devoted to the development and production of FreeStyle Love Supreme, and also candidly speaks about how the pain and grief of losing her brother became a catalyst for founding Ars Nova.