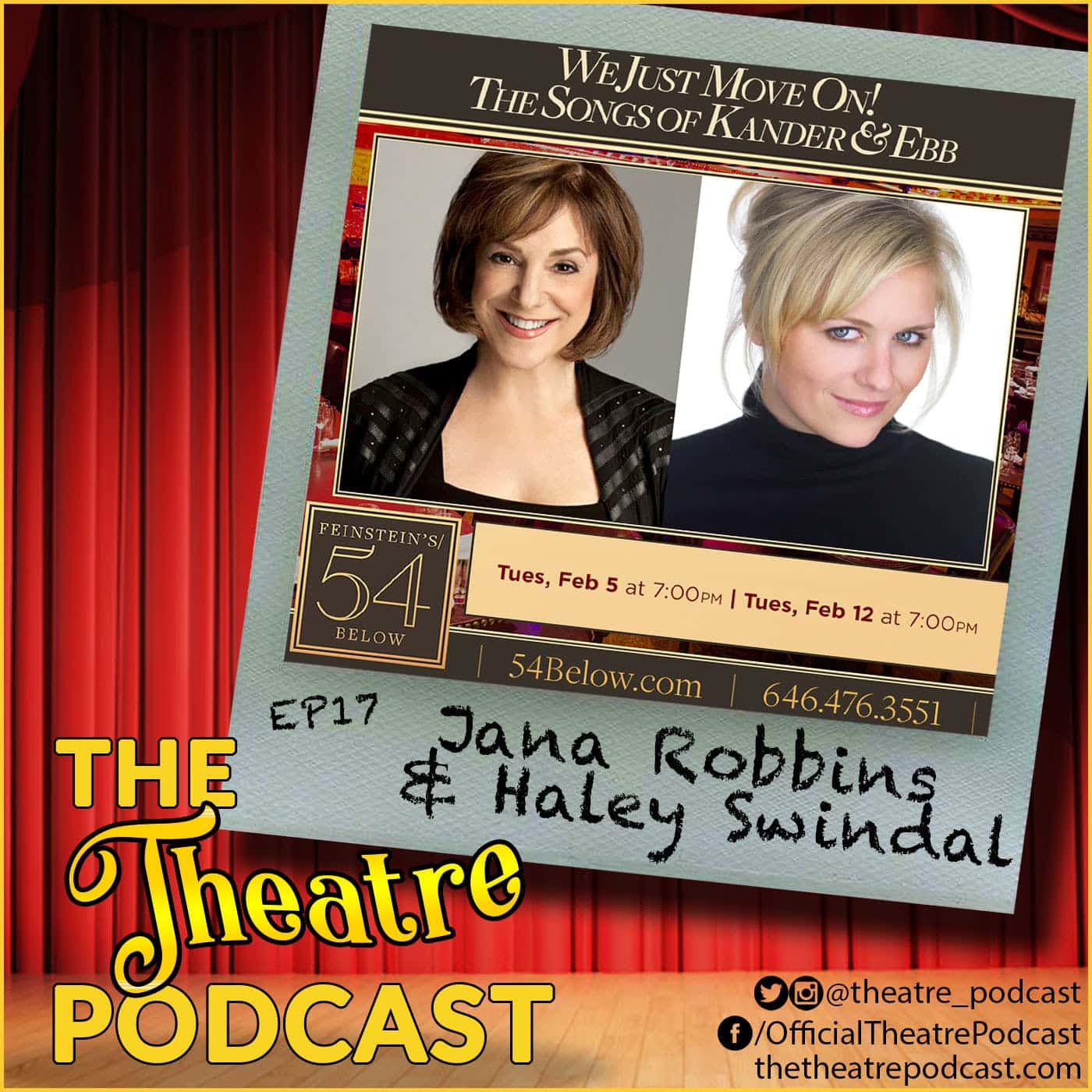 Visiting the podcast this episode are the dynamic duo Jana Robbins and Haley Swindal – a pair that meet somewhat recently in This One’s For the Girls off-Broadway and have gone on to become a producing, acting, singing, writing powerhouse team. They are currently performing their sold out show “We Just Move On – The Songs of Kander and Ebb” at Feinstein’s/54 Below. In this episode, we cover a wide range of topics including why Jana decided to add writing and producer to her credits, and what it was like for Haley to grow up with a love for theatre in the midst of her baseball-loving family (her grandfather is the late Yankees owner, George Steinbrenner!).

Tony nominee Jana Robbins made her Broadway debut in 1974 win the musical Good News, followed by many others including I Love My Wife, Crimes of the Heart, and Gypsy before making her Broadway producing debut in 2005 with Little Women, followed by Ragtime (Tony nomination). In the winter of 2017, Jana joined other renowned theater artists and producers as part of the National Yiddish Theatre Folksbiene’s Artistic Council. She is currently the lead producer behind the smash hit, “Fiddler on the Roof – In Yiddish” (http://fiddlernyc.com/).

Haley Swindal is about to make her principal Broadway debut as Matron Mama Morton in the hit revival of Chicago (congrats!), but made her Broadway debut in 2013 in the production of Jekyll & Hyde. She has numerous off-Broadway credits to her name as well, including The Secret Garden, Damn Yankees, and of course, This One’s for the Girls.

Connect with Jana via JanaRobbins.com and Haley via @hswindal on Instagram.

Connect with The Theatre Podcast:Twitter & Instagram: @theatre_podcastFacebook.com/OfficialTheatrePodcastTheTheatrePodcast.comAlan’s personal Instagram: @alansealesJillian’s personal Instagram: @jillianhochmanEmail us at feedback@thetheatrepodcast.com. We want to know what you think.Thank you to our friends Jukebox The Ghost for our intro and outro music. You can find them on Instagram, Twitter, and Facebook @jukeboxtheghost or via the web via jukeboxtheghost.com.