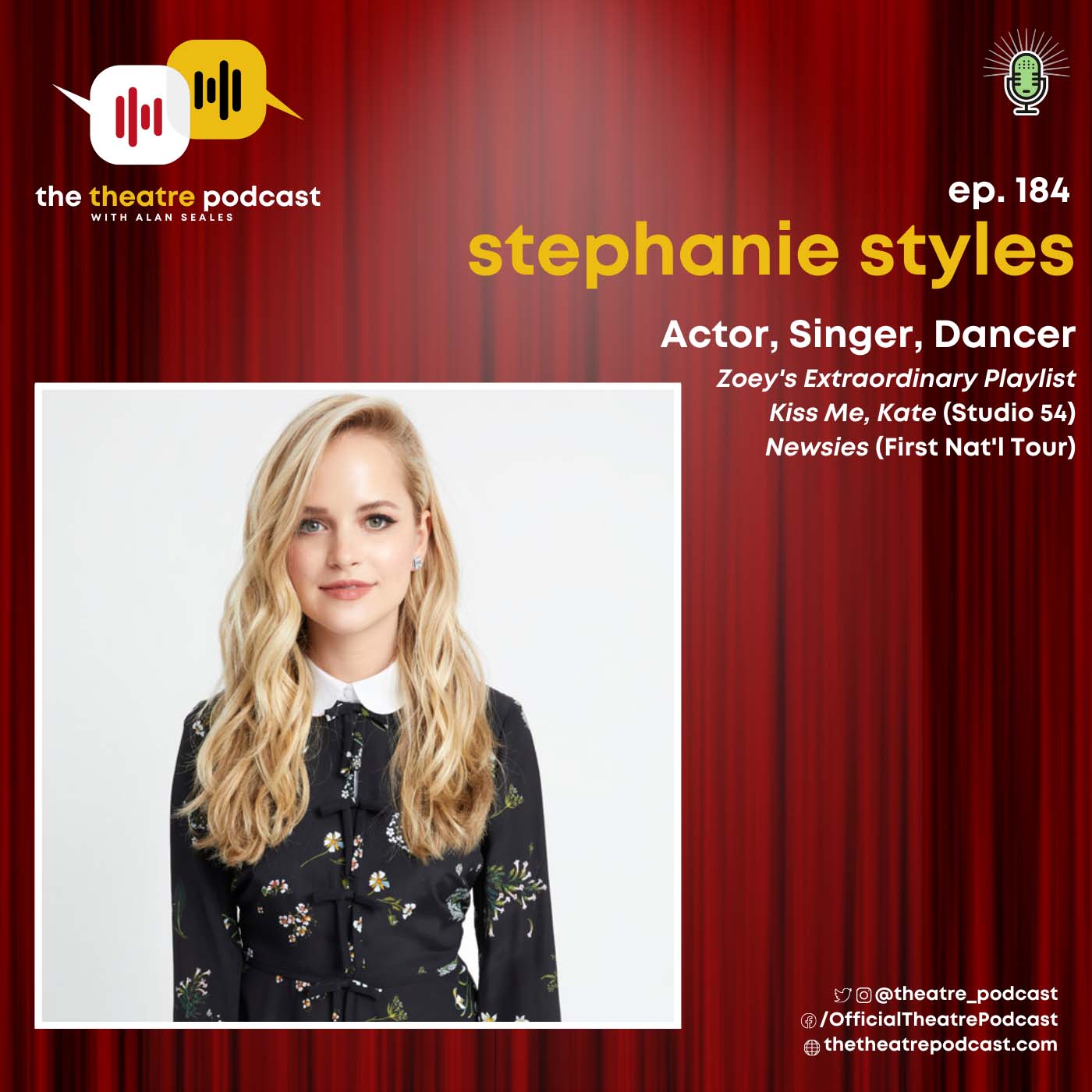 Stephanie Styles is an actress, singer, and dancer who made her Broadway debut in the recent Roundabout Theatre revival of Kiss Me, Kate, opposite Kelly O’Hara, Will Chase, and Corbin Bleu. Other credits include Katherine Plumber in the national tour of Newsies, The Sound of Music national tour, and Kingdom Come at Roundabout Underground’s Black Box Theatre. On TV she may be best known as Autumn on Zoey’s Extraordinary Playlist, and can also be seen as Kate in the Netflix series Bonding. Her film credits include Bombshell, and Booksmart. Stephanie can now be heard on the original studio cast album of Goosebumps The Musical: Phantom of the Auditorium, available wherever you get your streaming music.

Taking us back to the beginning, Stephanie shares her story of seeing The Phantom of the Opera for the first time at four years old (two nights in a row), and how it set the course for the rest of her life. She opens up about her love for all things Disney, and why she thinks both children and adults alike are drawn into Disney’s “sense of imagination, innovation, and hope”. Stephanie also chats about what it means to be part of the new original studio cast album of Goosebumps The Musical, and her experience singing and recording during COVID.