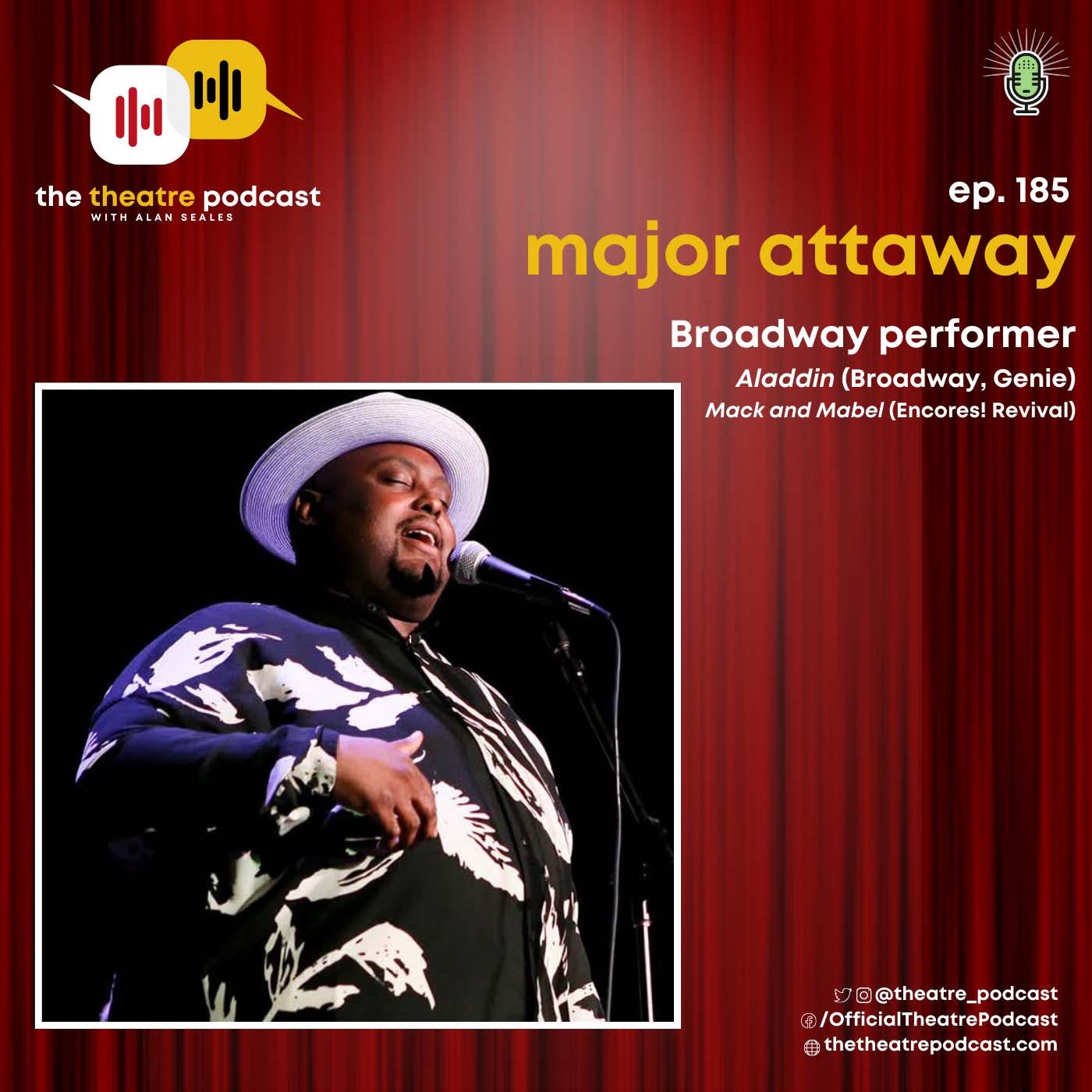 Major Attaway has over 20 years of experience as an entertainer, actor, singer, and voiceover artist, and may be best known for playing the Genie in Disney’s Aladdin on Broadway for the longest amount of time (three years). He also debuted in Mack and Mabel as Fatty Arbuckle at NY City Center Encores in 2020, and his regional credits include Hot Mikado, Hands on a Hardbody, Little Shop of Horrors, and Ain’t Misbehavin. An accomplished Voice Actor and Twitch Streamer, Major has lent his voice to numerous projects including One Piece, Bread Barbershop, Fairy Tail, Battleborn, Borderlands 3, and more. He can be seen in an upcoming HBO series as well as in The Netflix original series Orange is the New Black, and is currently revamping his Disney based cabaret show, Genies Jukebox, for an upcoming 54 Below performance.

Major shares how singing led him to musical theatre, and the life lessons he learned as a child while performing at Casa Mañana Theatre in Ft. Worth, Texas. He chats about continuing his growth as an artist through voiceover work, and how he gets into character for those roles. Major also talks all things Genie on Broadway, as well as his cabaret, Genie’s Jukebox, where he delves into Genie’s life before/after Aladdin by exploring questions like: What if the Genie had villain friends? – Maybe he used to be friends with Ursula. How does Genie spend his free time? – Maybe he takes magic courses. Major calls the show a combination of his dream of being a Disney villain, and a love letter to Disney.