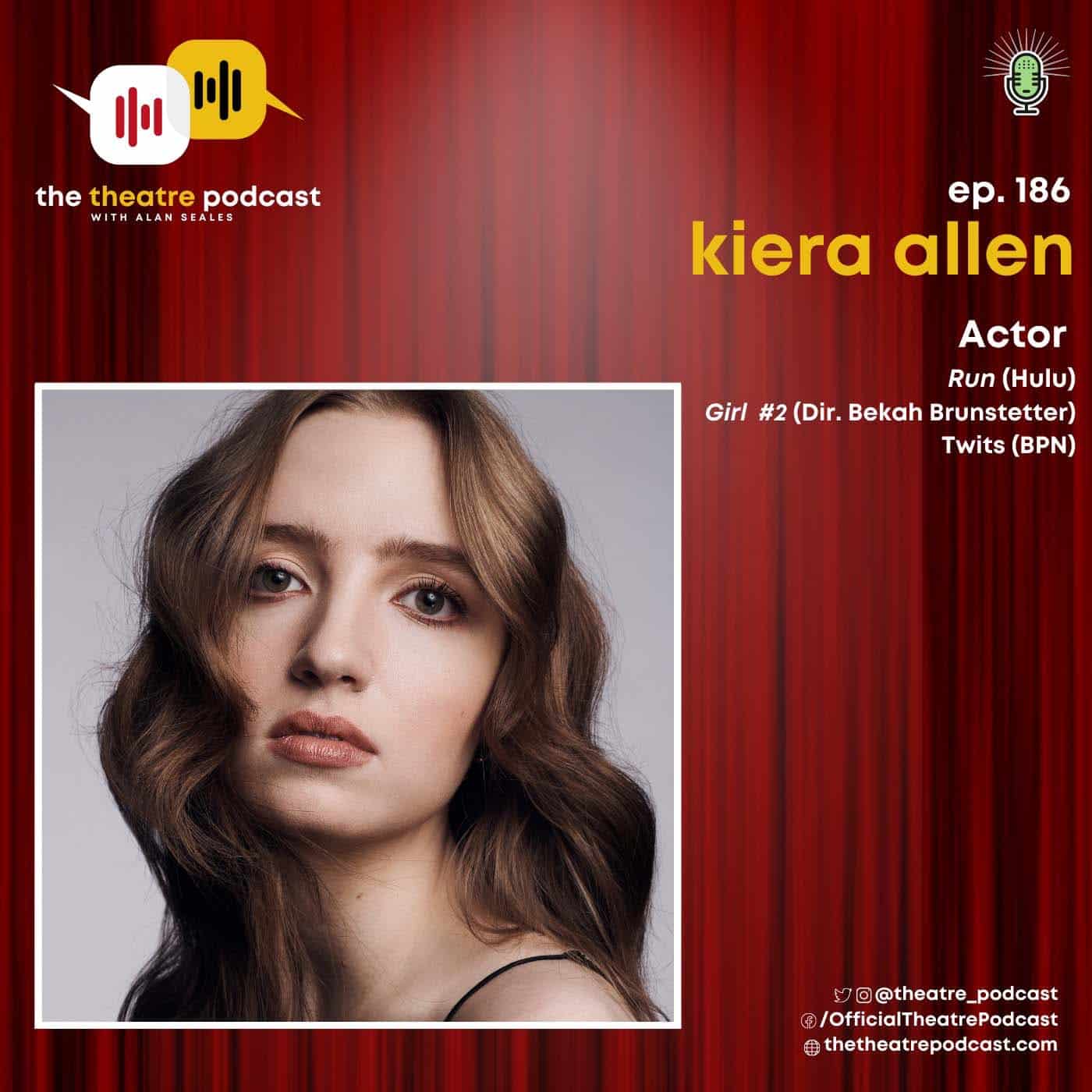 Actress Kiera Allen was named by The Hollywood Reporter as one of their breakout stars of 2020, due in no small part to her performance opposite Sarah Paulson in Hulu’s psychological thriller Run. She is the first wheelchair user to star in a major thriller in over 70 years, which has advanced the conversation about disability representation in the industry. Kiera has a collection of regional theater credits, including the world premiere of Bekah Brunstetter’s Girl #2, and is currently studying Creative Writing at Columbia University. She can now be heard as Pansy Freehold in the Broadway Podcast Networks’s new original radio comedy TWITS, starring opposite Michael Urie and Christian Borle.

Kiera talks about being exposed to the world of theatre from a young age, and how as a result of growing up around creatives, she learned about the hard work and dedication required to succeed, as well as to have respect for the process. She speaks candidly about holding space on social media for important conversations pertaining to the disability community, and shares her thoughts on being called “an inspiration”. Keira also chats about working on TWITS, and why she is proud to be a part of the project.