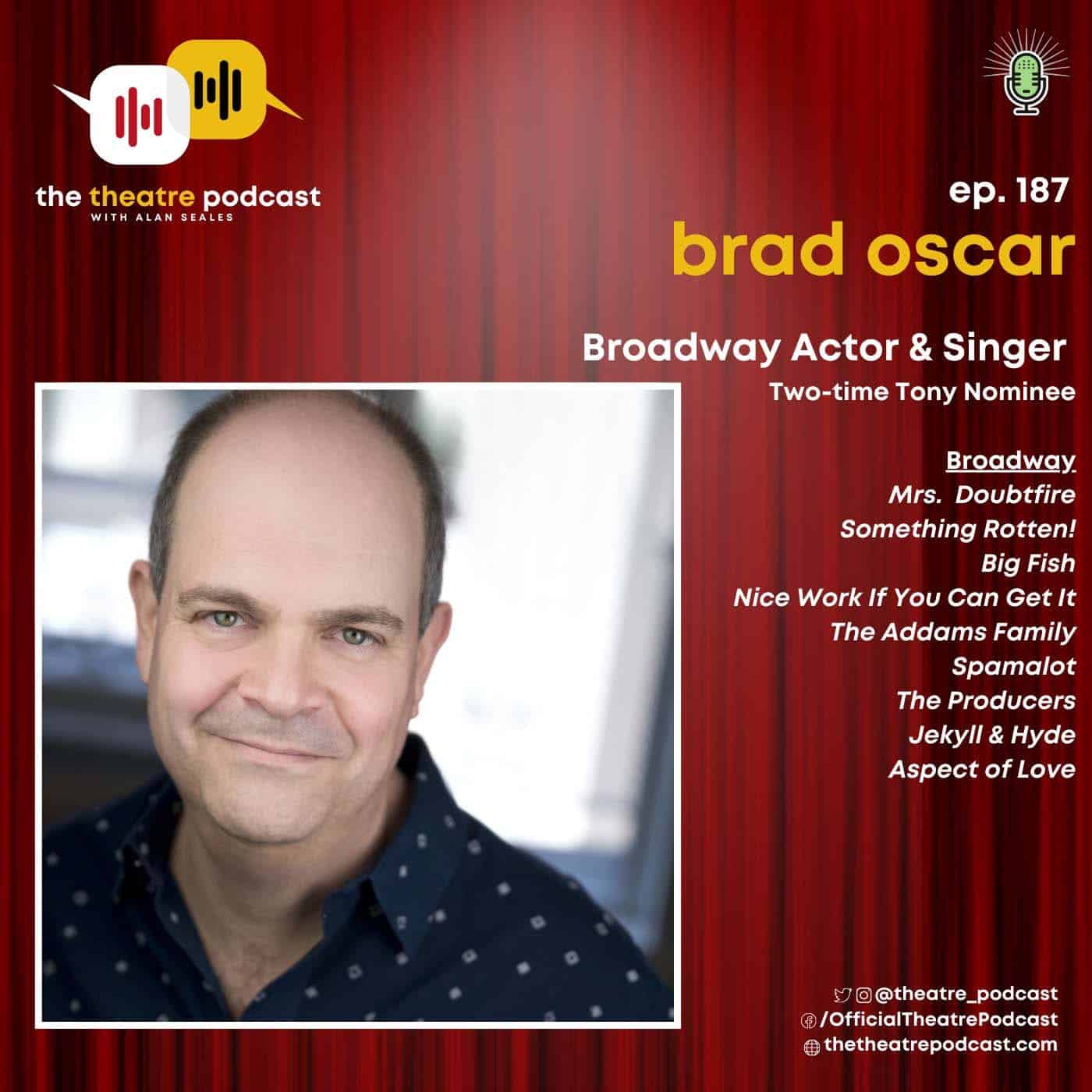 Actor Brad Oscar has earned two Tony Award nominations for his performances in The Producers and Something Rotten!, and has additional Broadway credits which include The Addams Family, Nice Work If You Can Get It, Spamalot, Jekyll & Hyde, and Big Fish. Off-Broadway and Regional credits include Damn Yankees, Forbidden Broadway, Sweeney Todd, and both the Phantom of the Opera and Young Frankenstein national tours. You’ve seen him on TV in The Good Wife, Submissions Only, Madam Secretary, and Smash. Brad can currently be seen as Frank Hillard in the Broadway musical Mrs. Doubtfire.

Brad takes us on his journey with Mrs. Doubtfire, from the first table read of a very different iteration in 2015, to auditioning for the project in 2019, and the joy of working with the production’s creative team and cast. He opens up about his love and reverence for Stephen Sondheim, the man and his work, and about overcoming his fear of breaking the fourth wall in order to be a part of Barrow Street Theatre’s immersive production of Sweeney Todd. Brad also chats about the roller coaster of being part of a Broadway show in the time of COVID, and looking forward to the light at the end of the tunnel.

Get your tix for Mrs. Doubtfire’s return: