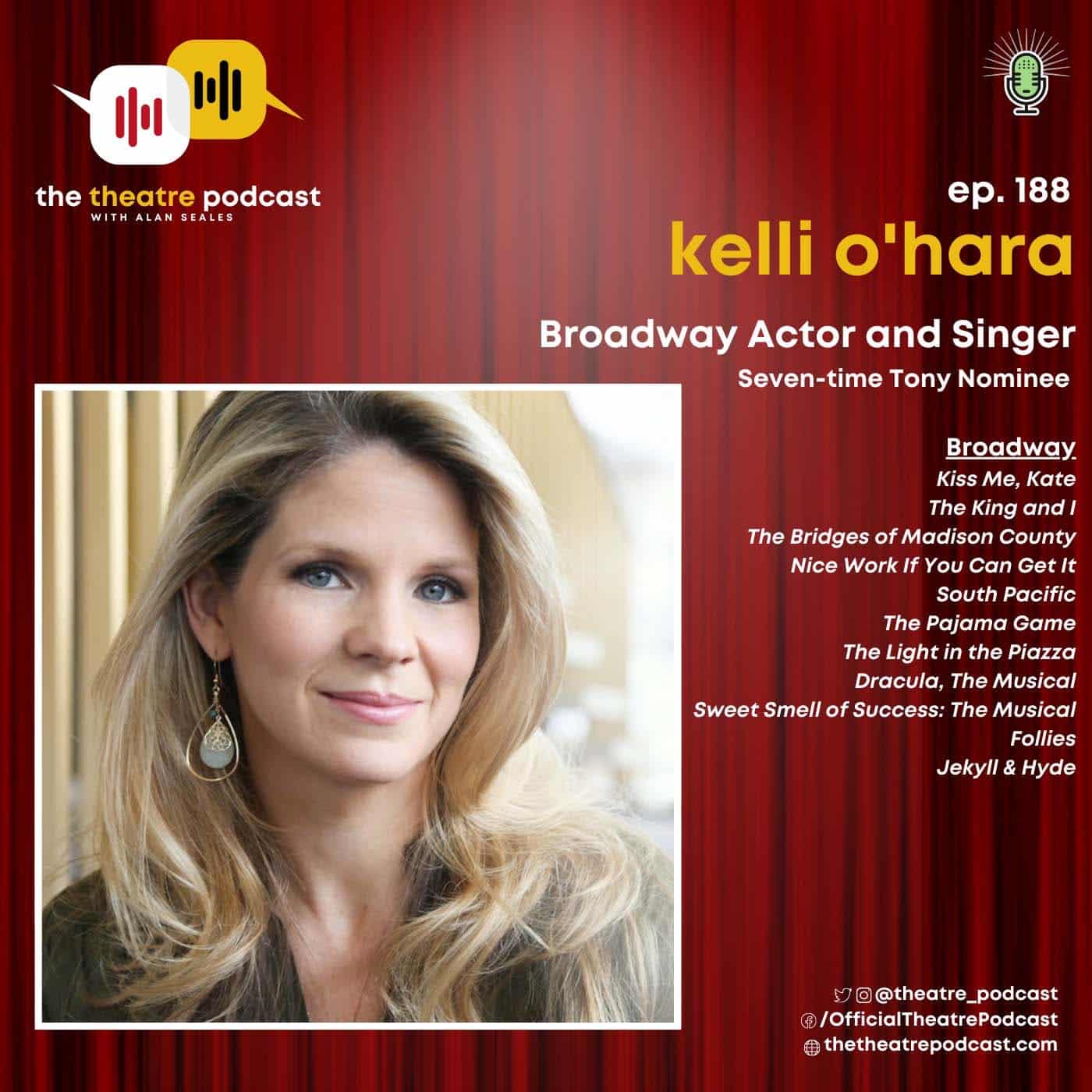 A seven-time Tony Award nominee, actress and singer Kelli O’Hara won the 2015 Tony Award for Best Actress in a Musical for her performance in the Lincoln Center Theater revival of The King and I. She has also received Tony nominations for her performances in The Light in the Piazza, The Pajama Game, South Pacific, Nice Work If You Can Get It, The Bridges of Madison County, and Kiss Me, Kate. Kelli made her opera debut at The Metropolitan Opera in Franz Lehár’s The Merry Widow in 2014. She also has many TV and film credits including Masters of Sex, 13 Reasons Why, Blue Bloods, and All My Children, and can currently be seen on TV in The Accidental Wolf and the new HBO series The Gilded Age.

Kelli may have studied opera at Oklahoma City University, but she opens up about why her true love is and always was Broadway, and how she often set herself into an “unusual size box” on Broadway in order to sing the way she felt most comfortable. She notes how performers are starting to take better care of themselves through both action and words, and shares why the shift to sharing roles more often with understudies, swings, covers, and standby’s sounds “delicious”. Kelli also chats about all things The Gilded Age, from lessons in using cutlery appropriately for the period, to where they filmed, to why she feels the shooting schedule is supportive of a family.