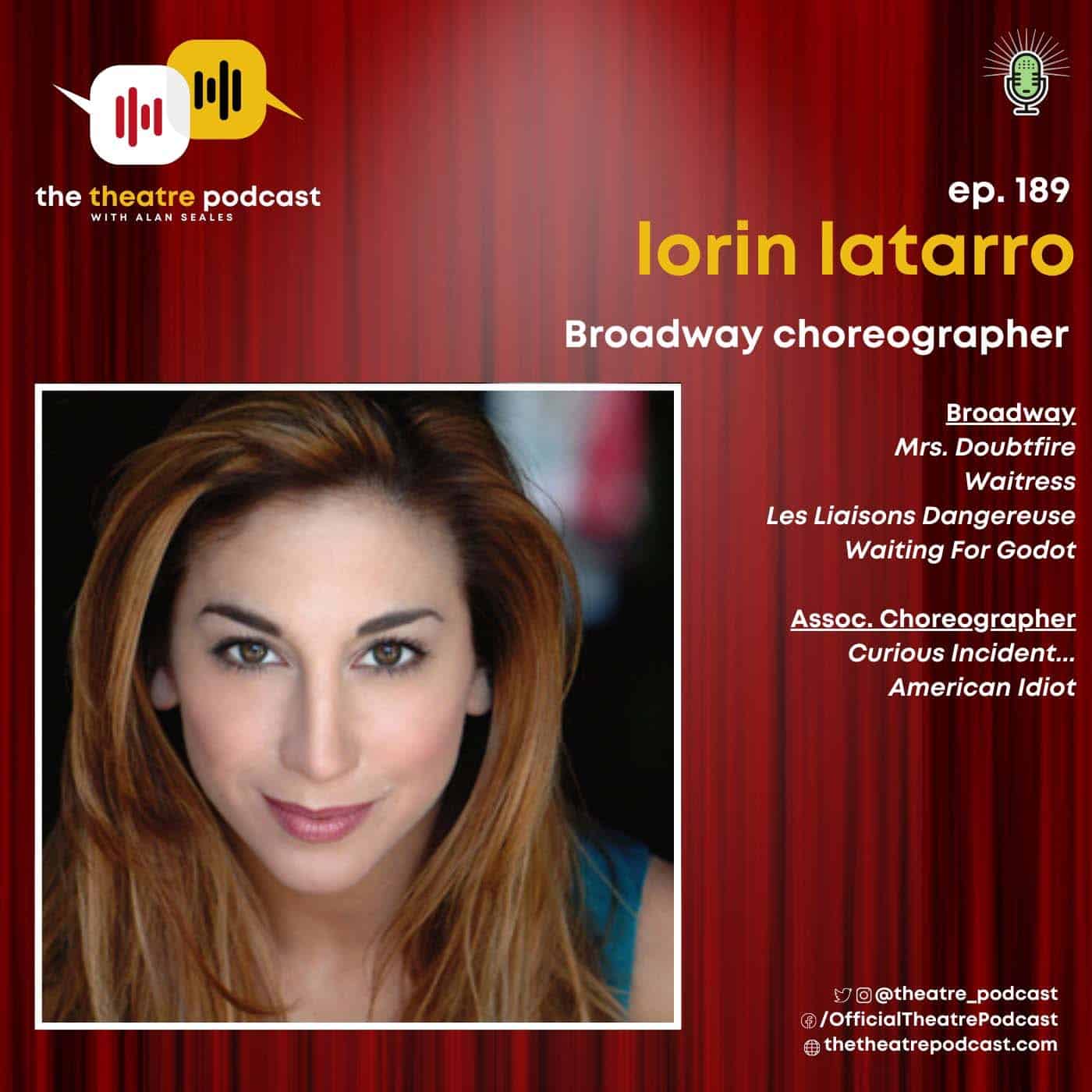 Lorin Latarro is a director and choreographer, who also has fourteen Broadway credits to her name as a performer, including Twyla Tharp’s Movin’ Out, Fosse, Swing!, Kiss Me Kate, A Chorus Line, Spamalot and Man Of La Mancha. She choreographed Broadway’s Mrs. Doubtfire, Waitress, Les Liasons Dangereuse, Waiting For Godot with Sir Ian McKellen and Sir Patrick Stuart, Merrily We Roll Along for Roundabout, La Traviata at The Met Opera, and was the Associate Choreographer for The Curious Incident of the Dog in the Night-Time and American Idiot. Her choreography has also been seen at The Public Theater, The Kennedy Center, Brooklyn Academy of Music, City Center Encores!, and the Old Globe. Lorin is a Drama Desk, Lucille Lortel, and Chita Rivera Award nominee, and recently directed Candace Bushnell’s one woman show, Is There Still Sex In The City, which became a NYTimes Critic’s Pick.

Lorin dives right into a conversation about her love for neuroscience and how it relates to the body (specifically dance), her obsession with the idea of how a collective experience (like watching live theatre) changes your brainwaves, and why she almost left the entertainment industry to create her own business. She opens up about why choreographing and directing suit her more than performing, and talks about her road to becoming a successful choreographer. Lorin also speaks about working on her newest Broadway show, Mrs. Doubtfire – how and why she integrated many different styles of dance, and how she carried out her vision.