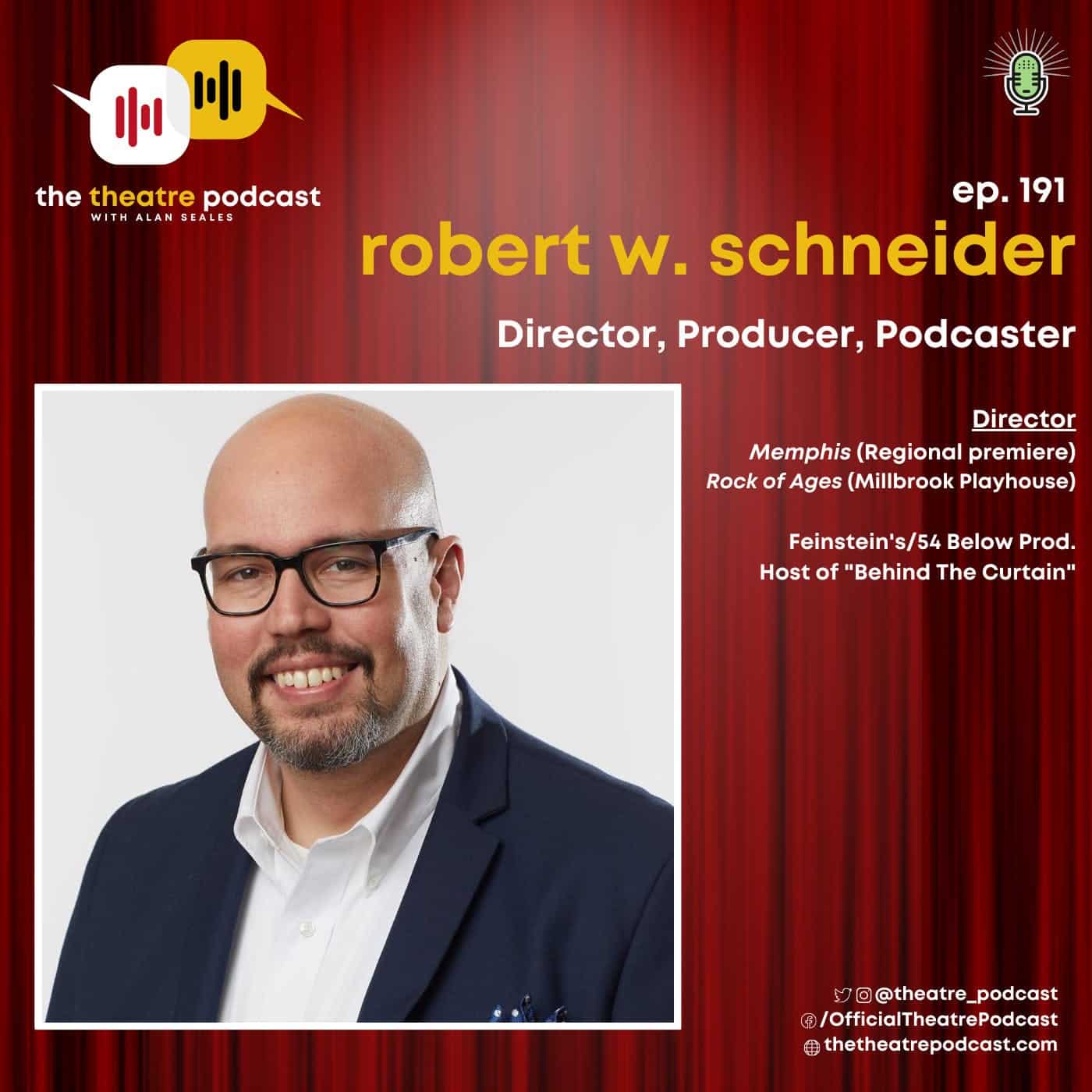 Robert Schneider is one of Feinstein’s/54 Below original programming producers, a freelance director, and co-host of the popular podcast Behind the Curtain: Broadway’s Living Legends, the official podcast of BroadwayWorld. Some of his favorite directing credits include Memphis (Regional Premiere), Rock of Ages (Millbrook Playhouse), The Last Five Years (Fuse Productions), Good People with Tony Award winner Johanna Day, and City of Angels (Young Artists Ensemble). Robert is also the Artistic Director for the J2 Spotlight Musical Theater Company, which just began its second season. Robert is currently on the faculty of both Penn State University and the New York Film Academy, and has a new book coming out on March 31st, called Fifty Key Stage Musicals, now available for pre-order.

Robert shares how the J2 Spotlight Musical Theater Company was born through connections fostered while working at 54 Below, and recalls memories of the day the pandemic shut them down. He talks about the wisdom accrued and lessons learned from his guests as one of the co-hosts of one of the industry’s favorite Broadway podcasts, one of the most noteworthy being the validation that there really is no security in this business for anyone. Robert also gives us an inside look to his new book, Fifty Key Stage Musicals, including how they decided which shows to include, and what kind of healthy debate he hopes it inspires.