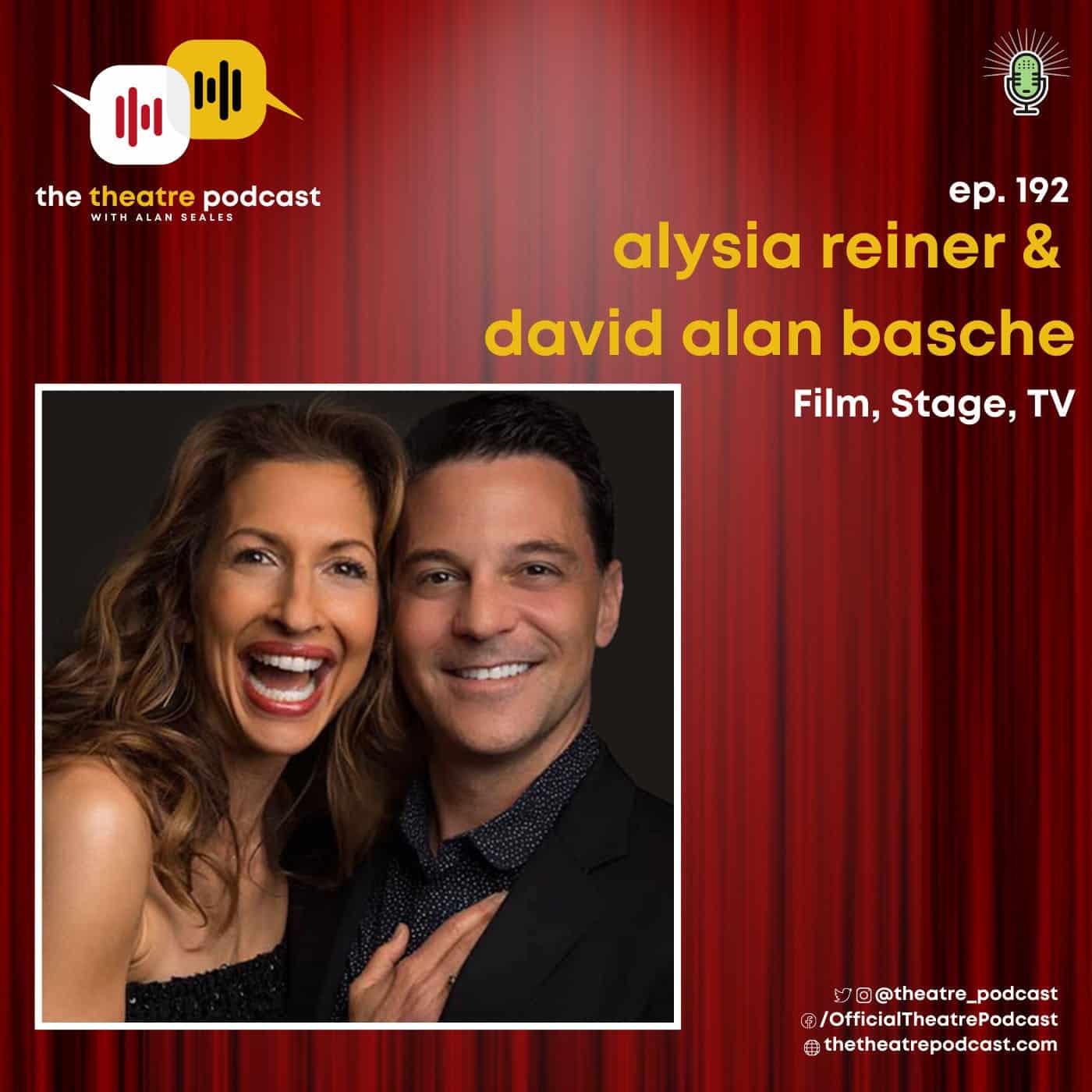 Alysia Reiner and David Alan Basche are a power couple of TV, film and theater. Alysia may be best known for playing Natalie “Fig” Figueroa, a warden on Orange is the New Black, and has a plethora of additional credits including Better Things, The Deuce, Masters of Sex, How to Get Away with Murder, 30 Rock and the upcoming production of Mrs. Marvel.  David may be best known for his five seasons starring in the TV Land original series The Exes, and for his portrayal of Todd Beamer in the film United 93. His own string of credits includes Royal Pains, Blind Spot, Frasier, 30 Rock and Lipstick Jungle. Alysia and David are co-producers, co-creators, and co stars, who can now be heard in the podcast original Around The Sun.

As collaborators, Alysia and David share how they decide which projects to work on together behind the camera, as well as their experiences working together on camera. They dive into the realities of living with a fellow actor and artist, including how they balance their careers, handle jealousy or envy, and how they curb self-doubt. And as actors who have to engage in intimate scenes with others, Alysia and David also share their philosophies on the importance of trust as a couple, and thoughts on the dichotomy of being actors whose job it is to “get caught up in what’s not real” for a role, but also acknowledging that it’s a lie.

Connect with Alysia and David: