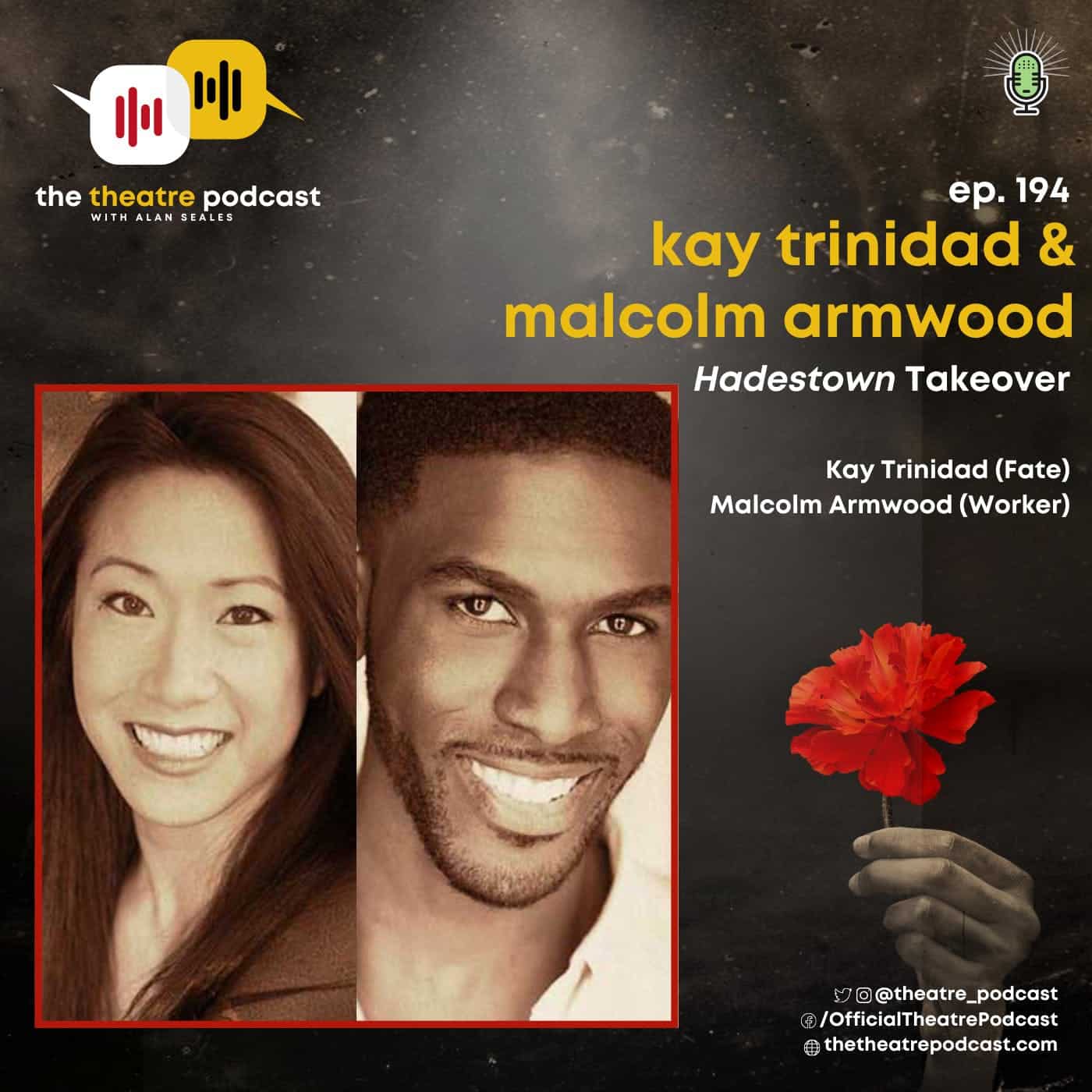 Ep194 – Kay Trinidad and Malcolm Armwood: The Fate of Swings in Hadestown

Malcolm Armwood made his Broadway debut as a swing in Hadestown, and can currently be seen playing one of the workers. He previously starred in the national tours of Motown: The Musical and Smokey Joe’s Cafe, and other credits include Grease, Ragtime, Hairspray, and Showboat. Kay Trinidad is part of the original Broadway cast of Hadestown, and has continued her role as one of the Fates since Broadway’s reopening. Kay made her Broadway debut in the original cast of The Little Mermaid, and additional credits include the world premiere of Lempicka (Williamstown Theatre Festival), the New York Premiere of BARE: A Pop Opera, Children of Eden in concert at The Kennedy Center, The King and I, and Beauty and The Beast.

Not only do Kay and Malcolm have a Broadway show in common, they reveal both performing as kids at home in front of their families, and recall memories of each of their early interests in the performing arts. Chatting about the heightened importance of theatre and the arts in the midst of a pandemic, Kay and Malcolm share their thoughts on what they find so compelling about Hadestown, and storytelling in general. They also chat about working with the “powerhouse” creative team behind Hadestown, including the collaboration between cast and crew that went into creating the final product.

﻿Connect with Kay and Malcolm