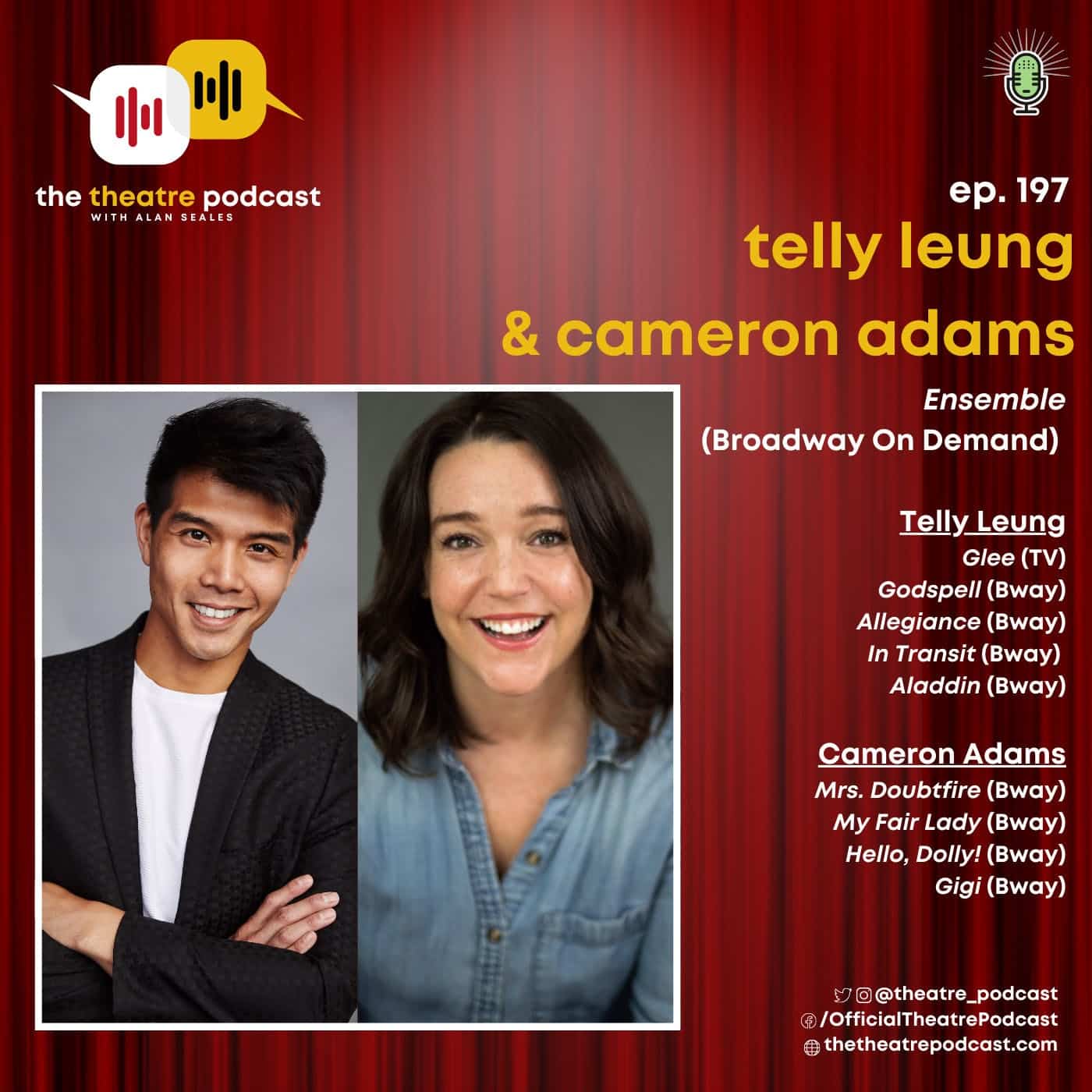 Telly and Cameron discuss the inspiration behind the documentary Ensemble, the catharsis of filming it, and ​​the resilience of the 13 very diverse people in different stages of their life and career who are featured on screen. They share thoughts on George Takei’s legacy as an artist, activist and producer, and how his career encouraged and cleared a path for so many after him. Telly and Cameron express their support of “call out culture” in order to take time for yourself physically and mentally, and reflect on the old adage “the show must go on”. They also open up about what they hope people walk away with after watching their new documentary, Ensemble which dropped on March 11th on Broadway On Demand. Telly, as the producer, and Cameron, as a featured performer, are part of this brand new documentary, which gives an inside look at the private lives of Broadway ensemble members a year after Broadway shut down.

Telly Leung made his Broadway debut in the 2002 revival of Flower Drum Song, and was named one of 12 Faces to Watch in 2012: Dance, Theater, Architecture, and Art by the Los Angeles Times. He boasts an extensive resume on both stage and screen, and other notable roles include Aladdin in Aladdin on Broadway, the Broadway revival and national tour of Rent, Godspell, The Secret Garden, and In Transit.

Cameron Adams has over a dozen Broadway credits on her resume after making her Broadway debut in the 2000 revival of The Music Man, and she will return to Broadway and her role in Mrs. Doubtfire when the show re-opens for the second time post COVID.

Connect with Telly and Cameron: