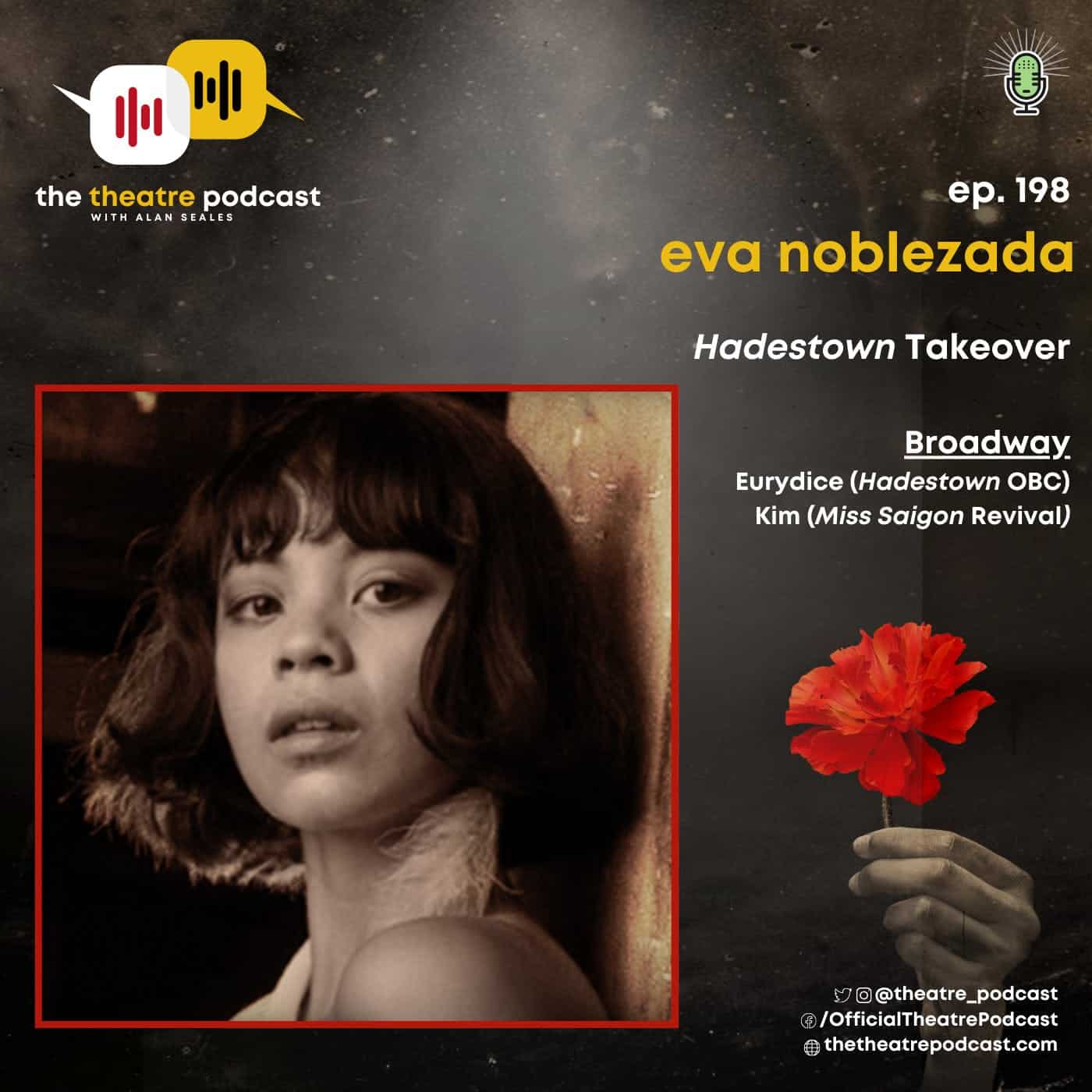 At the age of 25, Eva Noblezada is a two time Tony Award nominee, a Grammy Award winner, and a WhatsOnStage Award winning actress and singer. She starred as Kim in Cameron Mackintosh’s London revival of Miss Saigon when she was 17 years old, and shortly after played Eponine in the West End revival of Les Misérables. Eva later reprised her performance as Kim in the first Broadway revival of Miss Saigon (also her Broadway debut). In 2019, she made her film debut in Yellow Rose starring alongside Lea Salonga, who originated the role of Kim in Miss Saigon. Eva originated the role of Eurydice in Hadestown on Broadway, and it’s in Hadestown where she continues to lead, and take audiences “way down under the ground”.

Eva speaks candidly about her past toxic relationship with the word “perfect”, how it affected her life as a 17 year old all on her own abroad, leading Cameron Mackintosh’s London revival of Miss Saigon, and why she felt like she was “falling for years”. She opens up about living with anxiety, panic attacks, and body dysmorphia, and how she’s learned to come back to herself at those times, and ask the important questions – “Are we in danger? – We’re okay”. Talking about Hadestown, Eva shares her thoughts on Eurydice (and playing Eurydice), and her love for the “extra layer of consciousness” that can be seen throughout the whole show.