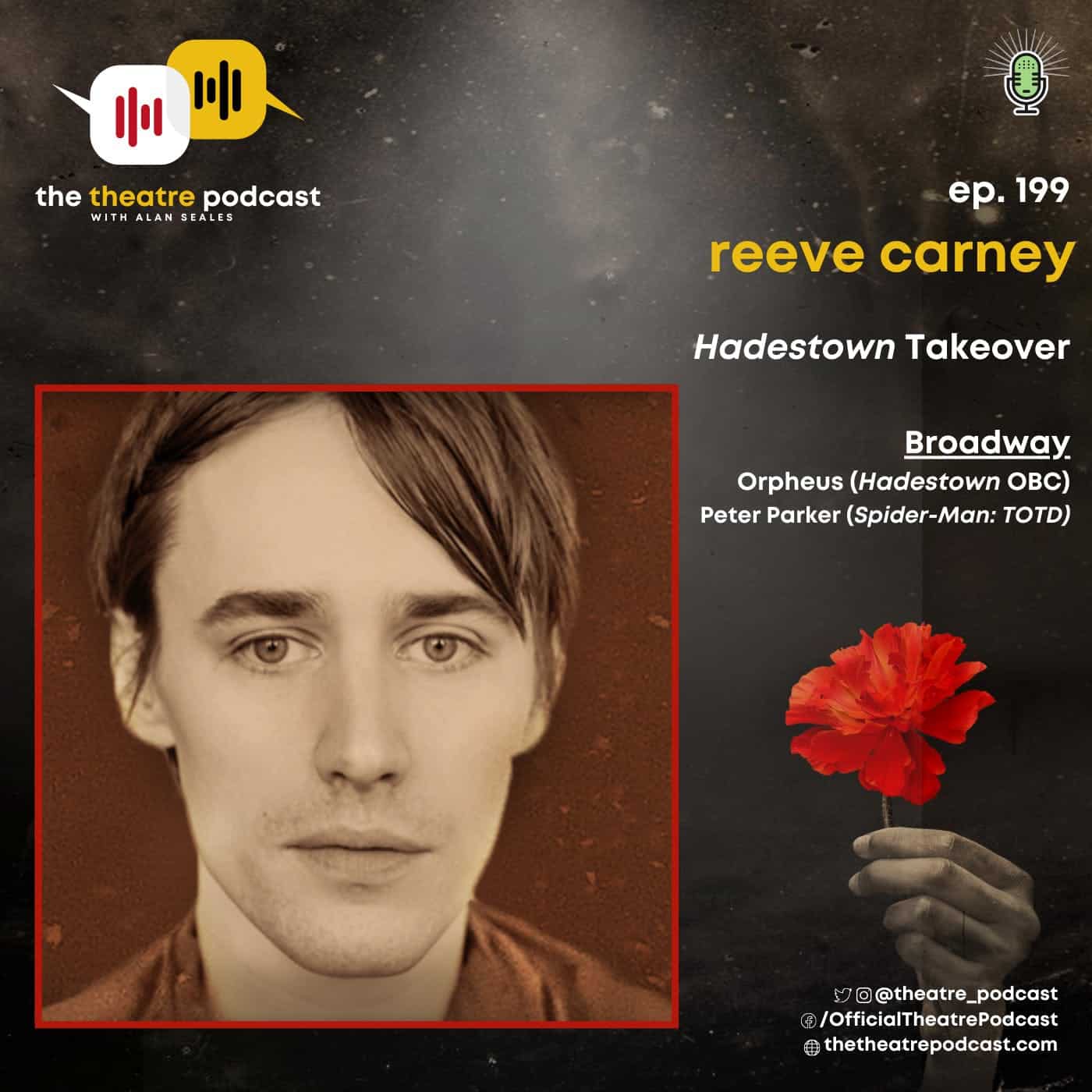 Ep199 – Reeve Carney: He Originally Said ‘No’ To Hadestown

Reeve Carney is an actor, singer-songwriter, and musician, who may be best known for originating the role of Peter Parker/Spider-Man in Spider-Man: Turn Off the Dark on Broadway, and playing Orpheus in the original Broadway cast of the Tony Award-winning musical Hadestown. Other notable roles include his portrayal of Dorian Gray in the Showtime series Penny Dreadful, and Riff Raff in the Fox musical television film The Rocky Horror Picture Show: Let’s Do the Time Warp Again. Reeve is also the lead singer and songwriter of the band Carney, also consisting of his brother Zane, Aiden Moore, and Jon Epcar, who together have toured with The Veronicas, and opened for Arcade Fire and U2. He recently appeared as Tom Ford in the Oscar nominated film House of Gucci, and can currently be seen performing his original music in his residency at The Green Room 42, or captivating audiences eight times a week as Orpheus in Hadestown on Broadway.

Reeve chronicles his almost 27 year guitar playing journey, which began at age 12 and led to playing in nightclubs in LA a few years later, where fellow musicians convinced him if he ever wanted to lead a band, he needed to learn how to sing. He recalls meeting Julie Taymor for the first time at one of his band’s shows, and how that meeting set the course for working with Bono and The Edge, and originating the role of Peter Parker/Spider-Man on Broadway. Reeve also shares how he became involved with Hadestown, how the character of Orpheus changed significantly between their run at the National Theatre in London and the Broadway opening, and why he said “no” when asked to be a part of the first reading in 2012.