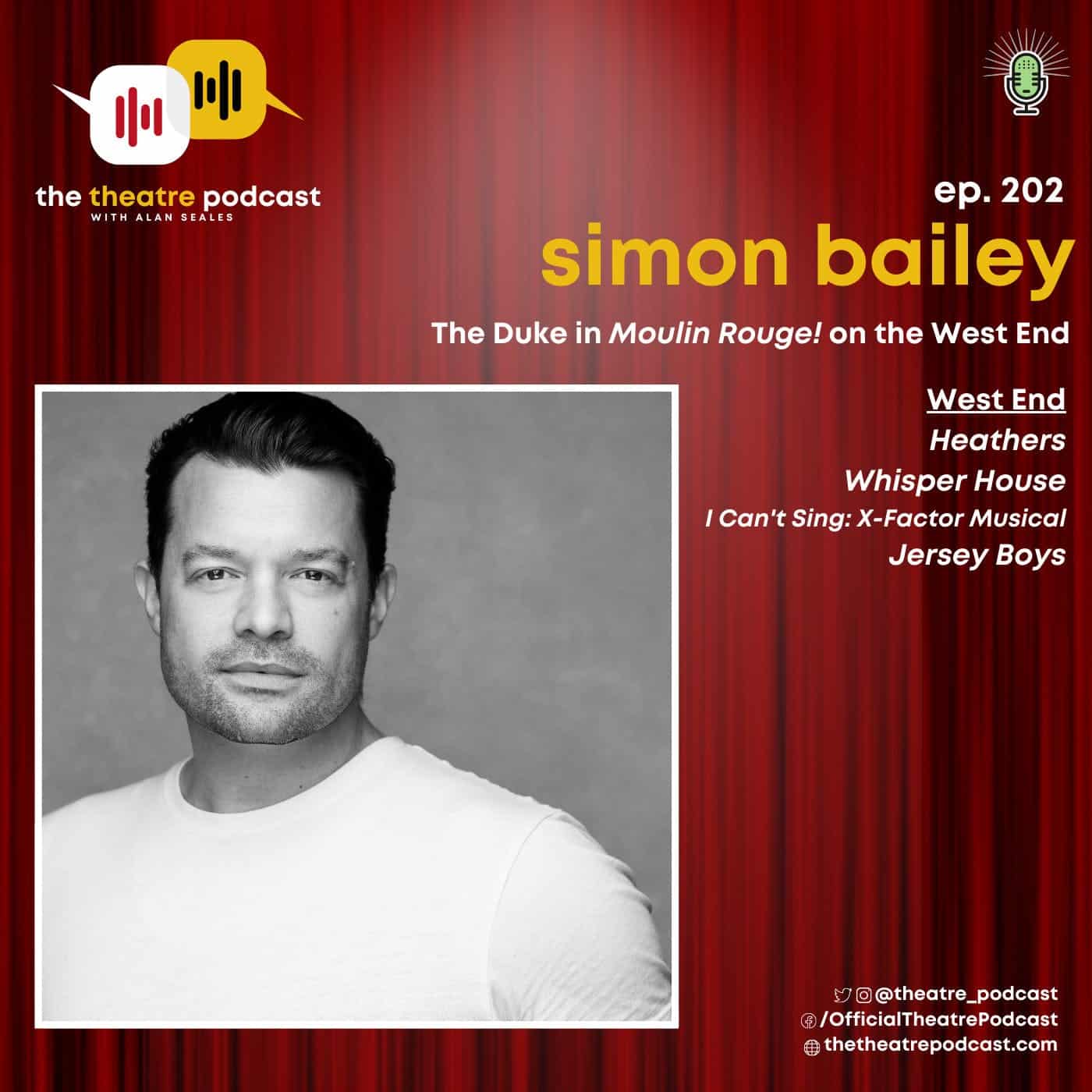 Actor Simon Bailey hails from London, where his career on the West End is booming. He trained at the National Youth Theatre of Great Britain, and his West End credits include Heathers: The Musical, Jersey Boys (Tommy DeVito), The Phantom of the Opera (Raoul), Enjolras in the 21st Anniversary cast of Les Miserables, I Can’t Sing! The X-Factor Musical, Romeo and Juliet -The Musical, Pharaoh in Joseph and the Amazing Technicolor Dreamcoat, We Will Rock You, and more. SImon can be seen now in the West End production of Moulin Rouge as The Duke at the Piccadilly Theatre.

Simon reminisces about his experience as part of the original workshop for Heathers: The Musical in London, and shares why it holds such a big place in his heart. He opens up about landing the role of The Duke, why he’s had so much fun building and developing a darker character, and also talks about why he particularly loves the first 10 minutes of the show when he’s able “to look out and see everybody… just completely entranced in this thing.” Simon also reflects on working as an understudy, and why he feels it’s such an important ground to start from and build on.