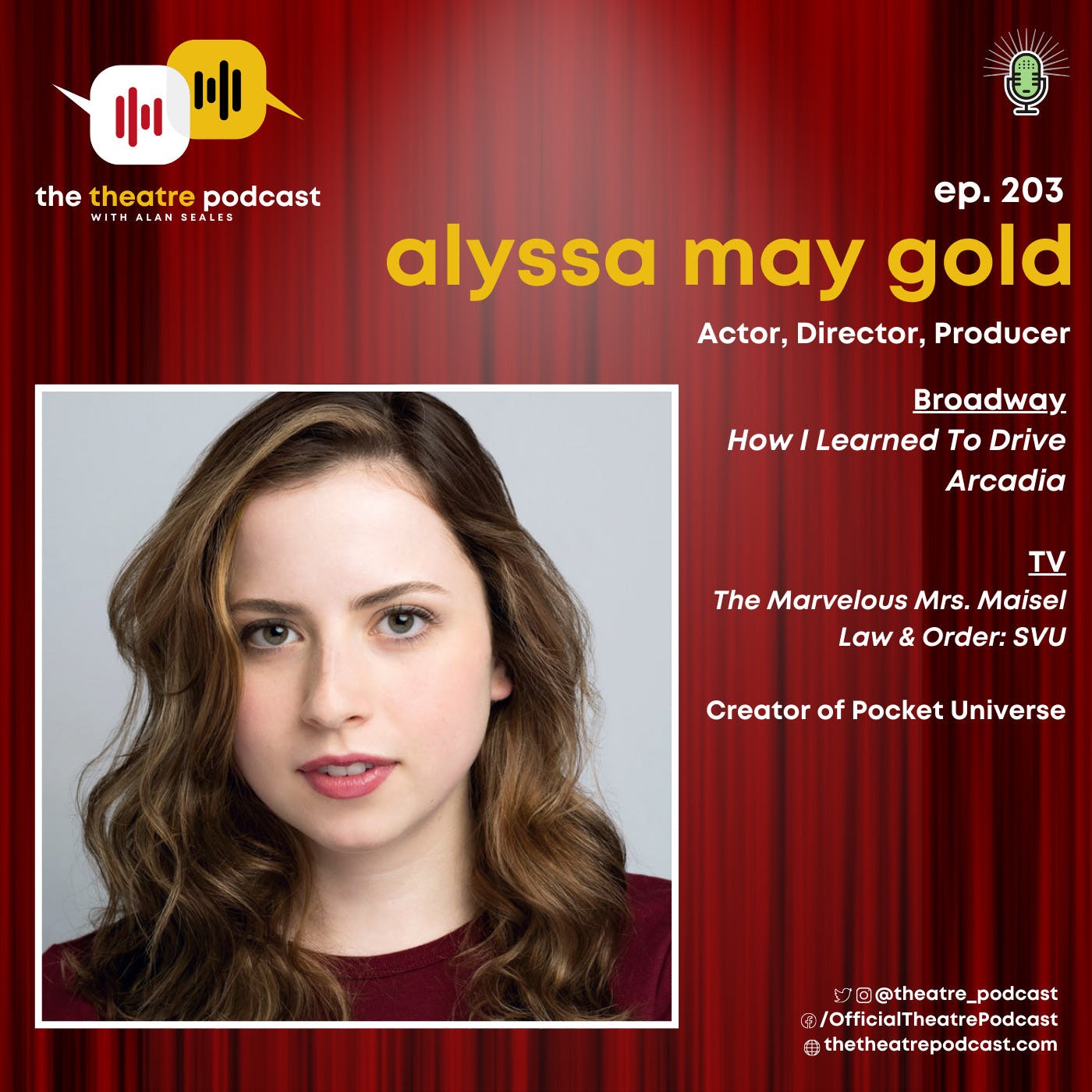 Ep203 – Alyssa May Gold: “There are doctors who do heart surgery, and then there are actors who work on your heart.”

Alyssa May Gold recently made her Broadway debut alongside Mary-Louise Parker and David Morse in the long-anticipated Broadway premiere of How I Learned To Drive. She was previously seen in WP Theater/Second Stage’s acclaimed world premiere of Our Dear Dead Drug Lord, and other New York credits include Arcadia (Broadway), Juliet + Romeo, Julius Caesar, The Maid’s Tragedy (Pocket Universe), Middle of the Night, Lemon Sky (Keen Company), and Brilliant Traces (Art of Warr). Alyssa’s Film and TV credits include “Rebel in the Rye,” “Divine Secrets of the Ya-Ya Sisterhood,” “Taking Woodstock,”and “Law &Order: SVU.” She is also the founder of Pocket Universe, a theater/film production company dedicated to reconsidering and re-imagining classic stories and conventions.

Upon being asked how she first became involved in theater, Alyssa recalls seeing the Annie movie when she was four years old, and says she hasn’t stopped since. She talks about the inspiration and creation of her production company, Pocket Universe, revealing the meaning behind its title and how it relates to string theory. Alyssa also opens up about the great responsibility she feels to the audience as part of How I Learned To Drive, saying the play “is putting a handout to the people who need to be pulled up through hell back to Earth” – “…that’s why there are doctors who do heart surgery, and then there are actors who work on your heart.”