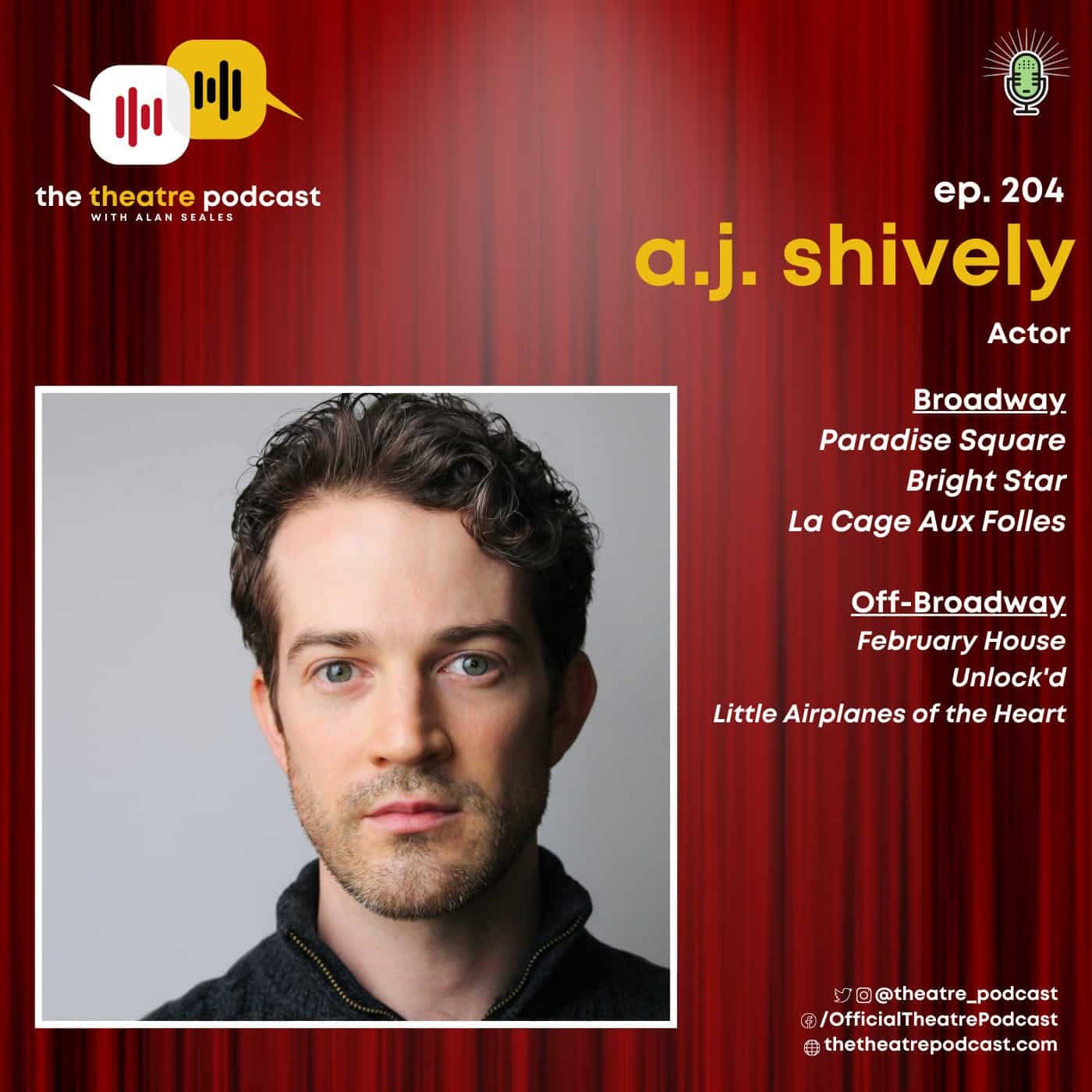 A.J. shares how he had to learn Irish step dance for the new Broadway musical, Paradise Square where plays the role of Owen Duignan. He also talks about his acting career which started at a young age, from landing his first professional job for the national tour of the Sound of Music and living in New York to pursue his dreams, to moving back to Ohio after the 9/11 attacks. He also shares a fun anecdote about his years in Professional Children’s School, where a girl from his math class turned out to be Scarlett Johannson. A.J. opens up about how there’s still so much to learn about America’s history despite being a history nerd himself, why Broadway feels intimate to him, and why he thinks storytelling is important to help us remember and find empathy.

A.J. stars as Owen Duignan in the new musical Paradise Square which opened recently on Broadway at the Barrymore Theater. He has also been seen on Broadway in Bright Star; The Sound of Music; National Tour: Bright Star; La Cage aux Folles, and more. Some of his other Off-Broadway/stage credits include February House (The Public); Brigadoon (Irish Rep); The Suitcase Under the Bed (Mint); Unlock’d (Prospect); A Contemporary American’s Guide to a Successful Marriage (Cherry Lane); Things To Ruin (Second Stage). He was also recently seen in television shows, including CBS’s “Bull” as Jerry McConnell and HBO Max’s “Julia” as Chef André Soltner. A.J.’s Film and TV credits also include “Hunters”, “The Blacklist”, “Madam Secretary”, “Younger”, and “Homeland”.