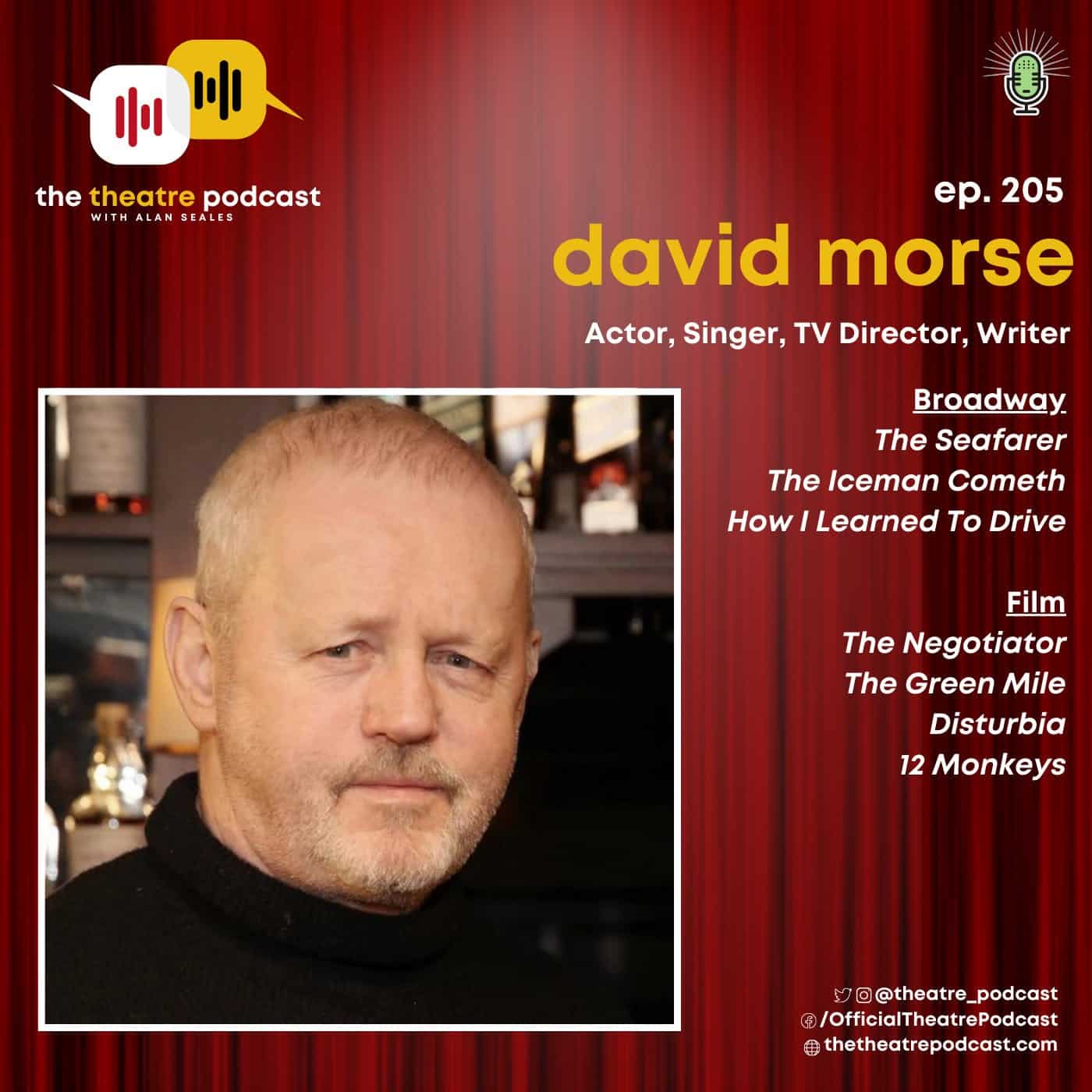 2022 Tony Nominee(!!) David Morse is reprising his role for Paula Vogel’s Pulitzer Prize-winning play How I Learned to Drive, making it’s Broadway debut! David recalls his journey from loving theatre in high school to joining the Boston Repertory Company and eventually moving to New York to join the Circle Repertory Company. He also shares what made him change his mind from vowing to never do TV early in his career to becoming an established actor with a long list of TV and film credits. He opens up about how acting and playing different characters helped him get through tough times when he was younger, giving up theatre when he was struggling financially, finding the silver linings and being grateful for the way things turned out despite any shortcomings.

David has become an established actor with an incredible TV, film, stage, and acting career, boasting a long list of credits like “The Green Mile” and the Off-Broadway production of Paula Vogel’s Pulitzer Prize-winning drama, “How I Learned to Drive” where he won numerous awards, including an Obie Award and a Drama League Award. He appeared in over 30 productions with the Boston Repertory Company and further his stage career with the Circle Repertory Company in New York before giving TV and film a chance. Some of his other notable credits include movies like “St. Elsewhere”, “12 Monkeys”, “Contact”, “The Hurt Locker”, “Proof of Life”, “Double Vision”, and a number of TV series like “Hack”, “The Chair”, and “House”.In this episode, we talk about: