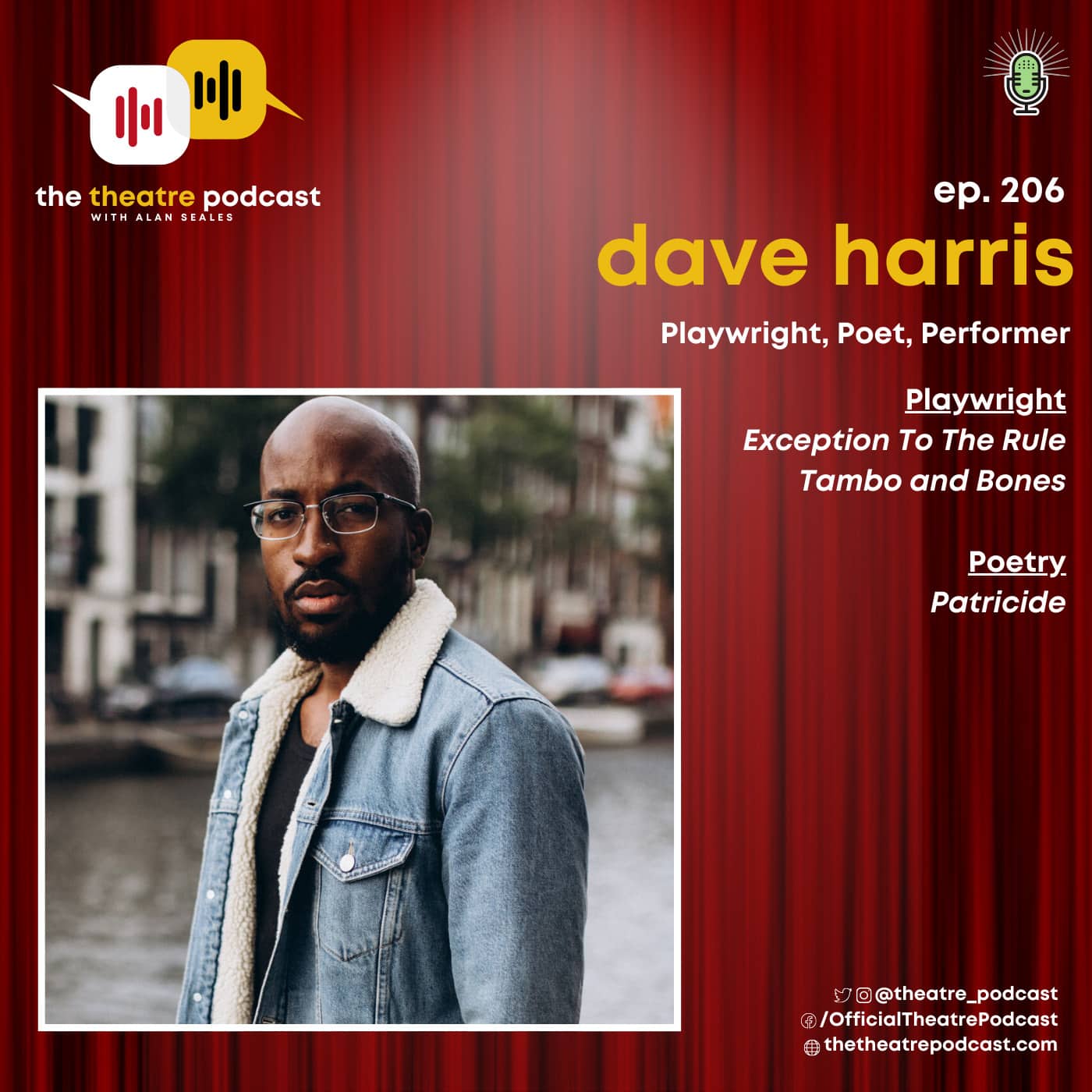 Ep206 – Dave Harris: He is his own Exception to the Rule

With two of his plays, Tambo & Bones and Exception to the Rule, being produced simultaneously, Dave Harris shares his chaotic but exciting schedule as he goes back and forth to LA and New York to help and make sure everything is in order on their openings. He talks about his relationship with writing and how switching from a public school to a private one influenced his writing as well as his love for theatre. He reflects on what makes theatre frustrating at times, why he chooses to write from an individual perspective, and how he uses playwriting to address his personal fears. Dave also shares why he’s happiest when he’s doing multiple projects, and why his friends’ imaginations motivate him the most.

Dave Harris is a poet, performer, and playwright whose recent works include Tambo & Bones produced at Playwrights Horizons and Center Theatre Group, and Exception to the Rule which will premiere this year at Roundabout Underground. He has won numerous awards, including the 2019 Ollie Award, The Lorraine Hansberry Award, Mark Twain Award from The Kennedy Center, the 2018 Venturous Fellowship from The Lark, and a Cave Canem poetry fellowship. Other works include Summertime, his adapted film that premiered at Sundance in 2020. His first full-length poetry collection, Patricide was also recently published from Button Poetry. His work has also been seen at Actors Theatre of Louisville Humana Festival, Roundabout Underground, Manhattan Theater Club, Center Theatre Group, The Goodman, Victory Gardens, The Kennedy Center, Oregon Shakespeare Festival, and many more.