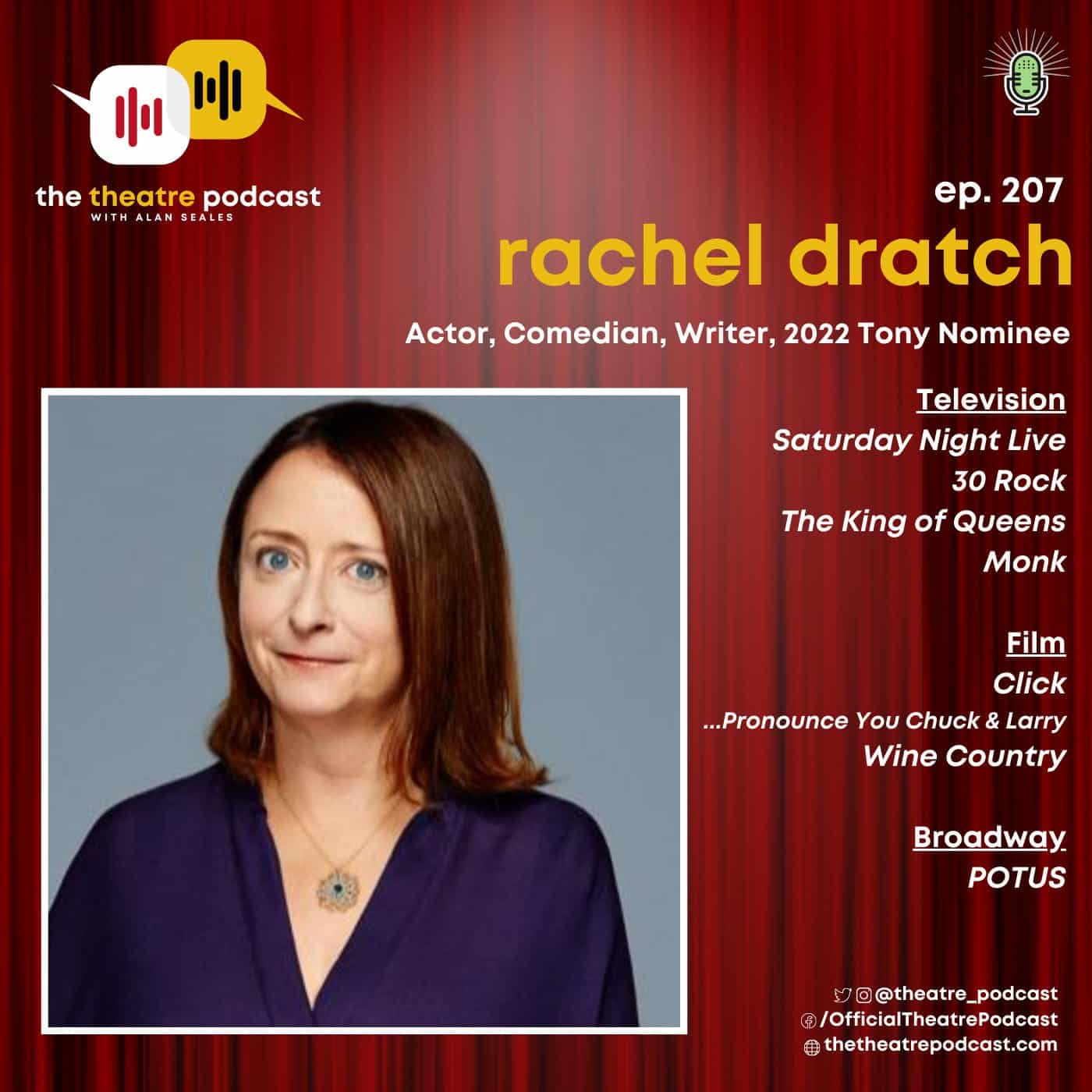 Ep207 – Rachel Dratch: Her Tony-Nominated Role in POTUS is no Debbie Downer

Rachel Dratch recently had her Broadway debut in POTUS: Or, Behind Every Great Dumbass Are Seven Women Trying to Keep Him Alive, a play by Selina Fillinger. With three decades of experience in the business, Rachel recalls her SNL days where she worked for seven years and compares the pressure that came along with it and how it differs from doing Broadway. She speaks candidly about her love for comedy, particularly improv and sketch, and whether she’ll ever try drama on stage or in movies. Rachel also shares why she prefers sticking to the script and rarely improvises on a film, why she decided to leave SNL, and why you should have fun when you’re in a “dip”.

Rachel Dratch is an actress, comedian, and writer, whose latest stage credits include POTUS: Or, Behind Every Great Dumbass Are Seven Women Trying to Keep Him Alive, her Broadway debut. She was a cast member on Saturday Night Live for seven years, where she had memorable characters like Debbie Downer, Boston teen Denise, and the “Lovers” professors with Will Ferrell. She was an alumna of the Second City Theater in Chicago, where she performed in four revues on the main stage, two of which she received the Joseph Jefferson Award for Best Actress in a Revue. Some of her live comedy credits include ASSSCAT 3000 at the UCB Theater in New York, “Dratch and Fey”. Her TV credits include “Frasier,” “Ugly Betty,” “30 Rock,” “Unbreakable Kimmy Schmidt,” and “Shameless,” and some of her film credits include “Wine Country,” “Click,” and “Just Go with It.”