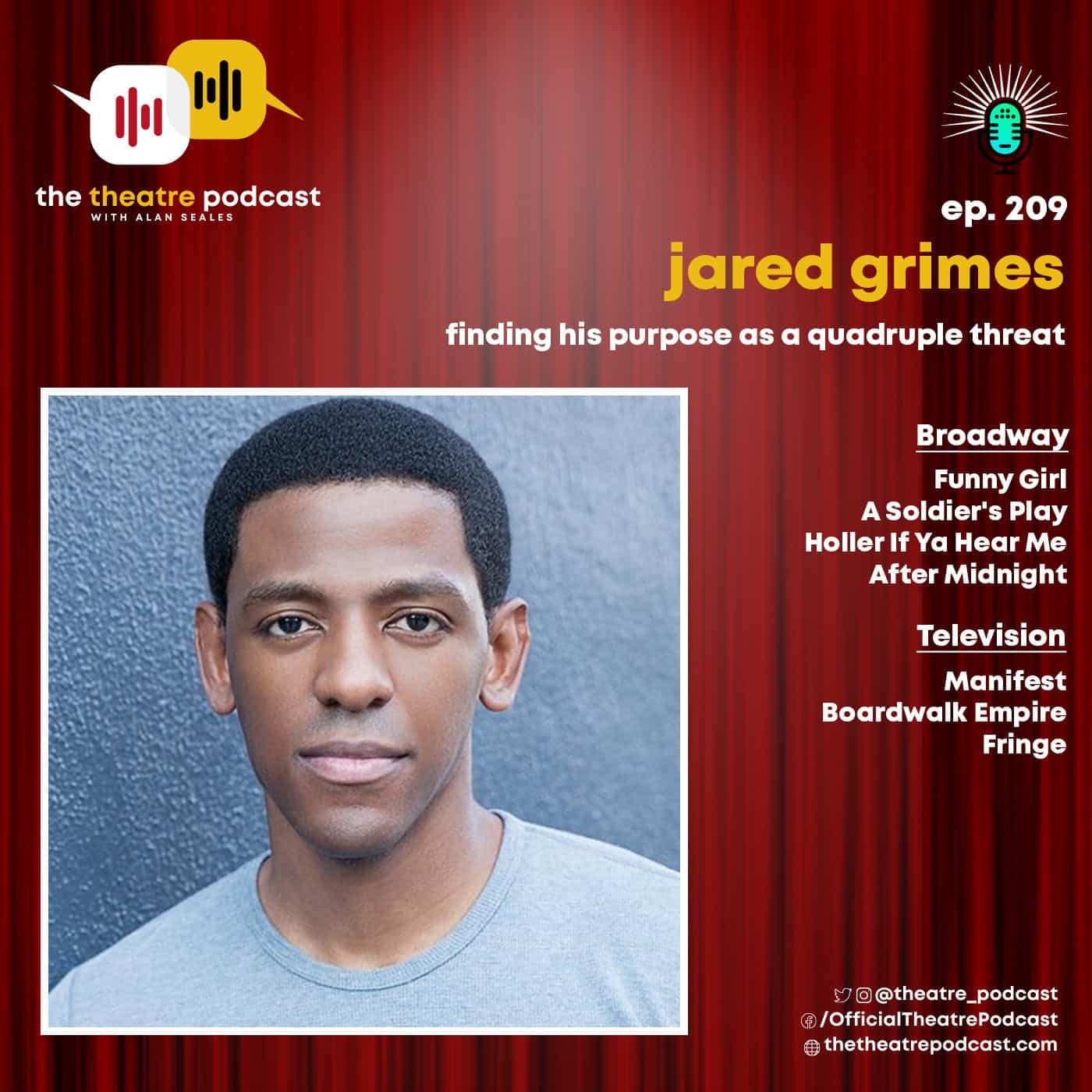 Ep209 – Jared Grimes: Finding His Purpose as a Quadruple Threat

With credits in singing, dancing, acting and choreographing, and now a 2022 Tony Nominee for his role in Broadway’s first-ever revival of Funny Girl, Jared Grimes deserves the title “quadruple threat”. The Broadway Star recalls his early days when he would tap dance and perform in the New York City subway and other spots in the city. Jared shares the story of how he landed a gig as Mariah Carey’s backup dancer, and how he pulled off filming Manifest and rehearsing for Funny Girl at the same time. He talks about his inspiring outlook regarding rejection and why he considers it as “just a different path to another opportunity”, resilience as one of his superpowers, and the importance of finding your purpose.

Jared is a dancer, singer, actor, and choreographer whose long list of credits includes touring with iconic singer, Mariah Carey, and dancing for popular artists like Salt-n-Pepa and Busta Rhymes. His theatre performance credits include “A Soldiers Play on Broadway”, “The Radio City Spring Spectacular”, “After Midnight on Broadway”, “Twist”, “Babes in Arms”, and “Gentlemen Prefer Blondes”. His TV credits include NBC’s Manifest, Fox’s “Fringe” and HBO’s “Boardwalk Empire”. His choreography credits include “Banana Shpeel” off-broadway, “After Midnight” on Broadway, and “Holler If You Hear Me”, “Jelly’s Last Jam”, “The Scottsboro Boys”, “Ain’t Misbehaving”, “42nd Street” where he won a Jeff Award for Best Choreography and “Lights Out: Nat King Cole” where he won a Barrymore Award for Best Choreography. Jared has also choreographed his first film, “Breaking Brooklyn”. His film credits include “The Marc Pease Experience”, “Little Manhattan” and “First Born.