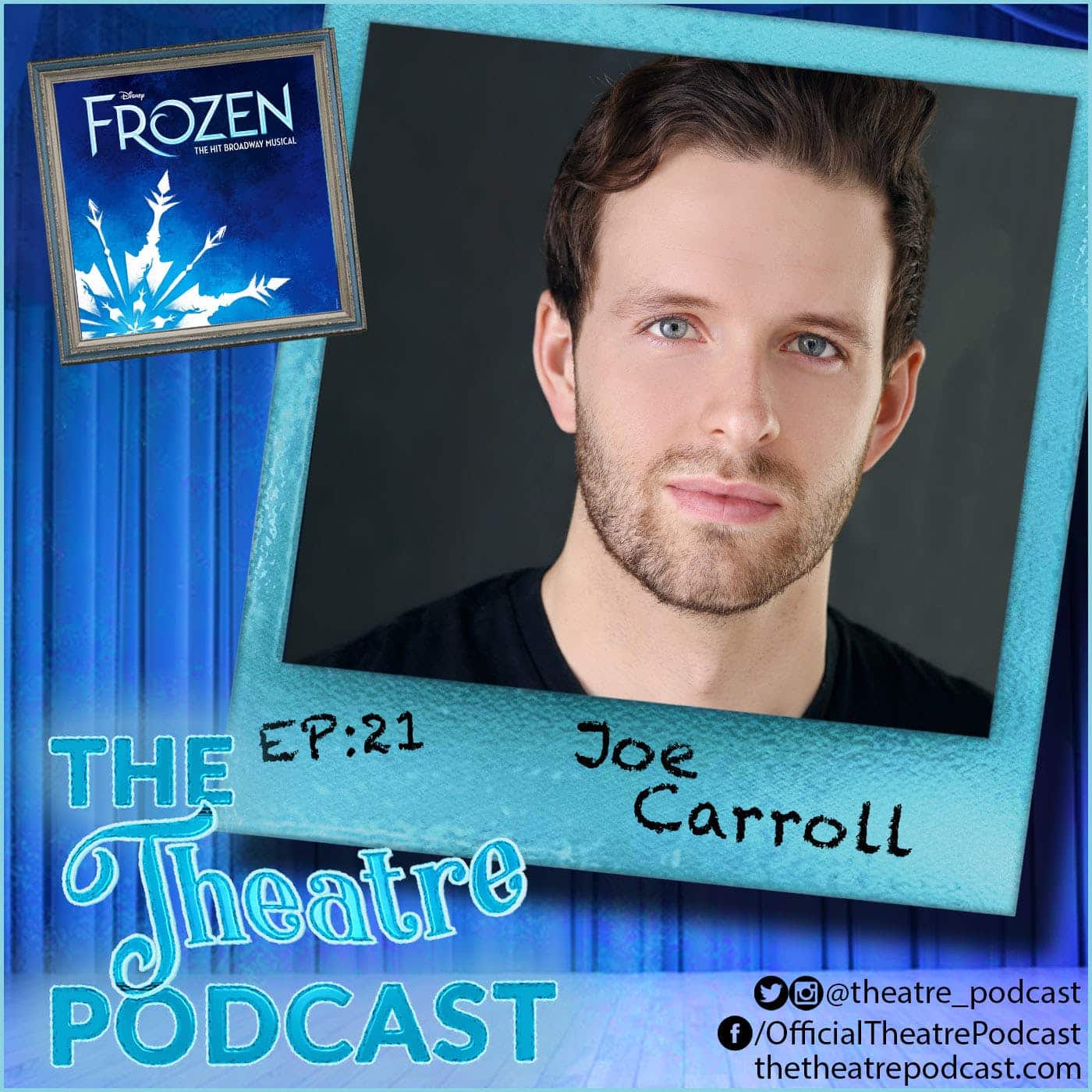 Joe Carroll joins us this week to kick off our Disney’s Frozen on Broadway takeover month. Joe recently joined the company of Frozen as Prince Hans, but he’s no stranger to playing a prince. He formally played Prince Topher in Cinderella. His other Broadway credits also include Once, Romeo and Juliet, and Bandstand. Joe recently starred in the Boston production of Moulin Rouge and has been featured on various television shows including Chicago Fire and All My Children.

On this episode, Joe discusses his childhood as a sports kid until an injury led him to spend time learning music. He decided to pursue musical theatre is college at the University of Michigan. He landed his first Broadway show shortly after moving to New York City and has been hustling ever since.