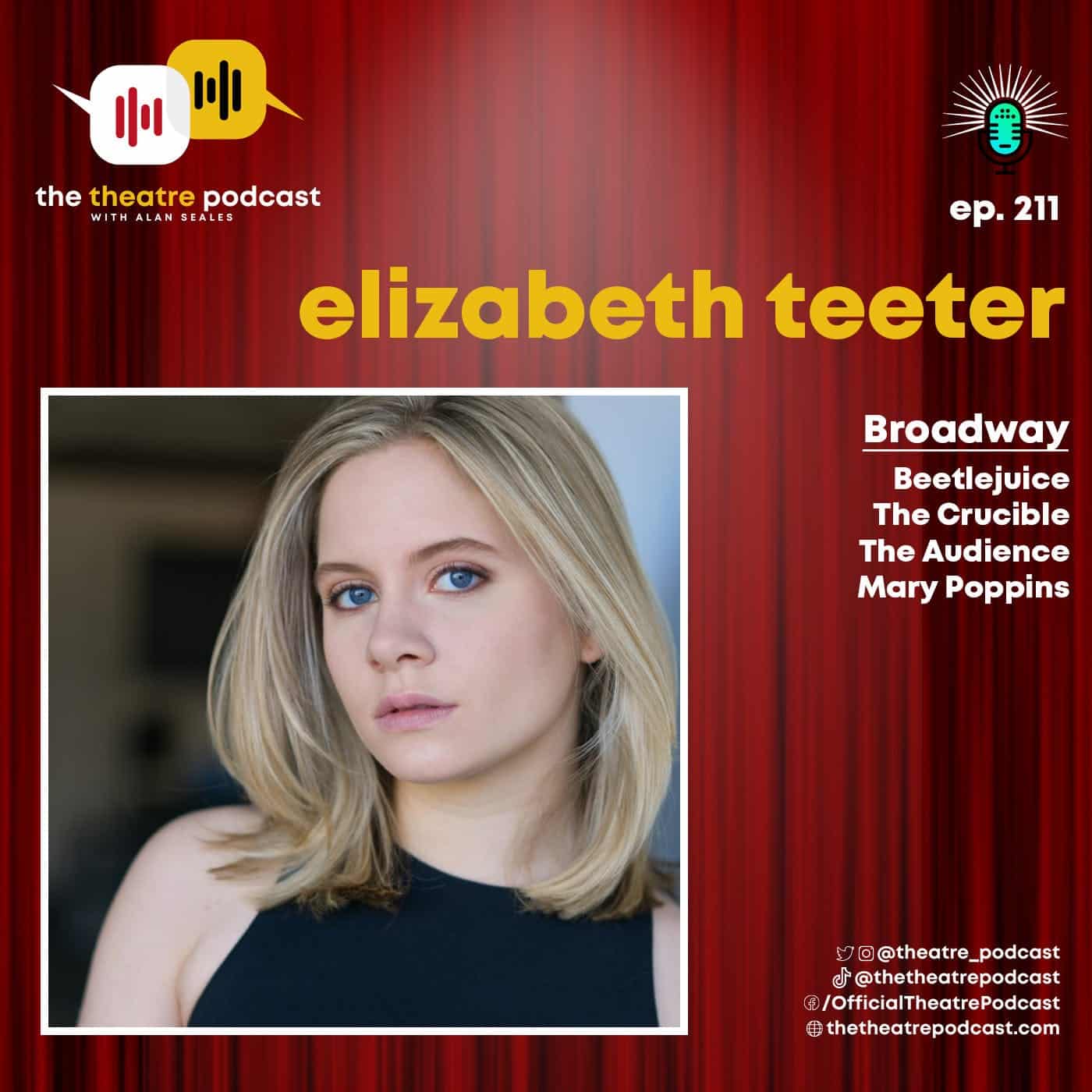 Ep211 – Elizabeth Teeter: Spilling the Deetz about Beetlejuice the Musical

When Elizabeth Teeter found out she will be taking on the role of Lydia Deetz in the beloved musical, Beetlejuice, the world suddenly shut down due to COVID and she never got to take her first bow as Lydia. Now, two years later, Elizabeth recalls what it felt like as well as the things she did while dealing with the new normal, including some performing experiences. She talks about her early years on stage, from making her Broadway debut in Mary Poppins to performing alongside renowned actress, Helen Mirren, in The Audience. Elizabeth also shares her experience living alone in New York at age 14 to pursue her dreams, all while making sure she still gets to have a normal life and childhood. With the success of Beetlejuice, she opens up about the connection she has with her character and the show’s message, and why she does it for the fans of the show.

Elizabeth Teeter is an American actress and Broadway performer with impressive stage credits under her belt, including several Broadway shows namely, “Beetlejuice”, “The Crucible”, “Mary Poppins” and “The Audience”. Her other credits include “The Secret Life of Bees” (Off-Broadway), “Jerome Robbins’ Broadway” (Regional), and “The Sound of Music” (Regional). Her TV and film credits include “The Last O.G.” and “Leaving”.